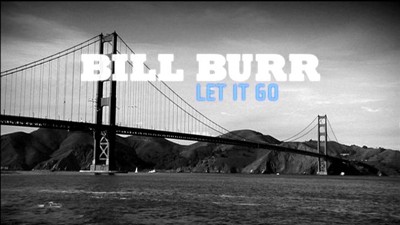 
The Story So Far:
Bill Burr is a pretty popular stand-up comic hailing from Massachusets. Though he hasn't broken through to mainstream success, he's made plenty of appearances in popular media, including Chappelle's Show and Opie and Anthony, along with specials on HBO and Comedy Central. Among comedy fans, he may be best known for his legendary ad-libbed rant about Philadelphia, a reaction to hecklers at the Philly stop of Opie and Anthony's Traveling Virus comedy tour, which showcased his ability to be angry and funny at the same time. He's released a previous stand-up DVD, Why Do I Do This?, which came out in September 2008.

The Show
Seemingly like most people from Massachusetts, Bill Burr is an angry man. There's no doubt about it and there's no limit to the things that make him angry, including stupid people and the indignities of modern society, especially when dealing with corporations. His personality is neatly summed up in this line from the special: "Do you know how many times a week I hear 'Why are you yelling?'" But he's not just yelling. He's yelling very funny things.

As Burr rails against, well, everything, he adopts an annoying voice to represent the people that anger him, a rogues gallery that includes mothers, caring Christians and people offering him cookies. Combined with his animated delivery and wacked-out faces, this voice makes his dark comedy and bitterness quite hilarious. It probably shouldn't be so funny when he goes into his loud, d-bag-exposing routine titled "What Are You, A Fag?," but when he talks about the last moments of repressed macho man, it's simply brilliant. So much of it is in the detail he adds, like when he describes a penny loafer spiraling through the air following a kick-ball strike-out. 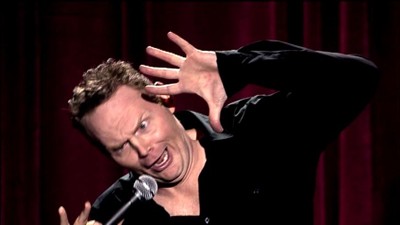 There's not much Burr won't joke about, blasting moms who think they have the toughest job on earth, assaulting children that are just being kids and extolling the virtue of good grammar when attempting to not seem racist. There are many moments that are just simply hysterical, like his anger at how companies make you do the labor with condiments and check-outs, when paying for their products, or his explanation of why old men look constantly horrified, which is topped off by his imitation of that look, which is utterly dead-on. It's really quite spooky.

The real meat of the show is his reaction to getting a dog with his girlfriend. The extended run about dogs, including a bit about Sarah McLachlan's ASPCA commercial, an adult appreciation of the value of having a dog at home and a comparison of rescuing a dog from the pound to adopting a prisoner, literally had me out of breath. It's been a while since I've laughed this hard at a comic and it's really all about the undeniable love a dog engenders, showing another side to this angry man. What a fag! 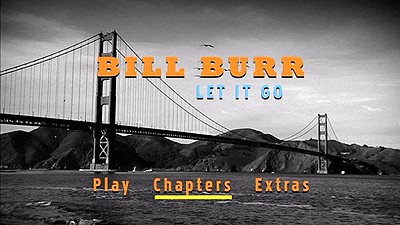 The DVDs
A one-disc release, this DVD is held by a standard keepcase. The disc has a static, full-frame menu with options to watch the show, choose chapters and check out the extras. There are no audio options, no subtitles, and no closed captioning.

The Quality
The anamorphic widescreen transfer looks terrific, even if it is just Burr standing on a stage in front of a burgundy curtain, mixed in with crowd shots. The image is sharp, sporting very nice fine detail and appropriate colors, as well as very deep black levels. There are no issues with compression artifacts, dirt or damage.

The Dolby Digital 5.1 track isn't too impressive, splitting the sound pretty evenly across the front of the room, with no real separation from the audience, and none of that nice depth from the front to the rear, replicating the audience's experience.

The Extras
There is a trio of extras included on this DVD, two with performance clips from his act and one looking at him off the clock. Up first is a five-minute pair of crowd-work moments, "I'm Blind/Thank You," which come from performances on the road. Though the audio could be better, since the crowd isn't mic'd, they are fun for Burr's ability to ad-lib, as he deals with some loud voices in the crowd. The one is a bit cringey, but they other is just goofy fun.

There are a about five and a half minutes of outtakes from the taping of the special. Some of it is just cut because it's OK, like his H1N1 segment or talk about The Biggest Loser, but a reference to an interrupting cameraman is amusing.

If you're a Bill Burr fan, you may already know about his Monday Morning Podcast, which is basically him doping his thing behind a mic, and you can watch him do it with this nine-minute look at him recording, telling stories about the DMV and the Rothschild family (a favorite topic of his.) It's more of the same Burr you're getting in the show, so if you like him, you should like him in his pajamas. 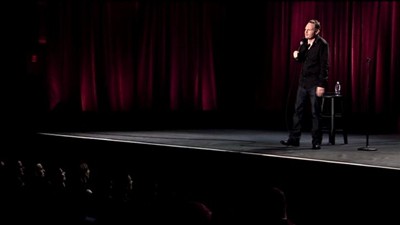 The Bottom Line
If you know Bill Burr, you know what to expect, and that's a fun time listening to a ginger lunatic rant on-stage. But if you're new to him, prepare yourself, because you will hurt listening to him as he jokes about beating an old lady to death. It's almost impossible not to, as most things he says make far too much sense. The DVD looks and sounds fine, and offers a few OK extras, making it less a necessary purchase, than a necessary watch.