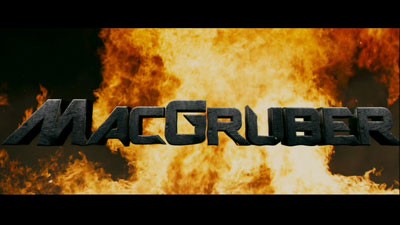 
The Movie
Movies made from recurring sketches on Saturday Night Live don't have the greatest track record in cinemas, delivering bombs like It's Pat and A Night at the Roxbury, when they aren't legendary outings like Wayne's World or The Blues Brothers. The main problem is in attempting to extend a concept that works for a few minutes to feature length. Most of the time, it results in a bloated mess, because the concept can't support the length. MacGruber, which actually has less content than most SNL sketches, became a film mainly by taking the character and going in a different direction, making him the star of an '80s action-film parody. Unfortunately, it doesn't quite work, and the resulting film is hugely uneven, peppered with some laughs, but mostly coming off as just a mediocre action comedy spiced up by Will Forte.

Forte is the same special agent we know and enjoy from SNL, though the focus here isn't his status as a MacGyver parody. This time, he's being called on by the government to defeat his old foe, the not-so-cleverly named Dieter Von Cunth (Val Kilmer), who's threatening the world with a nuclear weapon. After what's possibly the longest set-up in the history of film to the furthest telegraphed joke in the history of film (and the largest employer of WWE wrestlers outside of the WWE), MacGruber puts together a small team with singer/songwriter Vicki St. Elmo (Kristen Wiig) and neophyte military man Dixon Piper (Ryan Phillippe) to go after Cunth. The adventure proceeds as you'd expect from a action film with this plot, just with lots of silliness from Forte, including wacky faces, ass shots (with bonus vegetables), awful sex scenes and a fine impersonation of mental illness. Unfortunately, many of the big jokes are so telegraphed they become groaners, no matter how hard Forte tries to sell them (like his reactions following an explosion you can see coming from about five minutes away.) 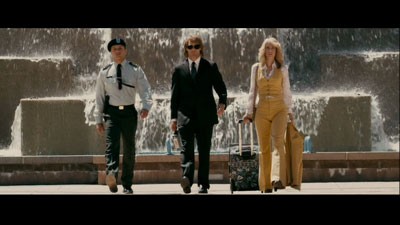 From director/co-writer Jorma Taccone, one of the minds behind SNL's great digital shorts, one would expect a tighter parody of '80s action films, and what's disappointing about that is you can see that film just beneath the surface of what made it into theaters. The use of smoke in many interior scenes to increase the drama, the over-the-top synthesizer-heavy music, the montages, the revenge storyline and even some of the dialogue are perfect riffs on the films on those VHS tapes that lined shelves of old video stores. But then, those same ideas are dropped and never picked up again. It would have been great to have MacGruber be a man out of time, having been away from modern society for a long time, but the opportunity was missed too.

No one should be surprised that Forte and Wiig are frequently quite funny in this film, as it would be near impossible for them to not be. They're just too good, and they often rise above the material, even if they can't raise the material to their level. Phillippe though is surprisingly good as the straight man in this comic trio, while Kilmer once again shows his comic chops, this time as the main bad guy. I'm an unapologetic fan of Kilmer, in large part due to his performances in Real Genius and Top Secret, and feel he's an underrated comic actor, mostly because he rarely does comedies. After an uneven career as a dramatic actor, perhaps he's got a second career ahead returning to his early roots.

This DVD offers both the theatrical version and an unrated edition, which runs about four minutes longer, but for the life of me, I can't figure out the difference. It may be extended a bit during Forte and Wiig's love scene, but it can't be by much, as Taccone notes during the commentary that they shockingly didn't have to cut anything from it. Whatever's been added in is hardly very noticeable. 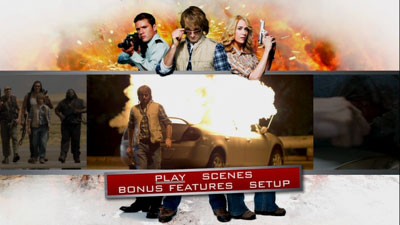 The DVD
A one-disc release, this DVD features a static, anamorphic widescreen main menu, with options to watch the movie, select scenes, adjust languages and check out the extras. Audio options include English, Spanish, French and Descriptive Video Service, while subtitles are available in English SDH, Spanish and French. There is no closed captioning.

The Quality
The anamorphic-widescreen transfer looks great, offering up a sharp image that shows zero problems with dirt, damage or digital artifacts. There's a pretty high level of fine detail, and the color is spot on. It's here where the unfortunate lack of genre-defining visual cues, like the smoky rooms, becomes most obvious, because the film just looks too good. An effort closer to something more like Planet Terror would have been appreciated.

The Dolby Digital 5.1 soundtrack is rather solid all around, presenting plenty of sound effects in the surrounding speakers, as one would expect from a film that revels in gun shots and explosions. The music gets a good amount of play as well, though there's some odd drop-outs in places, where the audio goes from all the speakers to just a few, when a scene changes. This may be on purpose, but it was slightly jarring nonetheless.

The Extras
Forte, Taccone and writer John Solomon (who participates over the phone) sit down to provide an audio commentary over the theatrical cut of the film, which was recorded before the film was released, so optimism was still in the air. Forte is his usual jovial self, cracking plenty of jokes and sharing some stories from the set that are certain to embarrass his family, while Taccone doesn't seem to have a lot to say, instead choosing to play a drinking game during the commentary, sipping a beer every time someone says MacGruber or some variation of the name in the film (which is often.) He doesn't seem to get too drunk though, so there's no real payoff for listeners. Solomon has even less to say, to the point where there's silence when Forte and Taccone suggest that he talk while they go to the bathroom.

There's more Forte to be found in the eight-minute gag reel, which doesn't feature the usual crack-ups, but rather on-set moments that wouldn't end up the in film, and in some cases alternate takes, especially lot of clips from the love scenes. The final moment with Kilmer takes the cake though, as it shows his personality. It is interesting to see a moment when Phillippe nearly lets a car roll off a cliff though, requiring help from several crew members.

There's also one mildly amusing deleted scene included, which ran about 39 seconds. It probably could have been left in the film without any problem. 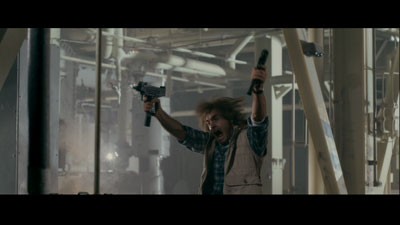 The Bottom Line
After hearing good things about the movie when it came out, I had some slightly high expectations, boosted by my opinion of Forte, Wiig and Kilmer. But the film is too slow to carry itself when Forte and Wiig aren't getting their laughs. The DVD looks and sounds good, and offers a few extras worth a look, but overall, there's not enough here to really recommend it.