Infinity Entertainment Company // Unrated // November 9, 2010
List Price: $29.98 [Buy now and save at Amazon]
Review by Stuart Galbraith IV | posted December 8, 2010 | E-mail the Author
After reading my recent review of White Christmas and my remarks about Bing Crosby's onscreen chemistry with co-star Danny Kaye, my pal Sergei Hasenecz marveled at how Crosby seemed to generate a relaxed camaraderie with just about everybody, from every facet of show business and beyond. I was continually reminded of this watching Bing Crosby - The Television Specials - Volume Two: The Christmas Specials, a two-disc set of five complete holiday shows plus a lot of supplementary material. Bing appears opposite a wide range of guests, from opera singer Mary Costa to rock star David Bowie - and he makes everyone look good.

The shows themselves are a very pleasant surprise. Variety-style specials from the 1960s and '70s tend to be extremely garish and lowbrow, with lame topical humor and labored slapstick sweetened with overly emphatic canned laughter. Guests and sometimes even the hosts read off cue-cards and rarely put much energy into these things. With few exceptions - the early Fred Astaire specials and large swaths of The Judy Garland Show come to mind - most of these specials have dated badly. Even Bing's frequent co-star, Bob Hope, made his own share of lackluster holiday shows that are just about unwatchable today, though they didn't seem so at the time.

In contrast, this collection of specials is more tasteful, placing greater emphasis on letting Bing sing solo and with his guests, and to engage in some genuinely warm and amusing patter, much of it ad-libbed. (On some shows even the comedy sketches are presented without a laugh track, a refreshing touch.) They span almost exactly 20 years, from December 1957 to November 1977, the last one airing about a month after Bing's death, and each is a fascinating artifact of its era, reflecting the technical and stylistic changes to the television holiday special form. It's an excellent DVD set. 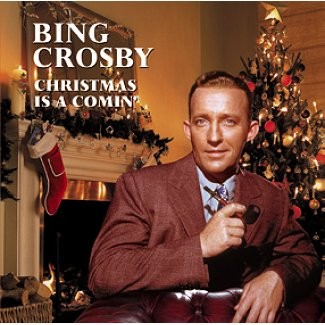 Bing was a real Anglophile and, appropriately, the set begins and ends with specials shot in England. "The Bing Crosby Show" (December 11, 1961) was made at the same time he and Bob Hope were filming The Road to Hong Kong which accounts for Hope's unbilled appearance near the end. The show has almost nothing to do with Christmas, but it's still fun seeing Bing on the real streets of London (and the reactions of flabbergasted Londoners he bumps into), and some of his clowning with character veterans like Terry-Thomas and, of all people, Miles Malleson, playing a judge. Bing sings "White Christmas," of course - as he does at the end of all five specials - but this show's musical highlight is guest soloist Shirley Bassey, very sexy, who solos on "Shooting High" and "As I Love You."

"The Big Crosby Show for Clairol" (December 24, 1962), in color and shot on tape, pairs him with musical star Mary Martin, who had only recently left the Broadway production of The Sound of Music, still in its original run. She and Bing hit it off extraordinarily well, despite their differing musical backgrounds and despite, once again, a dearth of Christmas music. Surely the strangest number in the collection is found here, "Doin' the Bing," a would-be dance craze performed entirely while seated in swivel chairs.

Included as an extra but basically another complete special is "Happy Holidays with Bing and Frank" (December 20, 1957), a half-hour show (all the others run 50 minutes) directed by Sinatra himself. And, unlike the other shows, this was shot in 35mm and in color, though it first aired in black & white. (A theatrical release in color was planned but aborted.) The show features many holiday standards and it's interesting to watch these two giants of 20th century popular music together. (Bing had an uncanny knack for getting others to check their egos at the door. Even with notoriously ungenerous Al Jolson Bing somehow maintained an equal footing.)

"Bing Crosby and the Sounds of Christmas" features Robert Goulet and soprano Mary Costa, but more interesting is the introduction of the Crosby clan: wife Kathryn Grant Crosby (who retired from acting shortly after charming a generation of children in The 7th Voyage of Sinbad), son Harry accompanies Bing on the guitar (quite well) for "The Christmas Song" and daughter Mary dances a bit of the Nutcracker ballet (not so well). Bing beams watching his son while Kathryn is visibly moved to tears watching the kids perform another number.

Filmed just five weeks before his sudden death on a Madrid golf course - Bing's last words: "That was a great game of golf, fellas" - "Bing Crosby's Merrie Olde Christmas" (November 30, 1977) is just so-so, and Bing looks uncomfortably thin and aged here, but the show has many weird highlights: Ron Moody, reprising his Fagin character from the movie Oliver!, singing with Twiggy, dressed as the Artful Dodger (Moody's also in Bing's first Christmas special); Bing's duet with David Bowie, the old man admirably not condescending at all toward the young rock idol. Scottish comedian Stanley Baxter is featured and at one point his does an extended imitation of Bob Hope. Though he doesn't resemble Hope at all, Baxter so nails Hope's mannerisms and cadence that Crosby can't stop laughing, a delightful moment. 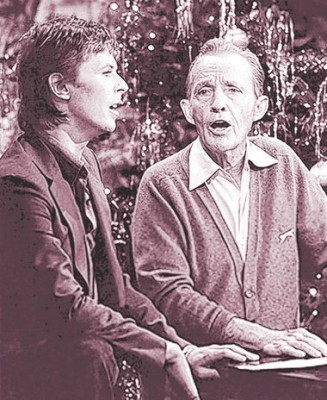 Though from a variety of sources - 35mm film, two-inch videotape, 16mm film (for the exteriors of the first British special) - all of the specials look terrific. Oddly, the '50s and '60s shows have a slight edge over the two '70s specials, which are a tad softer but otherwise fine. The first British show and the Sinatra special look particularly good. The Dolby Digital mono audio is fine; the disc is Region 1 encoded.

The set was executive produced by Kathryn Crosby, who also contributes to the liner notes. (Sadly, Crosby was seriously injured in an automobile accident last month in which her second husband was killed.)

Beyond the Sinatra special, the set includes outtakes from the Clairol special, which seem to be little more than slightly extended numbers. Also included is a Toys for Tots public service announcement Bing filmed on the set of Stagecoach (1965), and a 1976 film promoting British tourism. A four-page insert provides detailed, helpful mini essays on each program.

Nostalgically entertaining and featuring some terrific performances by Bing and his various guests, The Christmas Specials is a wonderful set I plan on revisiting year-after-year, so good are several of the shows, which all look great. A DVD Talk Collector Series title.