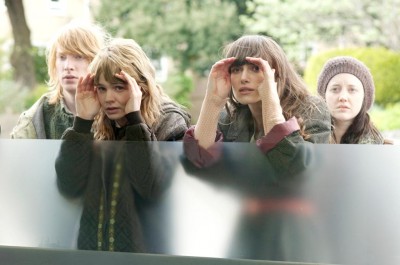 To review "Never Let Me Go" requires me to spoil "Never Let Me Go," and I understand how delicate a situation that is for some readers. However, the "twist" of the movie isn't a twist at all, but a casual revelation that requires a modest readjustment of perspective. Still, I want to preserve as much of the experience as I can for curious filmgoers, so, if the delicate nature of this knowledge is a mighty burden, please do not read any further. Actually, one more thing: this is an exquisite, artful tragedy of a motion picture. A film not to be missed.

Raised in the remote Hailsham boarding school, Kathy (Carey Mulligan), Tommy (Andrew Garfield), and Ruth (Keira Knightley) have grown up isolated from the rest of the world, learning about the outside through fragments of information supplied by a commanding staff (including Charlotte Rampling and Sally Hawkins). For Kathy, the doldrums are broken by Tommy, a temperamental boy who gives the young, thoughtful girl hope for romance. Cruelly, Ruth comes to steal Tommy away, building a relationship with the boy while Kathy watches in silence, unable to assert her true feelings. Leaving Hailsham, the trio learns of their true purpose: as clones in possession of internal organs that will soon be medically harvested. While Kathy joins the "Carer" program to comfort the donors, her thoughts return to Tommy and Ruth, who reenter her life during the delicate period of protracted death, referred to as "completion." 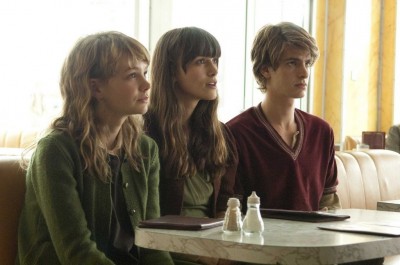 Though it touches on the ethical landmine of cloning, "Never Let Me Go" isn't a hot-button suspenser, with Kathy tearing off across the land in an effort to avoid her predetermined duty. Director Mark Romanek (his first film since 2002's "One Hour Photo") instead turns the novel by Kazou Ishiguro into a searing funeral march, examining the three stages of consciousness found within the lead characters as they wander through time toward their mysterious fate. It's a troublesome tale of prolonged grief, but, in Romanek's hands, the story becomes something of hushed beauty; a handful of sensitive moments that explore the grasp of love and death, two experiences horribly perverted in this sci-fi dusted saga of medical achievement.

Primarily Kathy's tale of awareness, the film attempts to construct a durable triangle of commitment, with the threesome moving from classmates to lovers and friends, and eventually to donors. The acting efforts from the cast are marvelous, with Mulligan, Garfield, and Knightley making meticulous use of their close-ups to communicate a specifically contained frustration in the lives of their characters, with added alarm coming in the form of rumors -- tales of donorship deferred due to love and artful gifts. Promises that help to fuel hope that the end can be postponed. The read of panic as the clones bite into life is spellbinding, with exceptional work all around, giving Romanek plenty to build with as he conducts the fragile tone of the piece. The performances take the material to another level, allowing the film to indulge its sense of distance while tapping straight into a potent vein of optimism as Kathy is soon confronted with an opportunity to retrieve what was taken from her as a child. 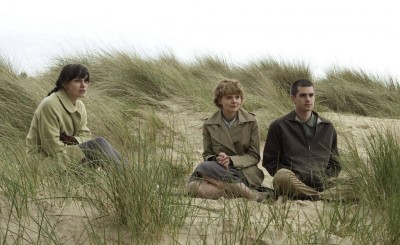 "Never Let Me Go" is a picture of immense sadness and resignation, but those blue corners create a riveting sit while, ever so slightly, bringing an eye-opening perspective to the concept of human cloning. With films such as "The Island," the sugar rush was provided in the ultimate fight for life. "Never Let Me Go" accepts the end as the way of the world, softly shuffling along to a purpose, not a choice.