On the Road with Charles Kuralt - Set 3

Veteran CBS newsman Charles Kuralt (1934-1997) is On the Road some more, with 14 new episodes (four fewer than last time) of memorable reports distilled from folksily-delivered network news segments beginning in 1967, later culled together for a half-hour series compiled for the Travel Channel. These wonderfully beguiling vignettes - each episode plays almost like a short story collection - consist of small town portraits and character studies in a vanishing Americana since surrendered to the great onslaught of Wal-Marts and Starbucks and McDonalds.

Looking at the vast sea of mediocrity that is network and cable news today, it's hard to imagine that once was a man with the observant eye of a Mark Twain reporting on everyday people in the style of a Thurber or a John Steinbeck (specifically, Travels with Charley). Kuralt kicked around the CBS network's news division for years - for a time he was their Chief Latin American Correspondent - but his interests lay elsewhere. His vignettes originally aired on The CBS Evening News with Walter Cronkite, and continued in some form until Kuralt's retirement in 1994, from the excellent Sunday Morning that for a time he hosted. Kuralt took to the serenely peaceful back roads of America (in a spacious white Winnebago that became something of a trademark), reporting about "people you don't read about on the front pages," Kuralt would say, "They've never been on the front pages." 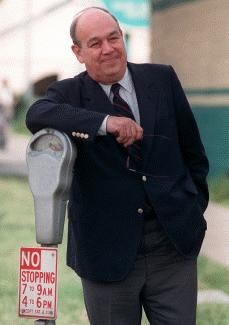 Each episode contains three to five segments of varying length; most seem to date from the 1970s and early-1980s. Many of the segments are merely amusing and not far removed from the kind of evening news fodder network and local news shows like to stick at the end of a typical news broadcast: Kuralt visits a school where the students all ride unicycles in the halls between classes, for instance.

But where On the Road really works its magic are those humanist stories with an Ikiru-like profundity, stories of perhaps solitary people finding validation through transforming acts of kindness. In this set you'll find Kuralt visiting with a cheery conductor on a Texas Amtrak line who on every run makes a point of stopping his train dead in its tracks so that the passengers might wave to the lonely old lady in one rural town, and again at another stop so he can drop off presents to the little boy with a passion for the train and a grandchild-like love for its conductor. If his incredible selflessness doesn't leave a lump in your throat, than this set is not for you.

Americana is a big part of these reports: an extended segment about Ellis Island, remembered by immigrants old enough to vividly recall the experience (immigrants now, presumably, long since passed). Kuralt meets the nation's oldest park ranger, an old-fashioned horse trader, and farmers in North Dakota. Speaking of Twain, there's a segment all about Hannibal, Missouri, while in another Kuralt profiles a man who made his own steam-driven calliope. Possibly inspired by the success of the Broadway musical play 1776, Kuralt tours Independence Hall, in another extended report in which he brings color to the weeks surrounding the adoption of the Declaration of Independence. In the Florida panhandle poor blacks eke out a living "worm grunting," summoning giant earthworms out of the ground with simple if special tools made of iron and hickory. Are there people still doing this? On the Road segments raise as many questions as they answer.

The 14 On the Road compilation shows are presented on three single-sided DVDs in their original full-frame format. The segments seem to have been shot on both 16mm film and early (make that prehistoric) videotape, with everything preserved on tape. Given their origins as evening news segments, they look okay, while the mono audio, with optional SDH subtitles, is adequate.

Supplements include a very welcome but frustratingly incomplete 'Road' Updates, bringing the viewer up to date on the people and places featured in about one-fifth of the segments. A bit more digging to include each segment would have made this an invaluable extra; as it is it looks like a researcher spent a spare hour or two tooling around the Internet.

However, this is balanced by a excellent 55-minute interview with Isadore Bleckman, Kuralt's longtime cameraman On the Road and, later, Sunday Morning. Though a talking-head piece, Bleckman's stories - about his own background (he shot Lee Harvey Oswald's assassination for Fox Movietone News), Kuralt, and specific Road stories are enlightening, fascinating, and often touching.

Also included is a detailed text biography of Kuralt that omits the newsman's secret "shadow" family, a story learned only after Kuralt's death.

This is a real treasure trove of material, the kind of thing the DVD format is especially good at, of a show you'll want to savor over many weeks. On the Road is not the sort of thing you'd expect to turn up on DVD, but I'm sure glad that it did. A DVD Talk Collector Series title.