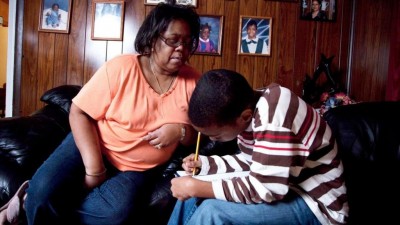 It's tough to avoid coming across as a Grinch while writing a disapproving review of the documentary "Waiting for 'Superman.'" Yet, when I exited the theater after 100 leisurely minutes of dripping sincerity, I felt nothing. There was no anger, no sense of hope. Just a mild tremor of disgust and a wave of suspicion. This is the type of movie that should galvanize a nation, urging the population to rise up and change the system. Instead, "Waiting" seeks a good cry and some cuddling time as it charts the erosion of the United States of America.

Director Davis Guggenheim struck pay dirt with his 2006 lecture film, "An Inconvenient Truth." Trafficking in environmental gloom, the director found a potent way to serve up his ideas while still retaining a glimmer of optimism and bit of theatricality. "Waiting" takes on an equally troubling topic as climate change: the failure of education in America. It's a subject ripe for dissection, leaving Guggenheim a wide-open field to deliver his brand of cinematic shock and awe as the atrocities of the public education system are revealed to a presumably wide audience. The time has come to open some eyes and figure out a way to rewire a faulty machine that's producing mediocrity at an alarming rate.

Instead of a clenched fist raised to protect our youth, Guggenheim reaches for the Kleenex. 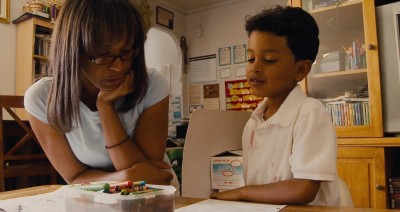 Following the lives of four students from disparate parts of the country, Guggenheim (who also narrates) endeavors to isolate the needs of the child -- that seed of promise being tossed aside by a massively tangled system of schooling that's failing to provide the proper education to the youth of the nation. It's an admirable cause; however, "Waiting" elects a more liberal route of engagement, openly wondering about the needs of children instead of challenging the system with a tightly scripted plan of attack. Guggenheim offers whimsical animation and interview footage to back up his ideas, which encompass the malfunction of public education and the rise of alternatives such as charter schools, temples of education so tightly attended, potential students must enter their names into a lottery to have a shot at acceptance.

Another point of contention is found with teacher unions. Formed to protect even the most inferior of educator from dismissal, the unions are essentially blamed for the mess we're in, rendered untouchable due to their colossal political donations. Guggenheim locates a worthwhile electric shock here, interviewing the likes of charter school founder Geoffrey Canada and besieged Washington D.C. public school chancellor Michelle Rhee, who recount their struggles with the unions -- a throng of comfy adults who the director suggests would rather save their own behinds than consider the needs of future generations. 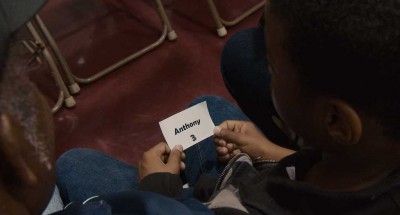 With overall academic proficiency at dangerously low levels, schools are hurting. Our children are hurting. Unfortunately, Guggenheim wants to swim a few laps around that pool of hurt, hitting a sorrowful note as the challenge to correct the system is perhaps too daunting to attack. The climax of the film takes cameras into the lottery system, watching as the families learn their fate: do they endure another year swallowing nails at a public school or are they granted the sweet release of a charter school? Here, the viewer should be irate that an opportunity like this is relegated to a game of chance, but Guggenheim swaddles the suspense, which appears to defeat the purpose of the picture. Who cares of these kids catch a break? The mere fact that they're jockeying for a decent education should be enough to burn the whole system to the ground. Instead, the director reaches for the heartstrings, ending the film with a display of manufactured emotion so saccharine, it would make Walt Disney wince.

Change? Hope? Action? Well, there's a number you can text at the end of the film for that. Gee, thanks, Mr. Guggenheim.