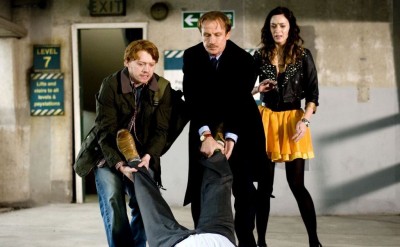 "Wild Target" is a feature that causes extreme discomfort. It's not an especially hideous action comedy, merely one that wastes a colossal amount of thespian skill on uninspired material, tumbling through 90 minutes of screentime without achieving any laughs or thrills, leaving a group of marvelous actors to twist in the wind, waiting for punchlines that never arrive. It's all such a shame.

Rose (Emily Blunt) is a con artist who uses her considerable sexual allure to lie, cheat, and steal her way through the average day. Looking to make a killing selling a forged Rembrandt self-portrait to gangster Ferguson (Rupert Everett), Rose doesn't get very far before the scam is discovered and she finds herself face-to-face with hitman Victor (Bill Nighy). A sexually confused killer with an impeccable track record and a judgmental mother (Eileen Atkins), Victor accidentally protects Rose from a second set of hired guns, led by the sadistic Dixon (Martin Freeman). Taking off with impressionable bystander Tony (Rupert Grint), Rose and Victor take refuge in the hitman's stuffy home, where the young temptress teaches the uptight, finicky assassin to loosen up. 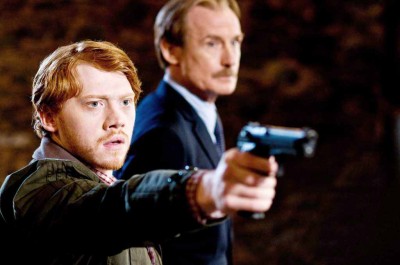 It's been quite some time since director Jonathan Lynn was last seen in theaters, going back to "The Fighting Temptations," an abysmal Cuba Gooding, Jr. picture from 2003. Rooting his tastes in the art of comedy, there's really never been much to laugh at during Lynn's odd career, making "Wild Target" an apt addition to his list of dismal silver screen achievements. An exhaustively strident movie, Lynn doesn't nail down an enticing madcap tone to the feature, preferring to play it up as a bullet-riddled farce, frosted with an obnoxious score by Michael Price, who's ordered to attach tap shoes to the concrete block already secured to the feet of the material.

A remake of a 1993 French comedy, "Wild Target" comes across as painfully slapdash, with screenwriter Lucinda Coxon struggling to maintain a sense of whimsy to a plot that contains a pool of abhorrent characters. Had Lynn gone a touch darker, the feature could've sprung to life, having a ball with dastardly deeds. Instead, the director aches to be more sympathetic, playing wiffle ball with violent events, making sure the viewer is in a position to embrace these characters at any cost, failing to explain how so many tolerate Rose's brazen sociopathic tendencies. Lynn cares more about Blunt's costume changes and protecting the feeble network of near misses contained in the script, leaving the gifted actors alone to sort out the knotted motivations. 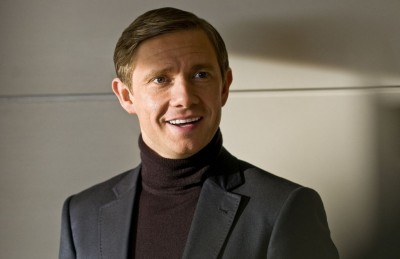 The cast does what they can with Coxon's flaccid screenwriting, drumming up a certain vigor that carries a few of the more frantic sequences. Otherwise, it's an ensemble waiting around for jokes with office elevator patience, painfully working through sequences that never ignite. Nighy and Freeman (wearing oversized fake teeth to bring some cartoon dimension to the role) are always a treat to watch, and Blunt is suitably cast as the wet-lipped femme fatale, despite the writing's appalling lack of rationale. Again, the troupe strains to make the farcical ambiance stick, twirling guns and one-liners, but it's all lost on Lynn, who struggles with the timing and fundamental logic of the material.

It's a film that should've been deranged and malicious. Instead, "Wild Target" aims to be cute, which completely squanders the potential of the material.