Starz / Anchor Bay // Unrated // February 15, 2011
List Price: $26.97 [Buy now and save at Amazon]
Review by Justin Felix | posted February 12, 2011 | E-mail the Author
The Taglines:
THE FUTURE IS UNWRITTEN BUT THE PAST IS INESCAPABLE
FROM THE EXECUTIVE PRODUCER OF PLATOON AND THE TERMINATOR 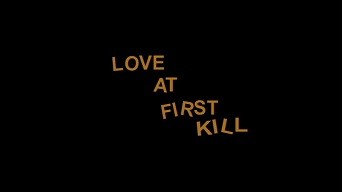 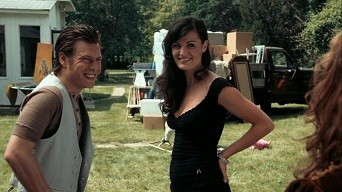 The actress Margot Kidder has had quite a film career, when you think about it. Most moviegoers probably remember her best as Lois Lane in the still-iconic Christopher Reeves Superman blockbuster quartet a few decades ago. However, she's also had major roles in several cult classics like the seminal slasher Black Christmas and the original Amityville Horror. While she may no longer be a Hollywood A-lister, her IMDb profile suggests she has steadily kept busy over the years.

Margot Kidder's name appears prominently on Anchor Bay Entertainment's DVD cover art for Love At First Kill, a 2008 thriller that - perhaps ironically - hits store shelves on the day after Valentine's Day this year. And, truthfully, she's about the only reason to see this hackneyed movie. Kidder gives an over-the-top, almost farcical performance as a disturbed elderly mother named Beth who likely killed her husband long ago and now whiles away her days in a prescription drug and alcohol-fueled stupor, obsessively overprotective of her grown son who still lives with her.

This grown son is named Harry (Noah Segan), an awkward-looking jobless man who spends his days at home painting portraits of boxes. (In fact, the IMDb lists this film under the less-exciting title The Box Collector.) Yes, that is his calling in life: painting boxes. He's on prescription medication too, by the way. Now, one would think that he would not be very successful with the ladies given his circumstances, but au contraire, in the Bizarro universe this film creates, he's somehow quite a catch. The sexy young pharmacist at the drug store where he picks up his meds, at the start of the film, makes it clear that she's readily available to him. The sexy young bartender who serves him beer at the local tavern is quite intrigued by him. And Marie, the sexy young divorcee who moves in next door to Harry and his mother, starts flirting with him before her stuff is even moved into her house.

Marie (played by Belgian actress Lyne Renee), right away, becomes a problem for Beth. She doesn't like her, she doesn't like her young daughter, and she doesn't like the way that she flirts with her boy. When Harry offers to help the movers with Marie's stuff, she readily accepts. Turning to Beth, she says with a smile: "the more men the better." The look on Margot Kidder's face in response is comically malevolent. And as Beth downs her pills with swallows of Pepto Bismol and seeks advice from her tarot reading - and equally crazy - friend, the dark humor of the movie comes off very nicely.

Had Love At First Kill stuck with this storyline, it could have served as a memorable 45-minute episode of an anthology series. However, this is a 94-minute production and the film gets bogged down by thoroughly needless subplots involving a philandering snake wrangler (Michael Bowen from the recent Last House on the Left remake), a part-time cop who takes a shine to Marie, and the return of Marie's crazy ex-husband. These distract from what should have been the heart of the story: the "love triangle," in essence, involving Marie, Beth, and Harry. The great dark comedy Teeth had a premise intriguing enough to sustain it to feature length. Love At First Kill, unfortunately, clearly did not. Add to that a confusing and unsatisfying ending that calls into question everything that happened before, and one ends up with another in a long line of forgettable psychological thrillers.

I'm giving Love At First Kill a Rent It recommendation largely because I thought Margot Kidder's performance is worth seeing. It's almost as if Beth is the aged equivalent of Kidder's drunkenly unhinged character in Black Christmas. Given the disc's complete lack of extras, though, Rent It is the best I can suggest. 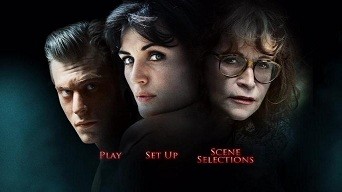 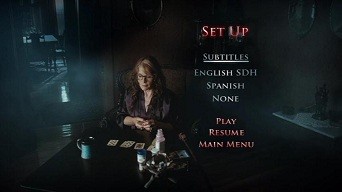 Anchor Bay Entertainment presents Love At First Kill in anamorphic widescreen with a 1.78:1 aspect ratio. The image is satisfyingly sharp with a strong color palette.

The lone audio track is an English language Dolby Digital 5.1 affair. Dialogue is always clear, and truth be told, that's all that's really important in this talk-heavy thriller. Optional subtitles in Spanish and English for the Deaf & Hearing Impaired are available.

A trailer for Flashbacks of a Fool precedes the main menu, and that is it for extras. This DVD is about as bare bones as a DVD can be.

Margot Kidder gives an over-the-top and creepily fun performance as the possessive mother in Love At First Kill. She's the only real reason to see this otherwise disappointing darkly comic thriller, though, as a good premise is diluted by extraneous plot elements and a confused ending.