Stranger on the Third Floor 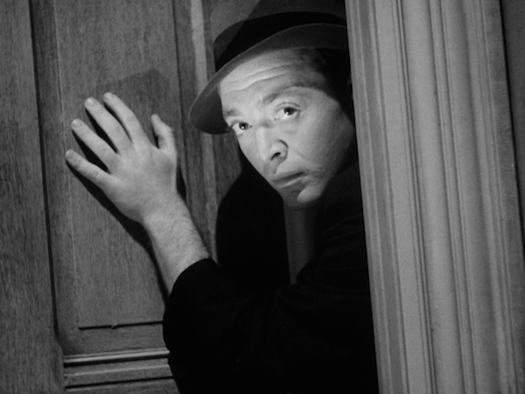 Despite receiving top billing, Peter Lorre only appears in the 1940 thriller Stranger on the Third Floor for roughly ten minutes. Even so, Lorre earns his keep during every second he's onscreen. Moving with an uncanny slowness and wearing a quizzical expression, the actor plays a potentially murderous vagrant whose look is so indelible that it haunts the scenes in which he's not even present.

Stranger on the Third Floor displays the economy of a pulp short story, as it details a hellish trip deep into the conscience of newspaperman Mike Ward (John McGuire, whose square jaw makes him look a little like Bruce Campbell from certain angles). Mike hopes to get married to the upbeat Jane (Margaret Tallichet, who looks a lot like Tina Fey from all angles), so he is pleased to receive a promotion after getting a big scoop on a flashy murder case. You see, thanks to Mike's eyewitness testimony, cabbie Joe Briggs (The Killing's Elisha Cook, Jr.) is found guilty of slitting the throat of a lunch counter owner.

Granted, Mike didn't see Joe commit the crime, but he did see what he assumes is the immediate aftermath: Joe standing over the corpse and then running away scared. It's circumstantial, but it's enough to get poor Joe railroaded to the electric chair. (The case is assumed to be so open-and-shut that the presiding judge needs to snap out of a daydream when the defense makes an objection.) While the distracted court might be convinced, Jane is not. She can't stand the idea of an innocent man's blood on the hands of the man she is going to marry. Mike ponders long and hard about what he could possibly do about this, but initially he comes up with nothing.

Now, here is where the movie brilliantly subverts our expectations. It seems like we're being set up for a film where Mike decides to dig deeper into this case and find out the hidden truth of the murder, presumably exonerating the innocent cabbie in the process. Instead, the film follows Mike to his slightly shabby boarding house, and up to the third floor, where our hero lives next to a noisy, nosy, old neighbor, Mr. Meng (Charles Halton). At first, everything seems normal -- the old coot is peacefully snoring his fool head off -- but then two strange things happen: first, Mike sees Lorre's half-goofy, half-menacing Stranger make his way downstairs and out the door, and then he notices... Mr. Meng has fallen silent. Mike's intuition tells him that the old man is dead, but knowing what happened to Joe Briggs, he's afraid to get involved and end up wrongly fingered for the crime.

During the film's next stretch, we sit with Mike, as he flashes back to things he has said in the earshot of others about Mr. Meng, gradually realizing that fate is coaxing him into the same kind of circumstantial trap that snared Joe Briggs. As necessary as these scenes are in developing the point that the film is trying to make, they also arguably make up the film's weakest section, due in no small part to John McGuire's broad overacting. Yes, yes, I know this is a quickly shot, low-budget programmer, but boy, this guy is distracting. McGuire is finally upstaged by an eye-catching, expressionist dream sequence, in which Mike extrapolates upon his horrible fate.

The final act of the film is another pleasant reversal of expectation, as Mike is sidelined and Jane is forced to take it upon herself to track down this mysterious man. The only thing that could be scarier for Jane than not finding Peter Lorre's character is figuring out what to do when she actually does find him. Director Boris Ingster perfectly stages this climactic meeting between Jane and the Stranger, allowing the upper hand to drift subtly from character to character. Even though the wrap-up of this sequence is a little too rushed for my taste, it's still extraordinarily effective.

Stranger on the Third Floor is often considered one of the first film noirs, but I would tend to fall in line with the notion DVD Savant put forward in his review, which is that the film plays out more like a psychological horror film with expressionist tendencies. Whatever you want to call it, it's a well-made little film and well worth your time. 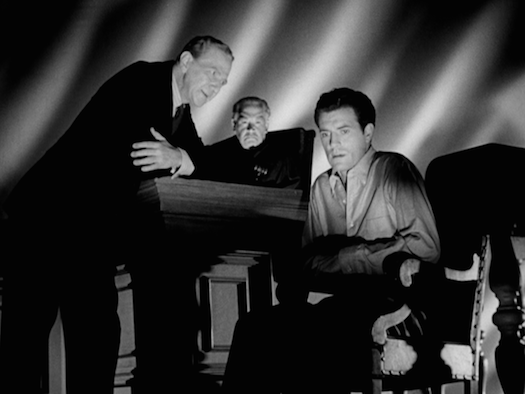 The DVD
Stranger on the Third Floor has been released as part of the Warner Archive Collection of manufactured-on-demand DVD-Rs.

The Video:
There's a lot to like about this standard 1.33:1 transfer. The contrast is nuanced and attractive. Blacks are rich and inky, with a decent amount of shadow detail. Otherwise, detail is solid for an SD presentation. No major noticeable compression issues. The only real drawback is that the film print has not been digitally touched-up, so there is a fair amount of dirt, specks, and minor damage throughout.

The Audio:
There's a little bit of crackle and hiss present on the Dolby 2.0 mono audio, but I only noticed it when I watched a portion of the film with headphones. From my home theater set-up, these defects were negligible. Sometimes the dialogue quavers a bit, but overall, it's clear and understandable. No subtitles.

Final Thoughts:
My major complaint with Stranger on the Third Floor is that there's not enough of Peter Lorre's understated malevolence and too much of John McGuire's overwrought neuroticism. Otherwise, it looks great, it has a great script, and it is intelligently executed. It's definitely worth checking out. Recommended. 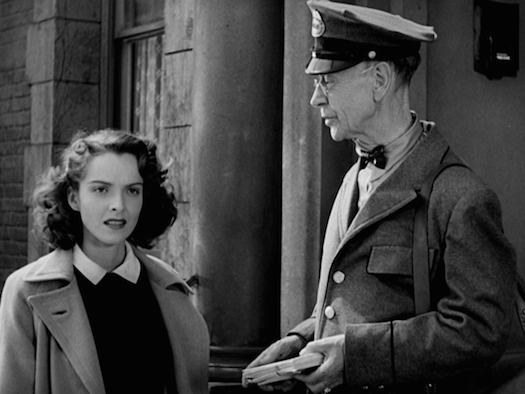