Ugh. That says it all. The third, in name only, sequel to "The Crippled Masters," reunites Frank Shum and Jackie Conn in a terrible, full-blown exploitative melodrama, "The Crippled Masters 3: Fighting Life." Gone are the martial arts overtones of the first two films, and in their place comes an overly long, bizarre drama pitting Conn and Shum as two brothers in Taipei, struggling to fit into society that is more interested with pointing at them and ensuring they are discriminated against. Shum tries to find work as a cab driver, employing his feet in lieu of hands, for more than one scene where the camera focuses on this act like some sort of sick, elementary school novelty. Conn on the other hand, desires to be a martial artist, because this is supposed to be a martial arts movie, right? Tedium ensues. 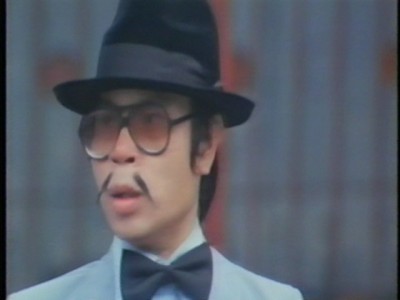 I had my own issues with "The Crippled Masters 2: Two Crippled Heroes." While it delivered the action, it suffered from an overly long set-up, and just wasn't as polished as the original, which was light years from being high art. "Fighting Life," is an obvious final cash grab at what I can only assume was Jackie Conn and Frankie Shum mania in the early 1980s. There's no attempt at anything making sense; when things languish to the point where viewers are ready to send the disc flying across the room, who should turn up but a random bad guy. Decked out in a suit that appears to be the unholy combination of traveling salesman and pimp, he makes sure to spoil Shum's panhandling exhibition of throwing coins into his pockets with his toes; a beating is dished out for good measure. This leads Conn to quit his job as a carpenter and train in the martial arts. 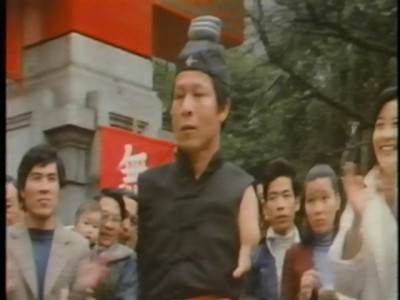 The biggest crime in the film is how even the training sequences are turned into bad attempts at comedy. The two brothers fall more than once as quirky lighthearted music plays in the background. When they're not training, the director makes sure show Shum fall on his face and flop like a fish, unable to easily lift himself up. The movie is just plain boring and mean-spirited, and found myself unable to even find humor in the campy moments that stem from the classically awful dubbing. "Fighting Life" eventually delivers on the promise of martial arts action, but it's too little, too late to salvage this mess. The finale, set at a martial arts tournament feels like a complete afterthought, possibly an idea scavenged from another film. Our heroes make their contractual appearances, but mostly rehash bits from the previous films, and not even the greatest hits. The final insult comes as Shum gives a speech about the disabled being useful and everyone jumps in the air and cheers. Cue credits. I only wish I were making that up. 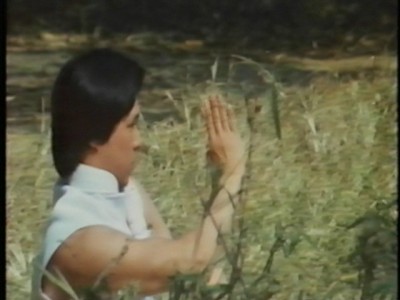 The third and final film in the "Crippled Masters" trilogy is 88-minutes of garbage, with one or two scenes of mild entertainment. It's a lazy excuse for filmmaking and I make no reservations saying it's the worst martial arts film I've ever had the misfortune of bearing witness to. Frankie Shum and Jackie Conn deserved better than this; they deserved at least a B-grade story and plentiful action set pieces to show off their unique martial arts. Instead "Fighting Life" exploits their handicaps, turning them into novelties rather than highlighting their novel methods. 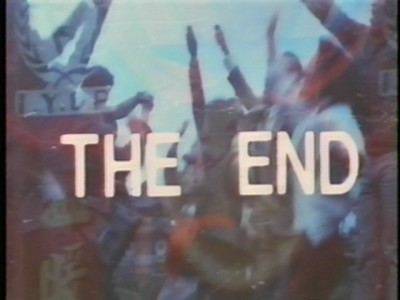 
The 1.33:1 transfer is another disaster. Sourced from what appears to be a second or third-generation VHS, tracking errors rear their ugly head and the murky image is plagued by a healthy dose of digital noise. Like the original film, the aspect ratio should be 2.35:1, and not only is cropping heavily noticeable, the image looks squashed in a handful of scenes. I have no doubts that copies of the movie are extremely hard to come by, but the end result is an incredible let down.


The English stereo audio track is full of high-end distortion and tinny dialogue. No signs of steady audio damage are present, but it's not a pleasant sounding track. Not a deal breaker, but like the video quality, incredibly disappointing.


The lone extra is homemade looking short film titled "Farewell to Arm." It's not worth watching.

'The Crippled Masters 3: Fighting Life" is an unfunny, unexciting, exploitative pile of excrement masquerading as a wishy-washy martial arts film. With a haggard technical presentation that makes one pine for a good VHS copy of the film, the end product is complete waste of time and money. Skip It.