Whether "The Crippled Masters" was a box-office hit in it's native country is something I can't confirm or deny, but the existence of two, in name only sequels leads me to believe that at some point, Frankie Shum and Jackie Conn were in demand. In the first sequel "The Crippled Masters 2: Crippled Heroes," our deadly duo are thrown together via random circumstances involving Shum's initial sidekick in the movie, a chimpanzee. The film, another poor English dub chooses not to provide pronounceable names for Shum and Conn, let alone anyone else in the movie, so when I refer to characters by their actors names or the vague descriptors, it's not out of laziness. 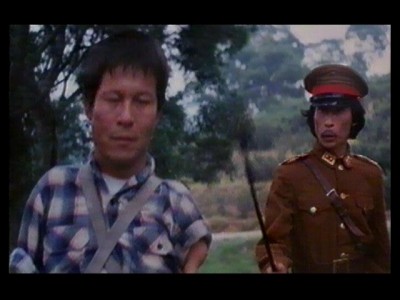 The fact the film doesn't care to establish names for many of these characters, instead referring to them as "blind woman," "cripple," or "thief," should clue viewers in that the story is an undeveloped mess. Set in an undefined time period that I can only determine to be the late 70s or early 80s, due to a passing reference to Bruce Lee, our heroes are tasked with caring for a young blind woman, the victim of an evil politician. The film languishes for the first 45-minutes, leaving Shum and Conn to show off their skills as a sideshow act, begging for money. However, when things take a dark turn around the midway point, our heroes enter that "take no prisoners" attitude fans want and quickly begin to dispense their unique brand of martial arts justice.


"Crippled Heroes" is definitely a more exploitative film than its predecessor, treating our heroes at times bumbling buffoons, in between fights. Their continual bickering and negative attitudes also render them a bit unlikable. However, when you have over-the-top villains trying to accost and ultimately blinding women, stealing from the poor, and threatening the defenseless with bevy of rifles, rooting for a couple of Grumpy Gusess isn't a big stretch. What little humor "Crippled Heroes" has comes from the truly wretched dub, which injects a string of classic Edward G. Robinson-esque "yeahs" and "you sees" into the dialogue of random villagers and henchman. Dialogue is broad and uninspired, but no one is going to buy the movie for its story. 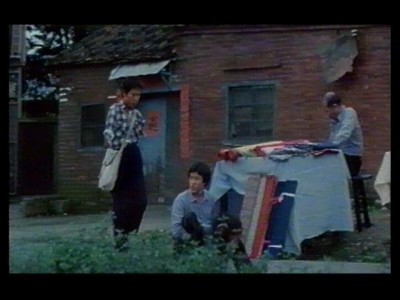 Fight scenes are impressive as the original film, even if some stunt work results in sections of slower paced action to provide Conn a chance to scale trees and improvise aerial attacks from cleverly devised rope system. Shum returns with some equally impressive tracks, most notably his penchant for fighting with and throwing knives using his toes, and once again is de facto leader of the duo. Fights aren't as plentiful as the original, and the focus on the wishy-washy story is going to frustrate some, but if one can soldier through the slow build, the resulting action sequences are bound to please. The final showdown does put the original's finale to shame several times over, giving Shum and Conn weapons to work with and a villain far more motivated to kill them. Shum's foot daggers and Conn's aerial surprises give viewers the feeling that the fight could end at any moment, a tension that's always appreciated in a martial arts film.


As a big fan of the original "Crippled Masters," I won't hesitate to say "Crippled Heroes" is a let down. Overly long, meaner, and at times even more incomprehensible than the original, it's not film for everyone. Had the filmmakers not treated Shum and Conn like novelties and instead played off their already established skills as performers, the film could have been a much more satisfying B-grade martial arts entry. Fortunately there are enough thrills to make it worth seeing once and big fans of the original might want to revisit sections of it from time to time, a mild success overall. 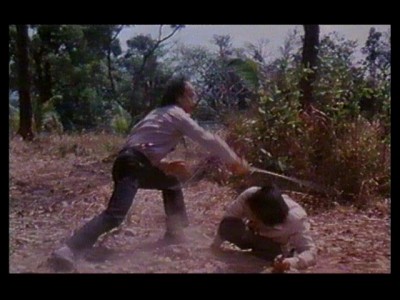 
The 1.85:1 (by my approximation) non-anamorphic transfer is a disappointing mess. Sourced from what appears to be a second or third-generation VHS, tracking errors rear their ugly head and the overly dark, murky image is plagued by a healthy dose of digital noise. Despite the semi-widescreen aspect ratio, signs of cropping are still evident and I suspect, like the original film, the aspect ratio should be 2.35:1. I have no doubts that copies of the movie are extremely hard to come by, but the end result is an incredible let down.


The English stereo audio track has a persistent, low-level hum, while dialogue is very thin and distorts any time someone raises his or her voice. Not a deal breaker, but like the video quality, incredibly disappointing.


The lone extra is an incredibly unfunny, one-minute short film titled "Pagoda Hell." It's nothing more than footage from another martial arts film with the audio re-dubbed with "Three Stooges" sound clips.

"The Crippled Masters 2: Crippled Heroes" is not a horrible martial arts film, but a far cry from the unique fun that made the original an obscure cult classic. Lighter on action, but heavy on melodrama, it's geared towards the hardcore martial arts fan and mega fan of the original. Compound that with a truly abysmal DVD release, and I can't fully recommend a purchase of the film, except to the most devoted Shum and Conn fans. Rent It.