Kino // Unrated // February 8, 2011
List Price: $19.95 [Buy now and save at Amazon]
Review by Stuart Galbraith IV | posted February 16, 2011 | E-mail the Author
Safe ... Not Sorry, a compilation film of educational shorts from 1946 to 1982, is the cinematic equivalent of visiting a flea market, stumbling across second-hand items triggering a kind of nostalgic fascination - but not really enough to want to buy those items and take them home. For this reviewer, watching these short films raised more questions than answers. While somewhat interesting and certainly a worthwhile field of study for cinema historians and cultural anthropologists, I kept wondering: Who'd want to watch these things? Lovers of high camp? Hipster-types who think they've stumbled across some undiscovered country of great art?

The 14 shorts, running an average of about 14 minutes in length, are alternately absurd, amateurish, pitiful, campy, and surprisingly effective. Some were produced by filmmakers with connections to Hollywood, but most were the product of big companies like Coca-Cola, organizations like the National Rifle Association, school boards, university film programs, and fire departments. The packaging and menu screens are attractive, and the shorts are accompanied by on-screen viewing notes and an introduction by series curator Skip Elsheimer. 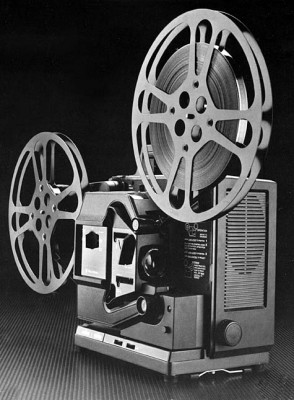 I have no idea what and how schoolchildren and teenagers look at educational films today - one assumes most have access to PCs, the Internet, and programs offering a lot of interactivity. But back when I was in junior high and high school (and dinosaurs still roamed the land) ours was an age of filmstrips and scratched-to-hell 16mm movies. However, running short movies like those presented here had very little to do with actually educating children on issues of safety. Rather, cranking up projectors to show them was - at my school anyway - more an excuse for the teacher to step out for a smoke and a cup of coffee, a brief respite from the pandemonium. Back in the classroom we rarely paid much attention to the film; with the teacher out of the room we'd usually chat among ourselves, though our inattentiveness to films like Trigger Happy Harry (1946) rarely cost us our lives.*

While I'm delighted these titles still exist, watching Safe ... Not Sorry was a pretty grueling experience. The films were made on shoestring budgets and look it. Some were shot without any synchronized sound and the acting is uniformly terrible. A few are comparatively epic, such as Ghost Rider (1982), in which the ghost of a high school girl teaches bus safety to the new kid on the block just in time for a spectacular crash (the bus teeters off the edge of cliff). Or Our Obligation (1960), in which the Los Angeles Fire Department, in demanding basics like a sprinkler system linked to fire alarms in the school, seems to have filmed the controlled but spectacular burning of a real high school.

Generally though, the movies are clumsy and play like backyard home movies. Don't Touch (1972), a cautionary tale about children and blasting caps, is undermined by a bad take in which the guy from the bomb squad clumsily drops his safety helmet near all the explosives. I guess there wasn't money or time for a second take. (Or, worse, maybe this was the best one.)

Some shorts, such as Dangerous Stranger (1972, but a shot-for-shot remake of a 1950 educational classic) and Live and Learn (1951, both made by the "King of Calamity," Sid Davis), and Ten Long Minutes (1961), play more on the fears of adults than kids, suggesting that behind every corner is a child molester lying in wait, or how innocuous household items can easily disfigure your son or daughter for life. The playful children running with scissors, jumping off rooftops, or who unhesitatingly climb into a stranger's car are enough to make any parent wince, no matter how amateurishly shot.

Films like these and Safety with Animals (1961), with kids mercilessly taunting farm animals to the breaking point, probably encouraged as much as discouraged irresponsible behavior.

In trying to be innovative several shorts are merely bizarre. One Got Fat (1963), narrated by Edward Everett Horton in "Fractured Fairy Tales" style, tells of a group of playful monkeys (played by the filmmakers' own children, wearing masks) who in riding their bikes to a picnic disobey safety laws and, one-by-one, are mowed down by various oncoming vehicles, including a steamroller. Besides Horton's incongruously lighthearted narration, the ape masks themselves are genuinely creepy, resembling William Tuttle's make-ups for the classic Twilight Zone episode "The Masks." Safety: Harm Hides at Home (1977) is another trip into Bizarro World, with a chubby free-lance architect and volunteer crossing guard transformed by visiting aliens into Guardiana, a Wonder Woman/Ultraman knock-off.

The original negatives for these movies are presumed lost to the ages. What's sourced are complete if faded and scratched-up 16mm prints, but they're entirely serviceable and, frankly, in keeping with the experience of seeing them in the classroom 40 and 50 years ago. The liner notes and Elsheimer's introduction tries to put each film into context though it's also clear information about them is often practically non-existent. The child actor featured in Ghost Rider does a commentary track, complete with 16mm projector whir in the background.

Interesting though best taken in small doses, Safe ... Not Sorry is an unusual and somewhat interesting artifact of a bygone era, but I don't expect to be watching An Outbreak of Salmonella Infection again anytime soon. Recommended.


* Fortunately, my classmates and I were lucky enough to have several teachers who actually ran good 16mm shorts including Saul Bass's Why Man Creates, titles from Pyramid Films' library, and just about everything from the National Film Board of Canada, including Norman McLaren's Neighbours.