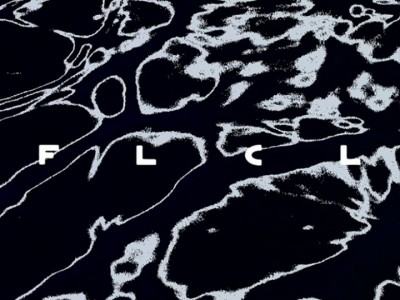 
FLCL (short for Fooly Cooly or Furi Kuri) is one of the most unique and profoundly personal anime series ever created. It is not like anything else you have seen in anime. Indeed, it is not like anything else you are likely to see in anime again. It is a blazingly pure and honest work of art that transcends the boundaries established by the medium and that manages to create a new path of originality with storytelling destined to inspire generations of devotees to come. Future anime artists will look at the foundations of FLCL and the series will inspire them to create their own bizarrely personal stories.

So what does FLCL even stand for? If one were to ask that question in a literal sense the truthful response is that the title makes little to no logical sense whatsoever. I have about as good a guess as anyone else does regarding the funky origins of the title and how the creators thought that peculiarity up. In other words - the actual title of the show essentially equates to pure randomness. This is of course particularly interesting as the series is filled to the brim with seemingly random occurrences and perhaps rainbow-colored sprinkles of mad genius. A lot of people will tell you randomness is what the show is actually all about. They'd be dead wrong, but it wouldn't be a bad guess. 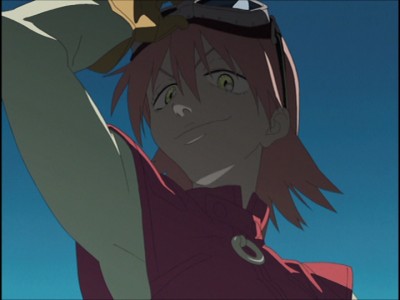 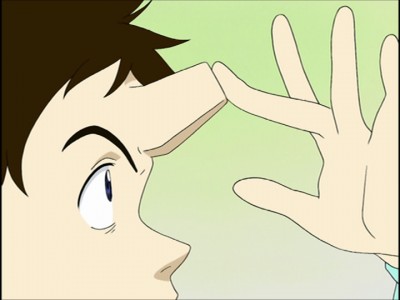 It's hard to even try and describe with words what makes FLCL such a truly groundbreaking experience in anime. It's perhaps the most difficult to describe series I have ever had the sheer luck to have even seen. On the one hand, it is such a clear milestone in the medium because it seems to have little to nothing holding it back: if there is something outlandish the series wants to attempt to do the odds are it will attempt to accomplish that idea as a goal, regardless of whether or not an audience will follow along. The glorious realization is that people didn't stop watching the show. This is how is built an audience - through being unafraid of holding back a genuine (albeit wacky) self.  This doesn't paint a strong enough picture as to describing the true success of FLCL as a milestone though. At the core of the story is a coming of age tale. The lead character is a young boy (aged 12) named Naota, and when we are introduced to him we realize he is going through all the typical pangs of youth. It's as though the audience can peek into his thoughts: What is his course in life? When does he get to grow up and be an adult? Naota notices the ridiculousness of many of the adults around him - childishness that is juvenile at best. He is also just now beginning to face puberty, an issue that is of course affecting him. His older brother moved away to America in order to play baseball and he is left feeling both alone and confused. He still has family, but they don't pay that much attention to him at all. You can tell he feels distanced.

To make matters worse, the ex-girlfriend of his older brother (who is several years his senior) is now hanging out with him. They are essentially fooling around. Both are lost and confused without the older brother and feel helpless. One of these characters struggles to grow up while the other is simply hanging on to the past. <>OKAY. That doesn't sound too bizarre. Does it? I mean, seriously. What am I talking about? I thought I said this was a series unlike anything you've seen before. Oh, that's right... we are then introduced to a wacky girl named Haruko who drives a wild motorbike, has a pink hair-do, and runs Naota over at their introduction. She claims that she is an alien (you know the type -- from outer space). Naota seems dazed and confused at this point (and I'm not saying that he's high). Soon he has a giant bump on his head that sort of shoots outwards as if his forehead were inflicted with what I'll refer to as "Pinocchio's bad luck". Before we know what we have even witnessed before our very eyes the series continues to become even weirder as a giant robot shoots out of that bump on Naota's head. Interestingly, unlike typical anime robots this one has a giant television for a head, looks rather silly, and ends up helping out around the lead characters house: cleaning up, taking care of some of the shopping, and other such daily routine tasks. Wait... where was I? My point has been made.

The animation is beautiful to behold with finely detailed backgrounds and a strong use of colors. The character designs are genuinely believable and bring a peculiar sense of realism to a series that would otherwise seem too cartoony at times. The series direction by Kazuya Tsurumaki is exceptional. Moments of sheer insanity are often followed by quiet moments of reflection and solace that are interjected with little or no time allowed for those who require a way to slowly adjust to the uniquely offbeat style. This method actually creates a chaotic pace to the show that is perfectly befitting the storyline. 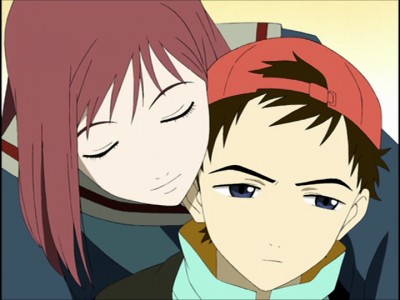 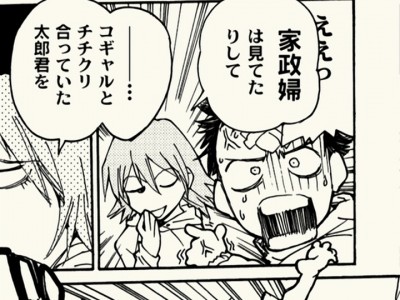 Last (but most certainly not least) is the great music by Japanese rock band The Pillows.  Nearly every classic moment in FLCL is backed by phenomenal music by this rock group. The Pillows ended up becoming one of my all time favorite bands after watching this series and I have subsequently heard all of the group's many albums (and I even purchased a live concert DVD that had to be imported from Japan once I became 'Region Free'). The thing that strikes me the most about the music is how upbeat it always is. The sound this band creates is uniquely their own (Honestly, I can't think of even one similar sounding group) and it inspires a lightning-bolt level of pure happiness. The music is bliss.

Let me just make it painfully clear again (in case there is any lingering doubt): this is one of the weirdest anime series you will ever see. It is also a surprisingly heartfelt series that manages to evoke many emotions with a plethora of themes (self discovery, growing up, and finding love). For many viewers it will manage to bring back fond memories of youth and for those who witness FLCL while actually close to the age of Naota the show will play to even better results. I was only 12 years old the first time I witnessed this delightfully crazy show. It had a profound impact on the rest of my life as both a landmark anime (one that helped to establish my devotion to the medium) and as a series which actually helped me through rough moments while growing up - it always reminded me that no matter how messed up things can become in this world that there is hope for tomorrow. That is no small feat for a short 6 episode long anime series to accomplish. Somehow it all just clicked in the right way and at the right time. I'm certain that this series will still have a profound impact on others; for those who have yet to experience the magic of FLCL. 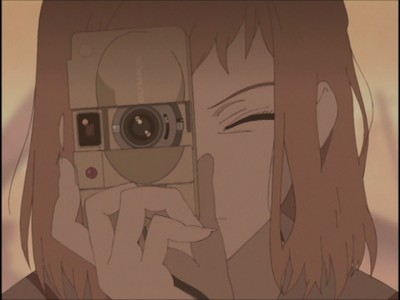 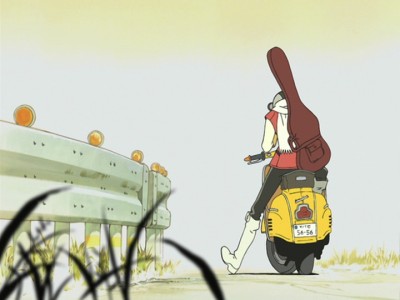 The recent transfer for FLCL will be subject to much debate amongst series fans. Funimation has seemingly used the same upscale that was employed for the most recently produced Japanese editions. In bringing the series back into the media market in North America the company has provided both DVD and Blu-ray editions as options for fans. Either release presents the material in Standard Definition. The Blu-ray release is an upscale with a higher bitrate encode.  This DVD release is quite crisp (very sharp by DVD standards) and looks pleasing overall with strong color reproduction. There are also a few issues with the transfer that are likely to plague both editions. The primary issue I have with this new upscale is that sometimes line reproduction for outlines becomes a noticeable issue in a number of scenes. It can become a bit distracting at times and is certainly an annoyance. I still found this to be a better overall presentation than what I witnessed on Cartoon Network's Adult Swim broadcasts.  All six episodes are presented in their original aspect ratio of 4:3 (full frame).

FLCL has two audio options available: English stereo or Japanese stereo. For either option the audio is only as good as one can reasonably expect. The series was produced over 10 years prior to this DVD release and it doesn't appear as though Funimation put a lot of effort into enhancing the audio for today's typical standards (i.e. don't expect a nice 5.1 surround sound mix). The dialogue and music are easily reproduced and enjoyable for stereo mixes and that is what ultimately counts the most. I am partial to experiencing the series with the English dub as that is how I first experienced it, but the Japanese stereo track seemed to be just slightly more robust in reproducing the music by The Pillows.


There is a lot of extra content included -- Certainly far more material than I anticipated. The highlight of the extras is the inclusion of six commentary tracks (one for each episode) with director Kazuya Tsurumaki. These are some of the most enlightening commentary tracks that I have ever experienced for an anime series release. Tsurumaki cover's a lot of ground in his commentaries. He discusses inspirations for different moments throughout the series, provides background information on planning and executing elements of the series, explains why he directed certain sequences the way he did, notes references (including Japanese culture elements that might go over North American heads - as some of the references did for myself) and he just all around seems like a nice guy that you wouldn't mind listening to for a few hours (and you probably will). 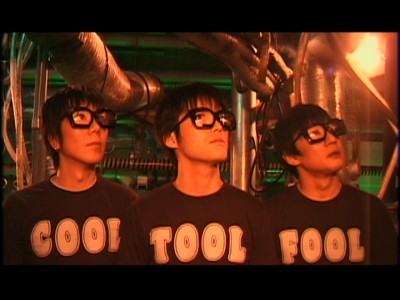 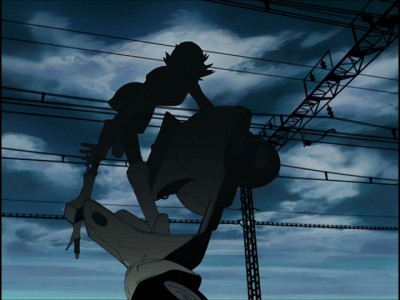 Five music videos are also included. Four of these simply feature clips from FLCL. They were moderately entertaining but feel somewhat non-essential. The following songs by the Pillows were used: "Come Down", "Little Busters", "Last Dinosaur" and "One Life".  Rounding out the music videos is the actual live-action video featuring the band, The Pillows, for 'Ride on Shooting Star'. Unlike the other music videos (which preserved the 4:3 full frame aspect ratio of the series) this last video is presented in non-anamorphic widescreen. I wish it had been enhanced for widescreen TV sets but I am happy to at least see the video's inclusion.

A few short Outtakes videos (containing flubbed audio by the English VA's) are included with accompanying animation. These contained around 7 minutes of content in total. I enjoyed these clips - some of them made me laugh out loud. However, I would probably never re-watch them.

Funimation has also provided trailers for recent and upcoming releases by the studio.

FLCL is a mind-bender:  a lovably weird series that pushes the boundaries of Japanese animation and that tells a compelling coming-of-age story with a unique flair. It is essential viewing for any anime fan. This release by Funimation now provides fans with an affordable opportunity to own the series at last (the series was previously released as three 2-episode volumes at a cost of almost $30 apiece).   While it may not appeal to everyone, if it turns out to be your cup of tea it's worth revisiting for years to come.  Highly Recommended.