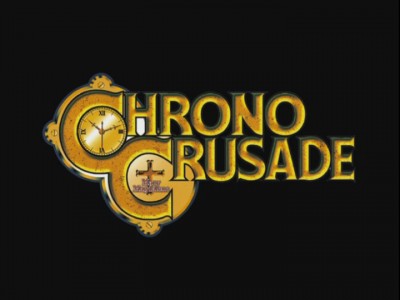 This is one of those classic anime series that many fans know of simply by recognition of the name even if they haven't seen any episodes of the show itself. I remember hearing about it back when ADV Films owned the license and thinking that it sounded like a fun and enjoyable show. The good word of mouth surrounding Chrono Crusade certainly did nothing to change my viewpoint that this was a successful anime for the North American industry. The buzz had me pondering when I should set aside some time to give the series a fair viewing chance. Strangely enough that time never seemed to arrive for me when the show was originally released. Watching the show in today's day and age I have finally discovered this great anime series and can now see for myself what all the fuss was about back when it first arrived.

The beginning almost fooled me into thinking this was a weak anime though.  Honestly, it was mostly uninvolving for me at the start and it made me question what anyone ever saw in Chrono Crusade to begin with. The series first few episodes definitely lacked the faster pacing and story movements that ended up making the show addictive and highly entertaining. The initial storyline that is setup involves the two lead characters simply fighting off evil and trying to restore the balance to the good side with many demons seemingly thrown into the basic plot mix episode to episode. It seemed as though the show was somewhat aimless and unsure of what it wanted to be during these initial moments, and it was dramatically less involving than I had hoped for.

What was good about the beginning was that the show started off by introducing the lead characters: Sister Rosette and the partner who helps her through thick and thin, Chrono (who also happens to be a demon - albeit an incredibly nice one; ala Casper the friendly ghost). The duo serves as a team working with the Magdalene Order (a group of Nuns working to fight evil) and it doesn't take long to start liking these joyfully spirited characters that are almost instantly engaging. While the plot may have seemed almost irrelevant at the start these characters were already showing signs of truly worthwhile character development and it made the early episodes passable if less interesting. 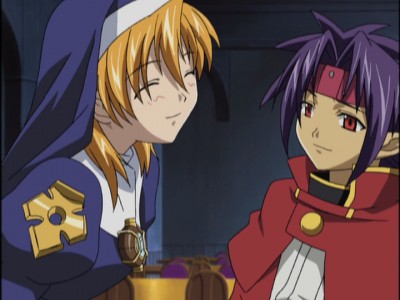 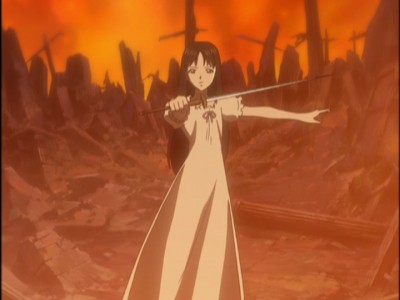 Once the show starts to introduce the main villain, Aion, a devil who seems determined to destroy all of humanity, things began to pick up in pace quickly and everything became significantly more interesting. Luckily, it only takes the first few episodes for this storyline to pick up. The episodes started to feel like they were part of an ongoing story-arc that refuses to let go of its building momentum instead of simply feeling like filler material with 'demon of the week' scenarios.

As the show progressed I realized I was watching something which is simultaneously hilarious and frequently heartbreaking. The characters are often humorous in that somewhat exaggerated anime way (which could, in my imagination, be worthy of a trademark). Yet the story takes many unexpectedly dark turns - even with the nature of the show focusing on good vs. evil as a consistent theme, a lot of the events that end up transpiring feel unexpected and darker than most anime series are willing to go. Personally, I believe that recognizing elements such as the darkness to the show is part of the draw bringing in viewers. Everything in the storytelling feels edgier than one would expect. Nonetheless, this is a series that remains watchable and entertaining for a teenage crowd (and it will certainly still appeal to a wide range of more mature audiences).

The animation is not exactly stunning per-se. It's consistent - a strength that is worth remarking about and applauding. Yet it never matches the best in anime from an animation standpoint. Having said all of that, I would still like to note that Chrono Crusade features exciting animation and good character designs.  Sometimes it is just good to keep expectations in check and know that while it won't be considered a top-tier series visually it is still a cut above the rest and any pitfalls or shortcomings in this area are made up for with great writing, an exciting score, excellent opening/ending themes, and perhaps most importantly excellent direction that makes the series feel exciting and engaging.

I should probably mention that I found the ending emotionally resonant, rather exciting, but somewhat disappointing. This reaction was surely the result of seeing an excellent series end on a rushed note in comparison to the rest of the show. The main storyline does not resolve itself in a way that will please everyone either. In some bizarre way though that feels like nitpicking with a show as entertaining and complete as this one is - it does resolve questions and plot-elements that some anime series may have simply brushed aside. For any anime fan that enjoys a good mixture of action and drama this is a series well worth discovering. 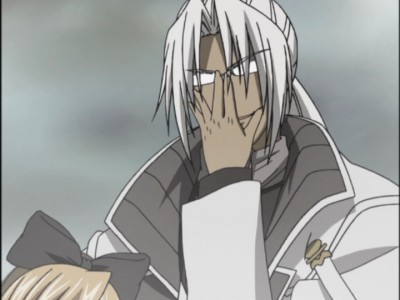 The 1:85:1 anamorphic transfer is very impressive to behold. Funimation has done a great job with the presentation of this show and it would be particularly hard to really find noteworthy complaints with a transfer as pleasing on the eyes as this series has displayed. The animation is breathtaking and as clean and crisp as I would have hoped for with this DVD release.

Funimation presents Chrono Crusade with two sound options - the original language track with 2.0 audio or the English language version with 5.1 surround sound. Hearing the series with either one of these possible choices is pleasing on the ears, but naturally the surround sound mix is slightly more engaging. However, I preferred the Japanese VA's. I would still say that either option is worthwhile for somewhat different but equally acceptable reasons. Take your pick and enjoy the audio.

There were a lot more extras on this set than I was expecting to see included as so many anime releases continue to be lacking in the supplemental features department. However, Chrono Crusade: The Complete Series includes Azmaria's Extra Classes -- which are cute and informational short pieces that lend some historical background to some of the show's background details. There are also commentaries on a few select episodes with some of the English VA's. These were enjoyable enough to listen to once. I wouldn't really recommend them to anyone who isn't already a big fan of the English Dub actors though.

Unsurprisingly, textless opening and closing credits are also included. There are even a few 'never before seen' openings. Trailers are also provided for upcoming Funimation releases.

If you have never seen Chrono Crusade before there has never been a better time to jump on the bandwagon and check out this now classic anime series. The storyline becomes increasingly addictive and thrilling. If you like your anime dark with humorous undertones this is a great series to consider watching. I thoroughly enjoyed it, and I am now even more confused as to how I ever allowed myself to miss out on a series as entertaining as this one is.  Highly Recommended.