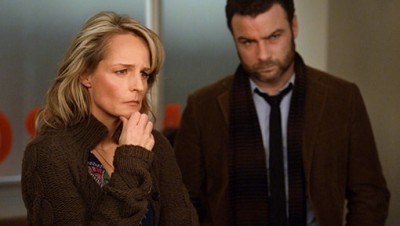 It's another peek into the strain of marriage with the drama "Every Day," though this particular snapshot of marital friction is blessed with a gifted cast able to pull the interior ache out of a script that eventually grows to fail them completely. A scattered picture, the viewing experience is saved by a few tender scenes of resignation and the occasional blip of honest communication.

Ned (Live Schreiber) is a writer on a trashy television drama struggling to maintain the artistic ugliness expected of him. His wife, Jeannie (Helen Hunt), is distant, lost in her own hell with an elderly father (Brian Dennehy) who needs constant care, while his oldest son (Ezra Miller) deals with his developing homosexuality. Watching the chaos of life separate his family, Ned is soon tempted by co-worker Robin (Carla Gugino), who offers a certain lustful reprieve from the daily grind of domesticity.

Television vet Richard Levine ("Nip/Tuck") makes his filmmaking debut with "Every Day," which carries all the hallmarks of a weekly network drama. The trials of a dysfunctional family supply a comfortable storyline for Levine to hone his chops, detailing the struggles of suburbanites as they sour on the human experience, learning to appreciate what they have when faced with the dire reality of life beyond the family unit.

It's routine material, yet the first half of the film rolls along pleasingly, depicting the madness of a well-oiled household dealing with appointments, job demands, and personal expression. Levine outlines plausible woe with realistic characters, people who fight to maintain order in their lives, despite facing punishing emotional concerns and the threat of interpersonal monotony. Ned and Jeannie are vividly scripted as a distanced twosome losing their unity as a couple, divided on methods of parenting and caregiving, with the separation pulling them in opposite directions. Ned takes to the comfort of an easy woman as a way to flirt with disaster, while Jeannie is forced to confront the reality of her estranged father, finally getting to know the man on the eve of his death. The script's woe is genuine for the opening acts, capturing the stress of this family superbly, seeking to explore the degrees of exhales before all patience is lost. 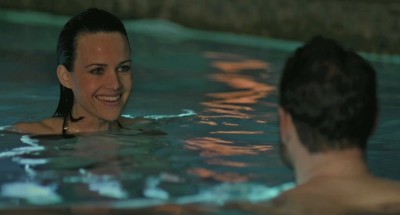 Levine is assisted by the splendid cast, with special attention paid to Schreiber, who hasn't been this effortlessly human in years. He's believable as a father (accepting of his gay son, but worried about the boy's social life) and as a man excited by the prospect of female attention. Schreiber also shows chemistry with Hunt, who has the less glamorous role of the careworn daughter/mother in the midst of punishing responsibility she can't handle alone. Hunt's weathered expressions are often more effective than her dialogue.

Unfortunately, Levine drives "Every Day" straight into a wall for the final act, creating melodramatic disasters for the gang to unearth a heightened sense of closure. Drugs are brandished, death comes knocking, and infidelity is served up, turning a film of delicate observation into a tiresome blast of the drastic. Levine didn't need hysterics to find an appropriate ending, with the established atmosphere of chaos and regret interesting enough to carry matters all the way to the final frame.