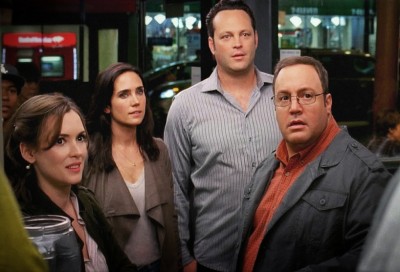 Stepping away from serious business (and the lucrative world of Robert Langdon) for a spell, Ron Howard mounts his first comedy in over a decade with "The Dilemma." True to form, it's really not much of a comedy at all. Though crudely marketed as a slapstick bonanza to put butts in seats, the picture is a far more peculiar machine of anxiety, flavored with only a light dusting of the funny stuff. Howard's not drilling to the root of infidelity here, but he touches on delicate relationship issues, providing a fascinating, unexpected personality to the picture.

Best friends and partners in an ambitious car engine design company, Ronny (Vince Vaughn) and Nick (Kevin James) are facing trouble in both life and love. With Dodge showing interest in a fuel-efficient prototype, Nick's engineering genius is put to the test, absolutely torturing the already nervous guy. For Ronny, problems are far worse. Having caught Nick's wife Geneva (Winona Ryder) in a compromising position with her lover (Channing Tatum), Ronny is left with the burden of truth, wrecked over how to explain the situation to his pal, an anguish that comes to poison his tricky relationship with girlfriend Beth (a criminally underutilized Jennifer Connelly). Keeping mum until he can capture the perfect evidence, Ronny finds himself in over his head, ruining his life to avoid ruining Nick's. 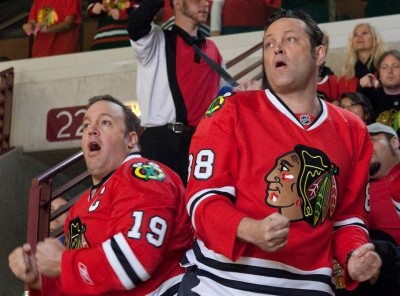 "The Dilemma" is a slippery film, and there's darkness in play here that makes it an intriguing prospect beyond the tears and improvisations. Howard keeps to comfortable studio picture standards, yet Allan Loeb's screenplay explores an uncomfortable area of domestic unrest, watching as two perfect couples survey what they really have beyond the merriment of social engagements. The question isn't if Nick will find out about his wife's infidelity, but how well these friends truly know each other. Again, the introspective themes aren't fleshed out to their fullest potential, but it's interesting to watch Howard depict bothered people with a semi-lighthearted tone, instilling the film with a promising, if unfulfilled gravitas. 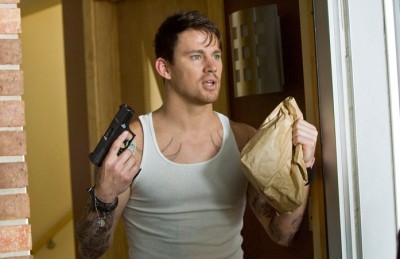 With Vaughn in the driver's seat, "Dilemma" can't help but lunge for laughs. Fortunately, this is Vaughn on more solid ground, refreshing his verbal fastball after a few years of gloomy, ugly comedies that kept him locked inside a depressive funk. "Dilemma" allows Vaughn to play again, bouncing off game co-stars while sulking around evocative Chicago locations. His performance is charmingly scattered, kneeling on broken glass a little as Ronny deals with his past as a gambling addict, a problem coming back into view the more he keeps secrets from his loved ones. I actually laughed at Vaughn's manic energy here, a response not felt around these parts since 2006. Nailing supporting turns are James (stowing most of his floppy fat guy mannerisms) and Ryder (fascinatingly contemptible instead of simplistically wounded), while Tatum contributes some needed oddity as the pill-popping, manipulative stud, shocked to find himself in the middle of such turmoil.

"Dilemma" drops the comedy facade in the third act, hoping to untangle the conflict with a sobering examination of the fragility of trust. The emotional pull isn't there and the running time is dragged out unnecessarily, with Howard sniffing around for a conventional ending to an unconventional movie. "The Dilemma" is going to baffle people, possibly infuriate them. It's one of those movies where a simple, basic act of clear communication would've solved everything. Instead, Howard elongates the discomfort and persistent hesitation, shaping an unusual dramedy that benefits from a certain unpredictability.