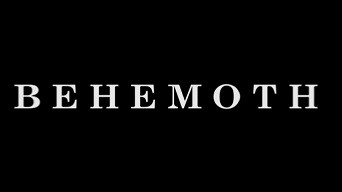 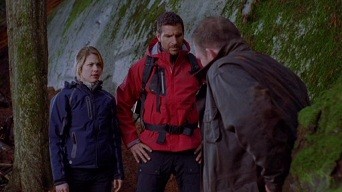 A year and a week ago, I posted a review for an offbeat genre mash-up called High Plains Invaders. At that time, it seemed that the long-running Maneater Series of repurposed SyFy Channel creature features had run its course. Originally released through Genius Entertainment, the line was punted over to Vivendi Entertainment via RHI Entertainment. In April 2010, no new titles were on the horizon, and Genius Entertainment's official Maneater web site, long unupdated, eventually went defunct.

I honestly don't know if a fan base exists for the Maneater Series, but if there is one, those fans can now rejoice. Vivendi Entertainment, after a moratorium of, quite literally, a year in which the only releases bearing the Maneater logo were repackagings of previously released material, has now resuscitated the franchise with new films, starting with this 2011 SyFy Channel creature feature titled Behemoth.

And I have to say, having sat through the majority of the earlier Maneater Series films thanks primarily to my role as a DVD Talk reviewer, Behemoth doesn't skip a beat from previous entries. It's no better nor no worse than most any other flick in the series. Behemoth has stock characters, CG mayhem of iffy quality, and questionable science behind its concept. Yes, this is clearly SyFy Channel quality - and if you have any experience whatsoever with that cable channel's weekend cinematic fare, you know exactly what to expect from this film.

Behemoth focuses primarily upon the inhabitants of a small town near a long-dormant volcano. The headlining characters are played by regulars from cult sci-fi TV series: Thomas, a veteran who now apparently leads a logging crew (Ed Quinn from Eureka), and Thomas's father, a retired professor (William B. Davis from The X-Files). A lot of ominous rumbling occurs, which bring scientists in to study the area, including Emily (Pascale Hutton), who is signposted from the moment she steps on screen as a love interest for Thomas. Sticking with the familial relationships, the town's sheriff is Emily's uncle, and Thomas has a remarkably younger sister, whose sole function seems to be the damsel in distress who needs saving.

In any case, a whole lot of shakin' starts going on - and one would be forgiven to think that Behemoth were really one of SyFy's mega-disaster films in the vein of the memorable Megafault starring the late Brittany Murphy. In fact, that's sort of a fault (sorry for that pun - you deserve better, faithful reader) of this movie - much of the action involves unconvincing camera shakes in the service of tremors and phony CG effects for falling rocks rather than actual creature mayhem. The central premise of the movie is that there's a long-dormant monster buried beneath the volcano, a monster that awakens every so-many millennia to usher in a cleansing era of destruction for civilization. And, yes, it's now time for the creature to make its way up to the surface and once again roar its displeasure against humanity.

Sounds dumb? It is. Aside from a few giant tentacles - and a giant eye peering through a boulder in one of the best scenes of the film - the titular behemoth doesn't really emerge until the closing minutes of the movie. The ending, however, is kind of fun. For all the action of the movie, the body count is kept surprisingly low - and in one instance, reserved for a character I expected to make it to the end credits, so there is a minute surprise here. As a time-waster, Behemoth isn't all bad. For an ancient creature of its size, though, the movie's makers should have found more interesting ways of showing its destructive capabilities. Given the disc's near-complete lack of extras (more on this later in the review), a Rent It suggestion is the best Behemoth warrants.

As an aside, it's clear that Vivendi is now steamrolling ahead with the Maneater Series. Upcoming new titles include Malibu Shark Attack in June and the admittedly fun-looking Ferocious Planet in July. The line's official website has been relocated and updated here. 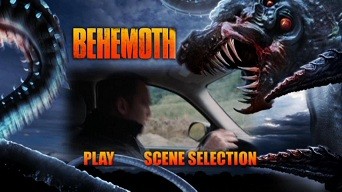 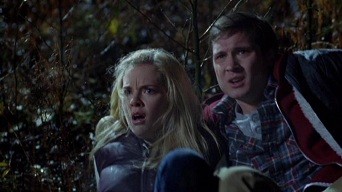 Vivendi Entertainment gives Behemoth an anamorphic widescreen presentation that it claims "preserve[s] the aspect ratio of its original television exhibition." The image itself was surprisingly good: with sharp detail and vivid colors.

The lone audio track is an English language Dolby Digital 5.1 affair. Dialogue is always clear - and there's plenty of "oomph" in the bass during scenes of destruction. Similar to the video quality, the overall audio mix seemed surprisingly solid.

A trailer for The Phantom precedes the main menu. And that's it for extras; the only options in the menu are Play Movie and Scene Selection.

Behemoth marks the first new entry in the Maneater Series in, quite literally, a year. It's a serviceable SyFy Channel monster movie; although given the giant nature of the creature, one would have expected to actually see more of it in the film. Behemoth is fun in a nonsensical Saturday matinee kind of way, but given the DVD's lack of extras, this is best viewed as a rental.