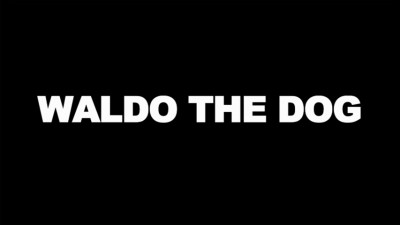 Waldo the Dog is one of the weirdest film experiences I have ever had - certainly in recent memory. Unfortunately, the ability to have a unique mind-trip does not automatically equate to experiencing something truly worthwhile. That is exactly the case with this experimental hodgepodge of conflicting genres that clash with one another rather than blend seamlessly into a solid, enjoyable movie.
The film stars Rook Kelly as Waldo - a disturbed young man who wears a dog mask to cope with the nature of his deranged mind on a daily basis. The film begins with a series of murders enacted by our dog-masked "protagonist" Waldo. These acts of violence are all against murderers, rapists, and a larger variety of criminals who have committed horrible monstrosities against humanity.  The film then flashes quickly to 'Three Years Earlier' and we begin to see documents (slowly, poorly filmed) explaining how a mentally-disturbed young man was stalking a young woman, and detailing how the man needed a restraining order and psychiatric evaluation. It doesn't take long to figure out that these documents are referring to Waldo. In the next scene we witness a heinous crime being committed by an unmasked man - the guy that would later wind up wearing a dog mask. Then with some brisk editing another push through time happens remarkably fast and the film takes its audience to 'Two Years Later' (a year prior to the opening scene). A mask-wearing man now wanders the streets. Waldo, by all appearances, now spends most of his days collecting garbage, holding up signs saying offensive things like "Willing to give oral pleasure for cash", sitting around quiet parks doing absolutely nothing, occasionally trying to learn how to become a wrestler, and then eventually stalking a young woman (of course). Apparently Waldo still has the stalker-bug in him. How unfortunate. 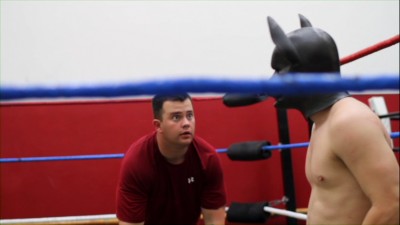 It is at this point in the film that Jaquelyn (Jaquelyn Xavier) is introduced as the young woman being stalked by this clearly mentally-disturbed man. Eventually they bump into each other. Was it by coincidence? Nope. Jaquelyn find's Waldo in her home watching her while wearing his mask. She yells at him to get out and chases him out of her home. She is a seemingly normal woman - she looks sane and acts like a ditz but yet somehow she decides to go find this obvious stalker and question him about what he was doing. Waldo doesn't speak a word but the two communicate. Jaquelyn asks questions - Waldo responds with his body language. They quickly seem to hit it off and essentially the pair starts to behave as a boyfriend/girlfriend might - you know... besides the stalking issue, the dog mask, lack of real communication, and other interfering issues (such as the fact Jaquelyn seems incredibly normal).  Jaquelyn is even kind enough to come up with a name for her mysterious friend who doesn't speak to her - and she guesses his name is 'Waldo' while they eat McDonalds. The man in the mask responds positively to this and claims the name.

I won't bother ruining the movie's entire sequence of events or its ending (which managed to take me by surprise). The first five minutes or so are interesting enough, but then they are followed by an hour or so of content that feels like an actual chore to sit through. The film becomes more interesting towards the ending with the interactions between Jaquelyn and Waldo increasing my enjoyment, and yet these scenes don't even come close to truly working on a fundamental level. Waldo the Dog almost plays like a parody of sorts as the humor is rather consistently awkward and never makes it possible to actually care about these characters. It's especially hard to become emotionally invested in the lead character simply because he's not portrayed as sympathetic during the majority of the film. Once I realized Waldo had been a stalker and that he continued down this path (not to mention knowledge I had of an earlier event in the story) it made it impossible for me to ever consider rooting for the character. If I had any lingering doubts, one of the film's final scenes cemented my opinion. When Waldo opens up a sheet of paper and read's three words: "I forgive you", I was both flabbergasted and offended by what I had witnessed. 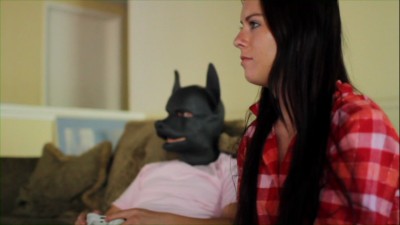 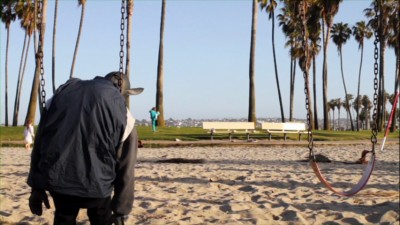 The film would perhaps play better if the opening acts had not been revealed until the end of the film, and if the stalking-aspect had been toned down or removed altogether from the later portions of the story. Unfortunately, the first hour or so would be uninteresting no matter how it had been edited - a short film might have served the narrative structure better but then I would have seen the ending coming and the surprise would have been ruined.

The acting was never particularly impressive. I often had the feeling that many moments were improvised and poorly at that. The end credits indicated that the two leads were contributing writers. This may be confirmation of my 'theory'. A scene in which Waldo begins to talk with a high-pitched squeal to Jaquelyn was particularly odd -- especially when his voice began to crack and sounded deep. According to Waldo, he had never wanted her to hear his voice and that is why he remained silent for so long. Jaquelyn responds to the deepness she heard in his voice questioningly and Waldo just seems to shrug it all off. The entire scene ends up feeling like a bad joke the audience isn't even meant to be a part of. Later in the film it becomes clearer why Waldo was so obviously masking his voice - what was not so clear was why anyone would be expected to believe for even a single second the interactions of the two characters in the earlier scene.

The cinematography is nicely done with a surprisingly effective use of colors for an indie low-budget production. The director clearly had some interesting visual ideas as well. Shots are framed in often unique and interesting ways that suggest a better film could have been a real possibility. I certainly would be interested in seeing another film by writer/director Kris Canonizado in the future. However, I would caution the film-maker to reconsider the narrative structure of Waldo the Dog and to re-evaluate his plans for any upcoming project. Lastly, if Canonizado actually intends to make a 'Waldo 2' next I would not be so interested. 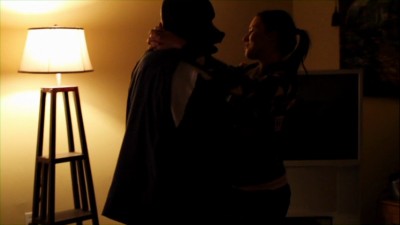 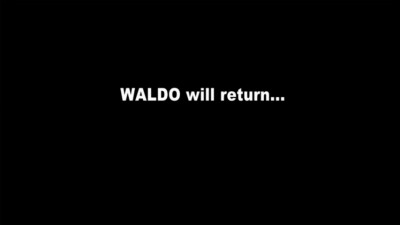 The DVD:
Video:
The video quality was better than expected, and features a 1:78:1 anamorphic widescreen presentation. I can't claim to know what type of digital camera was used to film this movie (perhaps Digital SLR?), but I can say that it looked surprisingly rich in color and had a 'clean' naturalistic appearance. The video was only occasionally the victim of some poor compression issues (such as minor pixilation).

Audio:
There are no setup options. 2.0 English-language audio is the only option. No subtitles are found on this release. The audio was often too loud, and was clearly not mixed as well as it perhaps could have been. The good news is that when dialog is used it is clearly defined.

Extras:
There isn't even a menu or an ability to select scenes.

On the subject of the DVD packaging: I feel it is worth noting that this CreateSpace release doesn't even include the title of the movie on the cover art spine.

Waldo the Dog was certainly an interesting experiment. It is unfortunate then that the film is marred by a weak first-half, and an ending that doesn't manage to evoke any sympathy for the characters. The good news is that the film suggests director Kris Canonizado has a commendable sense of how to create interesting visuals - which should serve him well in the future.