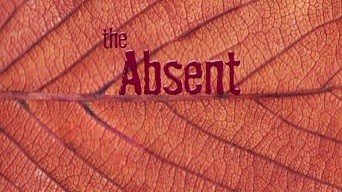 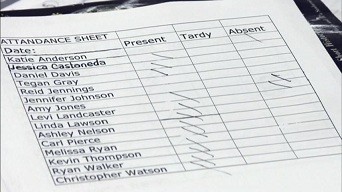 The Absent's cover art is reminiscent of the poster for the infamous 1980's slasher film Sleepaway Camp without directly ripping it off. Sleepaway Camp's poster had a blood-splattered knife jammed into a tennis shoe with a handwritten letter to Mom and Dad on notebook paper in the background. The Absent's poster has a handwritten list of names on notebook paper with a blood-splattered knife scratching out a name. Between that similarity and the surprisingly detailed plot summary printed on the back cover, one could certainly be forgiven to think that The Absent would be another slasher film runaround.

The Absent, directed by Sage Bannick, plays out more like a thriller than a slasher film - and it even has noir elements (the elaborate attempt to cover up a crime had me thinking of the old Dana Andrews potboiler Where the Sidewalk Ends, even though it is a completely different film). The Absent has an interesting premise, credited to Bannick and co-writers Damon Abdallah and Ari Bernstein, and a fairly solid cast; however, its low budget clearly inhibits its full potential, resulting in a production that doesn't adequately create a believable universe for the film to exist in.

The Absent follows a high school teacher named Vincent (Brian Kirkwood). Vincent has broken the great taboo in public school teaching: he's become involved with his star pupil. A confluence of events occurs to kick start the film's central plot. When Vincent and his student Katie (Yvonne Zima) meet illicitly at his country cabin, the place accidently catches fire and Vincent's evil twin brother Oscar (played by real-life brother Denny Kirkwood) shows up just in time to kill Katie and hide her body. Oscar has spent a lot of time in prison for murdering their parents years earlier. In any case, the authorities have no reason to find anyone but Vincent in the burned-out home - so Katie is declared missing. However, Katie chatted to someone else in her high school about seeing someone older. This sets up a domino effect as Oscar begins offing anyone who may shed light on the true circumstances behind Katie's disappearance in an apparent attempt to protect his twin brother.

As I said, the plot's premise is intriguing - and while its twist ending is easily guessed well ahead of time, the story does hold one's interest. What's frustrating is that the film - shot in rural Washington - just does not seem to have the budget needed to create a believable setting. Part of this may be seen in the limited number of characters. The high school where Vincent teaches, for instance, appears to have two faculty members: Vincent and a principal. The authorities responsible for investigating the crimes, similarly, are contained to the local sheriff (Samuel Ball) and his elderly dispatcher. A pep rally-ish science event brings only a score of too-animated students and parents bunched together in a small section of bleachers. Add to that a number of glaring continuity errors between shots, especially during a dinner scene between the sheriff and the principal (who are conveniently married) and their guest Vincent. I don't want to pick on a small budget production in this way (and at least Vincent's classroom is well-realized), but the scale of many scenes and the awkward transitions hamper the creation of a "real world" setting. In this sense, I was reminded of another low budget horror film I was sent for review at DVD Talk: Haunted Echoes: A Ghost Story. That, too, had a lot of potential but was done in by a low budget. I'm giving The Absent the same recommendation I gave Haunted Echoes: Rent It, if you're curious.

As a side note, I was curious about a band listed in the opening credits sequence. "Songs by Blind Melon and Brownstar" it read. I hadn't seen or heard the name Blind Melon in ages. Their big hit of 1992 / 1993, of course, was "No Rain." I thought they disbanded after the death of their lead singer Shannon Hoon from a drug overdose. A simple Internet search revealed, however, that Blind Melon is still around with a new lead singer. Songs from the reformed alt-rock band used in this movie include "Last Laugh" and "Wishing Well." 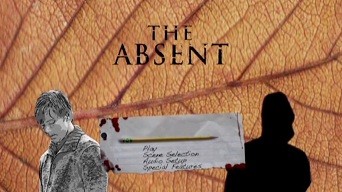 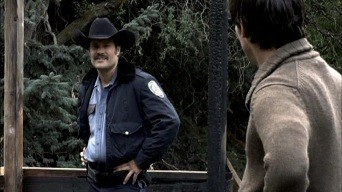 Passion River gives The Absent an anamorphic widescreen presentation. The image quality is okay, though colors appear muted and some artifacts are present.

The Absent's audio track is an English language Dolby Digital 5.1 affair. The song that plays in the menu system, strangely, comes off much better than the film itself, which seems muted - though dialogue is always clear. Optional Spanish subtitles are provided.

The most notable extra is a feature-length commentary track with director Sage Bannick and co-writer Damon Abdallah. A random sampling suggests it is an agreeable and informative commentary. In addition, a 5-minute behind the scenes featurette provides soundbyte comments from the cast and crew. A trailer for The Absent is also available.

More thriller than slasher in nature, The Absent has an intriguing plot and a solid cast (and music from the reformed alt-rock band Blind Melon), however its low budget and continuity errors frustrate the film's potential. Rent it, if you're curious.