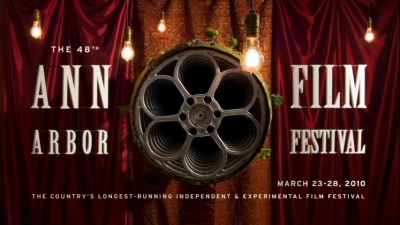 The Ann Arbor Film Festival became a reality in 1963 and continues to run experimental and independent films through to this day and age which makes it the longest running festival of its variety. The selection is often widely varied and demonstrates the diversity of the film-makers who bring their work to the festival to share with others. The festival runs for six days each year and has recently had its 49th year of programming. This DVD release represents a selection of some of the short films (mostly with an experimental bent) and combines both live-action and animated pieces together into one unique showcase. It was with much anticipation that I sat down to experience this collection. Unfortunately, the results were decidedly mixed to behold.

10 different short films are included in total on this release (which totals up to less than two hours of content in total):  Black Rain, Attack of the Robots from Nebula-5, From the Archives of an Inventor, Please Say Something, Travelling Fields, The Presentation Theme, Vineland, Sleeping Bear, and Beauty Plus Pity. 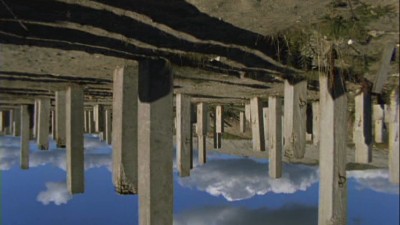 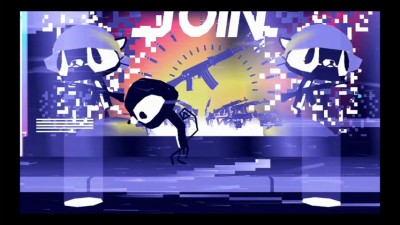 I honestly had no idea of what I could expect from these short films as I have never been able to attend to festival itself, and wasn't sure how many of these shorts would gravitate more towards experimental film-making than narrative. Either way, I thought it would be a good idea to explore the selection of rarely-seen works. The thing that ended up surprising me about the selection the most was that I felt underwhelmed by a number of these films.

Many of these short films lack cohesive narrative structure and seem to merely aim towards experimenting with the film medium. That lack of a deeper story element for each narrative is actually how most of the shorts seem to have been made and are presented. Black Rain, Travelling Fields, and Sleeping Beauty only experiment with visuals and how viewers might perceive them when filmed in abstract ways. Other short films -- such as The Presentation Theme, Please Say Something, and Beauty Plus Pity employ animation and attempt some narrative elements (yet remain mostly abstract) in telling their seemingly comical stories. The longest short film included on the release (running 20 minutes) is From the Archives of an Inventor and I honestly couldn't say if the short was actually using real footage of an inventor and blending it with fictional experimental film-making or if it was entirely the result of experimental film-making without any realism. The short presents itself as if it were "found footage" and a documentary comprised of that footage  but it seems obvious that the short was made up of mostly (if not entirely) fiction. Some information on the short film may have been helpful for viewers and had the Ann Arbor Film Festival included such notes on the short it may have made for a slightly more enjoyable experience for some. 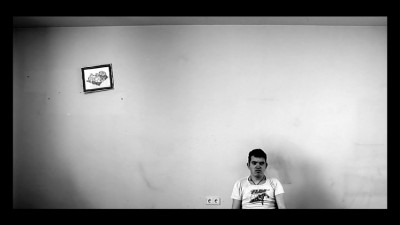 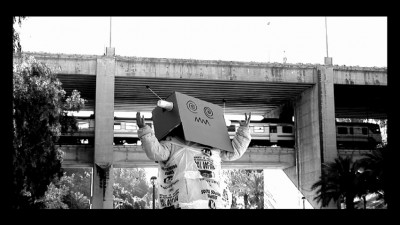 The short film on this release I enjoyed the most was Attack of the Robots from Nebula-5 which is the closest film this release has to genuine narrative film-making (while remaining, naturally, experimental in style): the film focuses on a character convinced that aliens will be coming to earth and his wait for that encounter to happen. Impressive visuals and a knack for comic-timing make it a standout inclusion.

The works featured on this release are going to be appreciated best by those who love the inventive nature of experimental film-making. I have always considered myself as a fan, and yet I have more interest in anything experimental if I can get a better sense of good storytelling at the same time. Most of the short films failed to live up to those expectations, and were primarily worth viewing for their unique visual qualities. Some experimental films are bound to be more appealing to certain viewers than to others and given the compilation nature of the release it is likely that what may be perceived as noteworthy by one viewer might be easily dismissed by another audience member who perceived things differently.

The bottom line is that these shorts will mainly appeal to those willing to take a chance on film-making that goes beyond the realm of the ordinary and into the realm of the bizarre. This compilation is worth a look for adventurous viewers who want some variety in their experimental film-making and who don't necessarily require narrative with their visuals. 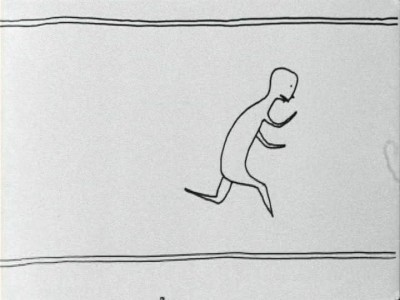 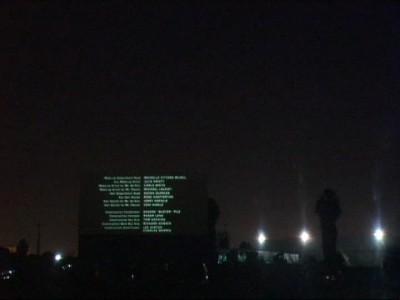 The 48th Ann Arbor Film Festival DVD Collection: Volume 3 presents the films in the collection in their original aspect ratios. As such, the ratio varies from 1:33:1 to 1:85:1, with some of the widescreen shorts appearing with slight window-boxing. Many of the shorts demonstrate minor shortcomings in how these were actually filmed. This shouldn't be perceived as a flaw in the video presentation which seems to accurately present the shorts with PQ that is generally pleasing, and with mostly clean visuals for several contributions. Some of these shorts do demonstrate film-grain or dirt though, and it's somewhat difficult to say if it's inherent to the films themselves or if the presentation could be improved (which seems unlikely due to budgetary reasons).

Don't expect anything fancy with the audio. Every short is presented with a decent 2.0 audio mix but nothing has a fancier surround sound option and the audio is never as dynamic as larger productions. This aspect of the release comes as no surprise to me considering the low-budget indie nature of the productions. The films sound perfectly acceptable with clearly definable dialogue but they won't ever be considered immersive aurally. Burned-in English subtitles are included on short films in different languages.

I wasn't really expecting much in the way of extras and it turns out I was exactly right in assuming that. While some insight into each work by the film-makers themselves would have made for an enjoyable experience nothing of the sort can be found on this release.

What is included is Michael Langan's "Road Trip" television spot for the road-show of the festival along with a neat making-of video for how Langan made the piece. This TV spot was in some ways a more enjoyable example of experimental film-making than some of the actual shorts that are included. Martin Thoburn's spot for the festival is also included and the end of the piece displays an image that was then used for this DVD release's cover art. Lastly, 30 seconds of Bar and Tones are also included. 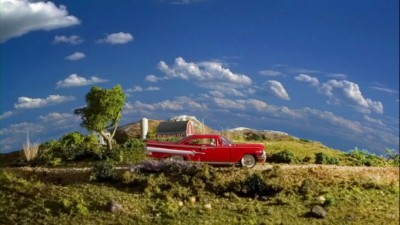 This collection of short films from the 48th Ann Arbor Film Festival represents a sampling of works that are all largely experimental and abstract. This release would be worth checking out for serious fans of experimental film-making, but won't appeal as much to anyone else. Consider this a light Recommendation.

Please Note: Sales of this collection support the AAFF non-profit and the film-makers who contributed to the release.