Season of the Witch

It's difficult to take Nicolas Cage seriously these days. The former madman has been forced into a series of paycheck gigs for reasons obvious to anyone enjoying access to the internet, with "Season of the Witch" a solid representation of Cage's new career direction. Unchallenged and over-wigged, the actor is merely biding his time with this serving of horror hooey, obviously more interested in hearing the sweet sound of "cut!" than trying to make a tepid screenplay shuffle with restless energy Cage is more than capable of summoning. The material needed his special sauce. Instead, Cage barely raises an eyebrow.

Disillusioned knights of the Crusades, Behmen (Nicolas Cage) and Felson (Ron Perlman) have ditched their duty, taking off to find a safe haven, looking to cleanse their hands of innocent blood. Coming across a kingdom overwhelmed by the Black Death, the men are forced into service by the local cardinal (Christopher Lee), ordered to escort an alleged witch (Claire Foy) to another land for proper religious punishment. Left without a choice, Behmen and Felson hit the road, aided by a jittery monk (Stephen Campbell Moore), a young warrior (Robert Sheehan), and a con artist (Stephen Graham). Slowly crossing hostile terrain, the men grow curious about their seemingly innocent prisoner, questioning the true extent of her powers. 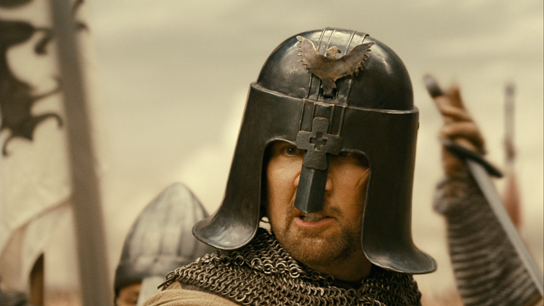 "Season of the Witch" isn't a catastrophically crummy film, just a wholly uninspired effort across every level of the production. The mediocrity is overseen by Dominic Sena, the mastermind who gave the world the dark art of "Kalifornia" in 1993, only to fill the rest of his career with such garbage as "Gone in Sixty Seconds" and "Whiteout." Sena's a visualist, but his efforts are in vain here, looking to mount a gloomy, pus-smeared plague epic with witchcraft inclinations, only to be let down by lackluster special effects and tiresome, repetitive Euro locations. Sena doesn't suit up for the challenge, instead sleepily accepting humdrum elements of sword-clanging action and horror, failing to slap life into Bragi F. Schut's easily distracted script.

Pushing visuals on par with a 1996 CD-ROM video game, "Season of the Witch" needed a cast that could be alert and generous with charisma. Instead, there's Cage with a sword and flowing hair, barely making an effort beyond pained looks of bewilderment. Bringing nothing to the table besides his dwindling marquee value, Cage leads an unimpressive ensemble through the muck and shock, with most of the cast contributing their own tepid interpretation of a proper fear face, working whatever random accent they've chosen for themselves (Cage elects regal pronunciations, Brit citizen Graham brings a Brooklyn tongue, while the literal face of evil sounds Jamaican). The only cast member having fun is Perlman, who supplies the one-liners and buddy knight combat without fuss. Frankly, I wish he nabbed the lead role. "Season of the Witch" needed more of his natural charm and growly, bruiser presence. 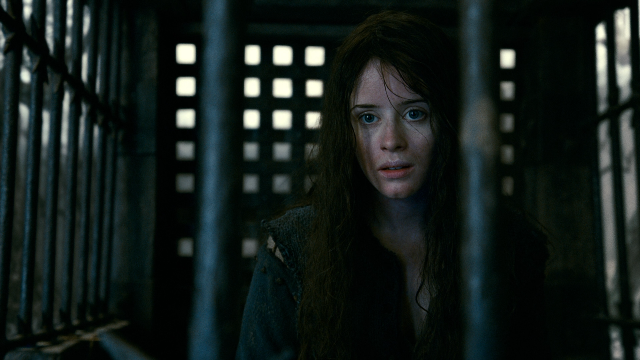 The 5.1 DTS-HD sound mix offers quite a range of music and mayhem for the listener, leading with a generous read of violence. The controlled chaos is broad without distortion, creating a heavy feel for military might and black magic incidents, providing a circular feel to best articulate the isolation of the characters. Atmospherics are also generous, supplying a crunchy forest experience. Dialogue exchanges are strong, though tinny on a few occasions, lacking a triumphantly commanding hold. Scoring cues are loud, but never intrusive. Low-end keeps steady and purposeful. A French track is also included. 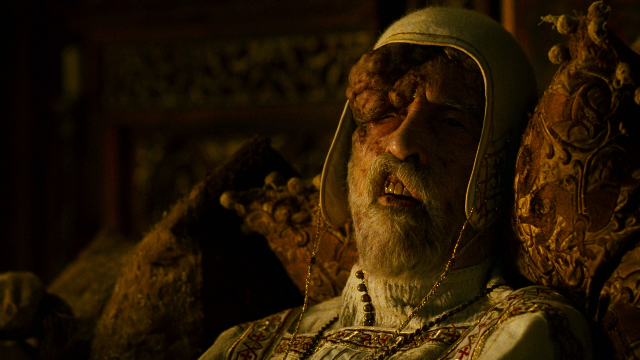 "Deleted Scenes" (9:56) supply a more concise character introduction for Behmen (before the addition of an opening Crusade battle scene), also filling out the role of Debelzaq, a monk with a special purpose on the journey. There's an unrated prologue as well, with a little more swing to the opening hangings.

"Becoming the Demon" (8:29) covers the creation of climatic monster, with Tippett Studios stepping in to fashion a ghoul using cues from artwork found earlier in the picture. The featurette openly discusses the film's reshoots, with the producers looking for a bigger bang by adding a demon to a conclusion that originally didn't provide one. The breakdown of visual effects is always intriguing, with some BTS footage employed to understand the creative effort.

"On a Crusade" (6:07) covers more reshoot terrain, exploring the formation of the opening battle montage, which was added to provide blunt character motivation and cinematic oomph. The information provided here is superb, with footage and interviews supplying a true comprehension of intent and execution.

"Alternate Ending" (9:20) retains the plot and the original incarnation of the climatic demon, displaying a finale free of overt CGI. 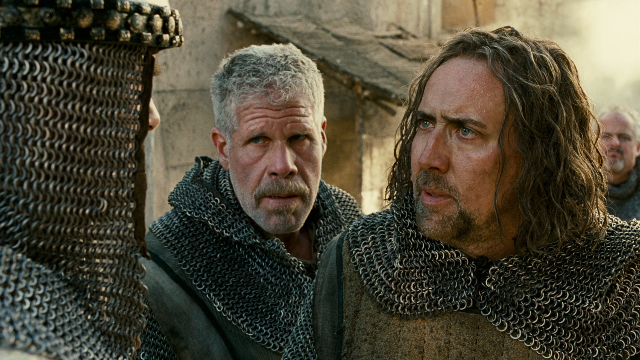 Curiously, "Season of the Witch" isn't really about witches at all, but more of an exorcism picture with a finale filled with flying demons and bellowed incantations. The mystery is removed to put on a visual effects show, diluting whatever little suspense was building along the journey. I mean, if the title promises witches, a whole season of 'em to be exact, there better be some primo she-beast action to nibble on while Cage makes constipated faces. The rest of these demons can go straight to Hell. 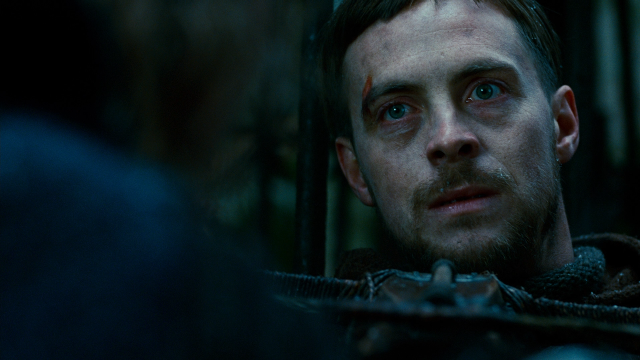