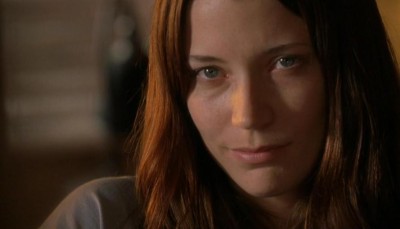 "Waking Madison" appears as though it emerges from a heartfelt place of concern, yet the execution of this psychological drama is thoroughly unremarkable, consumed with ambiguity and obvious mood while its critical sense of humanity is pushed aside for low-budget dreamscape showboating. Writer/director Katherine Brooks has passion, but her feel for storytelling is seriously tangled.

With her inner demons multiplying, Madison (Sarah Roemer) has allowed herself 30 days of unforgiving isolation inside her apartment to investigate her illness. Diagnosed with Dissociative Identity Disorder, Madison struggles to make sense of her reality and the abuse she suffered as a child at the hands of her parents (Will Patton and Frances Conroy). As her mind races around memories and delusions, Madison finds comfort in Dr. Barnes (Elisabeth Shue), a gentle therapist who hopes to calm her patient down while dealing with various troubled types (including Imogen Poots and Taryn Manning) at her hospital. 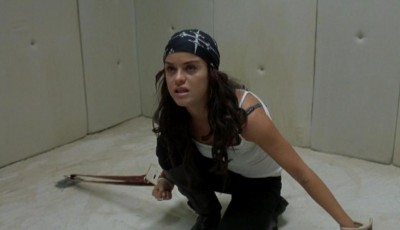 "Waking Madison" is a modest movie with ambitious ideas, seeking to visualize the complicated nature of Dissociative Identity Disorder through nightmare imagery and a fractured realization of time. What Brooks has here is a fascinating short with a few twists to share and a genuine interest in the vast, suffocating mysteries of the mind. Unfortunately, she's built an entire feature film with these slight ingredients, forcing her to stretch the compelling elements thin, dwelling on repetitive manic behavior to make a 90-minute running time. Salient points on mental decay are made and quickly choked out by the permissive direction, unable to create a consistent feeling of dread as Madison indulges suicidal thoughts and endures antagonism within the hospital. The core of the material retains significance, but it's buried by superfluous behavior, destroying the fine layers of investigation Brooks is laboring to produce.

Thankfully, Roemer's performance as Madison is rewarding, delivering a dark articulation of despair and resignation, with an appropriate hollow look to accentuate the doom. Her emotions and irritation are direct, and the shades of her splintered personality are successfully expressed. Shue also communicates urgency well, creating a needed impression of concern for the young, delicate things. The acting is showy but never disconnects from the nature of the picture, often saving Brooks when she decides to demonstrate Madison's dementia through formulaic visual symbolism. 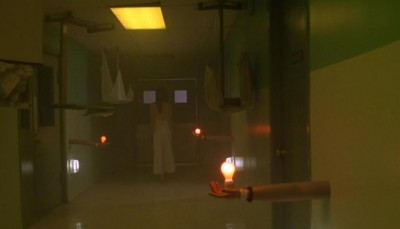 The anamorphic widescreen (1.78:1 aspect ratio) presentation maintains the enigmatic New Orleans look of the film, with a satisfactory read of colors and atmospheric changes, capturing solid hues from costuming and the rare outdoor excursion. Skintones are expressive and natural, registering the changes in emotional intensity. Black levels are supportive but never remarkable, and there are some incidents of pixelation.

The 5.1 Dolby Digital sound mix is a standard offering of heightened dialogue exchanges, with whispered and bellowed lines sounding crisp and clean, without distortion. Low-end is sparse, only kicking up during soundtrack cuts, while scoring is effective with comfortable separation. Not much force is present here, but the basics are cared for. A 2.0 track is also included. 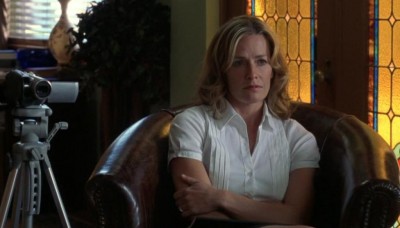 The feature-length audio commentary with writer/director Katherine Brooks is an agreeable effort, perhaps because the filmmaker turned to Facebook for help with topics and focus. While Brooks is willing to share stories from the production and explore her creative inspirations, along with pointing out the nuances of her direction, the sound level on the commentary is much too low, in constant competition with onscreen events. The track is reserved only for the most patient.

"Interviews" (33:36) sits down with Katherine Brooks, Sarah Roemer, Elisabeth Shue, Taryn Manning, Erin Kelly, and Frances Conroy, who all share their experiences about the filmmaking experience and their reactions to the script. The chats are useful, but conducted on-set, leaving a critical sense of hindsight behind.

"Deleted Scenes" (8:02) provide a few dreadful moments of Madison as a phone sex employee, while taking to the mystical side of life as the character interacts with a tarot card reader.

And a Trailer is included. 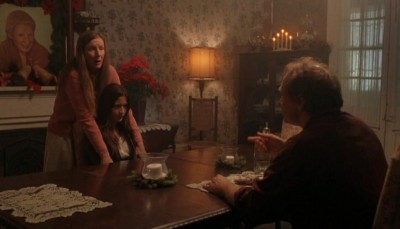 As unease escalates, Brooks loses her grip on the material, attempting to close the movie with a shattering twist of realization for Madison that might possibly free her from her psychological prison. It reeks of desperation -- an inflated climax on a film that required discreet care. The wilds of Dissociative Identity Disorder is nothing new to cinema, yet Brooks has something compelling with "Waking Madison." It's too bad she doesn't trust the innate deception of the malady, instead looking to cheap theatrical turns to keep viewers guessing. 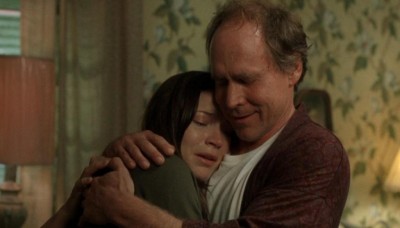