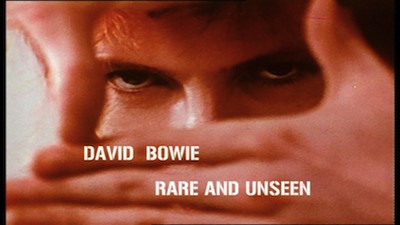 That's one hell of a disclaimer. And that's only half of it, as well.

So, let's clear the air up front: David Bowie - Rare and Unseen is not a collection of recently unearthed live performances. It has virtually no Bowie music at all. Rather, it is 54 minutes of interview footage, spanning from 1976, just after Bowie had finished shooting Nicholas Roeg's The Man Who Fell to Earth, to 1999, when the singer was out promoting his Earthling album. Most of what is in between is from the 1980s, so your interest will likely be proportional to how much you might agree that most of the '80s were pretty abysmal in terms of Bowie's recorded output. He is still interesting as a speaker, but he may not be going over what you most want to hear.

Those caveats aside, this is actually a fairly well-constructed program. The interviews are cut up and rearranged so that they flow together nicely, with the editor jumping between different sessions based on what is being discussed. The most complete chat is from the Russell Harty show on the BBC from '76, with Bowie in a rather mellow mood and not yet comfortable with dealing with a satellite hook-up. He grows far more at ease with talking on camera as the years pass, and he's actually far more fun to watch in the '99 piece. There are also brief clips of directors John Landis and Julien Temple (which we see twice!), as well as musician Carlos Alomar and Peter Frampton, discussing working with him, and even briefer clips of Bowie performing. Outside of some quick rehearsal footage for the Glass Spider tour (the other most extensive section on the disc), the latter snatches are accompanied not by the original soundtracks from the clips, but by execrable re-recordings of famous Bowie songs by someone named Stevie Riks. His impression of the Thin White Duke is pretty awful, and I'm guessing the reason these snippets are so short is that the producers cut the songs before they surpass fair use and might actually have to pay a publishing royalty. Classy!

As cheap knock-offs go, David Bowie - Rare and Unseen is all right. It's nicely put together, but it's absolutely insubstantial. For a DVD that clocks in less than an hour, you'll get less than an hour of enjoyment out of it and no more (and maybe less, depending). If that's enough for you, huzzah; most folks will want to keep walking on to better things, I am sure. You can probably assemble a lot of the same footage, and even listen to some of the actual music, equally as well on YouTube. 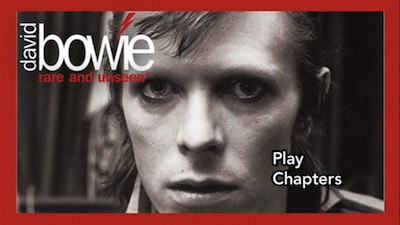 Video/Audio:
Surprisingly, the widescreen image on this disc looks really good. The producers at least worked from some quality sources, and the package even boasts that the Harty footage is restored for 16:9. The resolution is pretty consistent throughout, despite the varied source material. It's a decent product, cheap content aside. The audio mix has a bit of a whistle at times, but I think that's a source problem.

Extras:
None. Unless you count the typo on the back cover that claims it's a 64-minute DVD. Cheaters!

FINAL THOUGHTS:
Rent It. David Bowie - Rare and Unseen isn't the most awful unofficial product I've ever seen. It's not the type of thing you need to avoid at all costs. If you are a Bowie fan and you stumble across it and it's cheap, you might be just fine taking it for a spin. Then pass it on, or return it, or do whatever with it. It's nothing you'll likely revisit with any great excitement, not when you can just go listen to Scary Monsters or Low or any of this other fantastic albums instead. 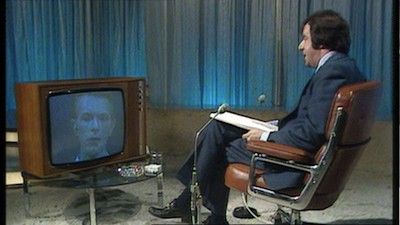