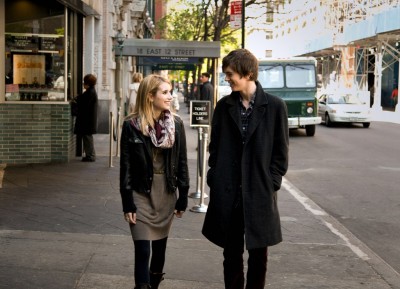 "The Art of Getting By" is a decidedly formulaic motion picture, but it's reassuring to see writer/director Gavin Wiesen present some effort into combating the clichés, eliciting acceptable performances and a few relatable beats of teen malaise as the script follows a familiar path of self-discovery and the heartbreak of first love. It's a rickety picture, but one that captures a strong feel for city life and the reluctance of personal application.

With existential concerns and artistic impulses keeping his head out of his homework, George (Freddie Highmore) is losing ground at school, finding the academic effort unappealing despite pronounced concern from his principal (Blair Underwood). Into his life comes Sally (Emma Roberts), a popular girl who takes a shine to George's outcast manner, forming a friendship with the uneasy boy. Finding his drab life colored by Sally's attention, George is confronted with intimacy and urges he's never come across before, while also connecting to an older artist (Michael Angarano) who finds Sally quite appealing. With his graduation in doubt, George is urged to take command of his life, though complications with Sally threaten to derail everything. 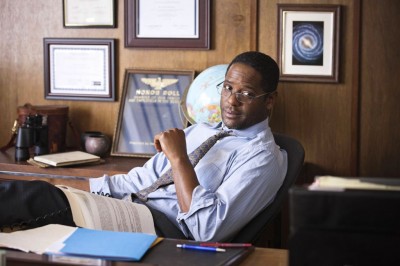 George is a teen with overly fussed hair, a pronounced attitude, wears his overcoat as a suit of armor, smokes, draws and paints, has a difficult relationship with his mother (Rita Wilson), and keeps a playlist of early Leonard Cohen on his iPod. He's a Holden Caulfield figure of teen angst with a slight case of rebellion, manifesting itself in a refusal to complete homework assignments and show respect to his elders. And Wiesen wants his audience to like this guy?

"The Art of Getting By" is founded in cliché, with teen romance and rejection a major concern for the characters, who pal around New York City trading fears and flirtation while adulthood draws near. Wiesen's script leans toward lazy characterizations, though he's generous with personality, infusing the story with charismatic people who make the journey convincing, despite plotting that keeps falling asleep. 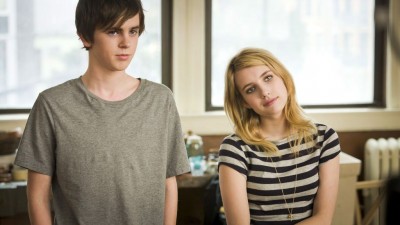 Questions of personal growth are successfully attacked in the picture, pitting George against the demands of his future while dealing with his feelings for Sally. At first cocooned in his mind, the teen is gradually coaxed out of his shell, infatuated with a girl who appears to be willing to take their relationship further, though fear keeps George distant and resentful. The arc of his awakening is interesting, with Wiesen using the NYC atmosphere to develop George's dalliances with reality, flashes of truth he's spent his entire life dodging. Highmore sharply articulates the reservations within the character, doing a fine job communicating feigned disinterest that slowly morphs into obsession. George isn't always the most appealing guy, and that complexity is welcome, with Highmore sharing credible chemistry with Roberts, also submitting pleasing work as the object of desire.

Wiesen plays a tad too lyrically with his widescreen frame, and the characterizations lose footing in the second half, delivering a few behavioral left turns that baffle. However, a sense of maturation and command with George is successfully expressed in the finale, supplying a peaceful landing that keeps to a question of impending plans. I'm not sure where George and Sally will end up, but it's refreshing to know that by the end of the film, I actually cared enough to contemplate their future as the credits rolled.