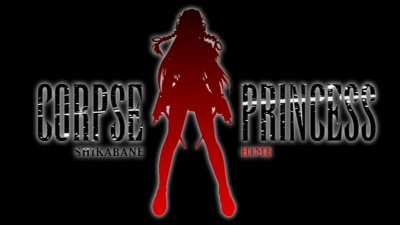 The story is decent. The setup is interesting enough. Nothing groundbreaking, but it doesn't have to be. The premise of Corpse Princess focuses on the "corpse princesses" (Shikabane Hime); those who have died but retain some semblance of life and can maintain living in their bodies and fight rouge shikabane who are capable of turning into giant monsters or demon-like beings that wreck havoc and terror on others. That actually sounds like a lot, doesn't it? The corpse princesses can enter heaven and find a sense of peace by destroying 108 of the Shikabane. They have the assistance of Buddhist monks who are assigned to guide one corpse princess. The battle between Shikabane and Shikabane Hime begins.

The lead character is Makina Hoshimura, a teenage school girl who is killed and becomes a corpse princess. The series suggests that most of those who become Shikabane Hime are those who have regrets from the lives they did live - in this case, there are frequently girl Shikabane Hime who become corpse princesses because they died at a young age and did not have the opportunity to experience life to its fullest. Makina seems to be a gentle and nice person who happens to be one of these living-dead beings. She is kind to everyone but the corrupt shikabane who use their newfound powers to create chaos - for those, well, she has a machine gun or two that she likes to use to destroy 'em in typical action-anime ways. Makina wants to reach heaven by destroying the 108 Shikabane necessary to move forward. The series also focuses on a younger teenage boy who wants to help her and who is thrown into the situation without much understanding of what is going on at first. Over the course of the series it is revealed that he has a strong connection to the dead and he becomes a core character to help Makina through his own unique abilities. 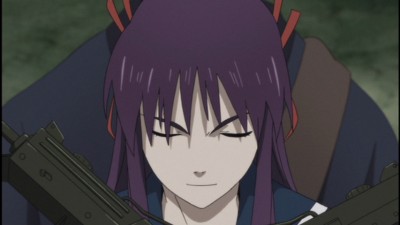 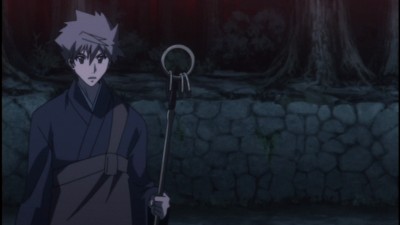 The animation manages to be one of the more positive aspects of the production. While the character designs rarely seem unique enough to be first-rate material the designs remain a nice touch to the foundations of the series regardless: Character designs are still distinctive. The series has many highly-detailed action sequences that seem to require great skill from the animators and in these moments the series find a way to excel as well. Artistically, the background animation is one of the finest areas of impressive craftsmanship and there are so many different landscapes and settings used that the show never feels too repetitive in that regard.

One of the major setbacks of the storytelling is that the series repeatedly seems to want to reintroduce story ideas without introducing additional elements that are actually interesting. Several episodes are downright repetitive. Every once in a while an episode will be generally well made and entertaining and then it will be followed by several more episodes that do little to advance the story. The characters are also pushed aside, almost every time, and developed far less than they should be.

There are story flashbacks; back-stories that give audiences information about characters, but the emphasis always seems to be plot-related and not focused on the characters at all. This is detrimental to the series as these aren't characters that are super easy to connect to without much insight into who they are and it makes everything seem far more convoluted. Corpse Princess lacks clarity and without the ability to demonstrate a clear sense of what the series is even supposed to represent it winds up feeling like a mixed bag of unrelated sequences of events and characters with no clear line connecting the dots from one scene going into another: The end result is an unsatisfying, messy, and often incoherent anime. 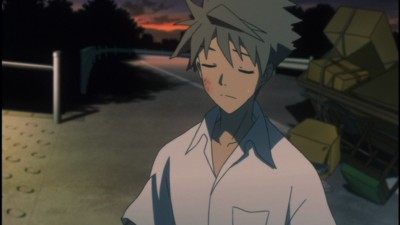 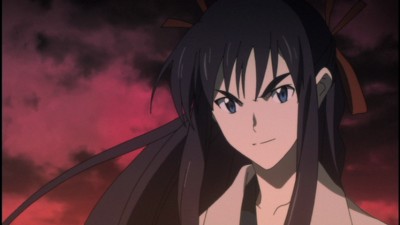 The picture quality on this release is pretty consistent throughout. Color reproduction is decent (although the color schemes are frequently muted in style). Contrast is also quite impressive. The image does seem soft on occasion and there is a layer of grain or noise which appears to have been added as a stylistic decision for this series. It is not as clean looking as a transfer - certainly not as clean as it probably could have been without such added digital effects and yet the style accurately reflects the general vibe from this series. Corpse Princess: The Complete Series presents all 26 episodes across four DVD discs and the original broadcast aspect ratio of 1:78:1 is preserved with an anamorphic widescreen 16:9 presentation.

The series has two audio options: the original Japanese language dub tracks are in Stereo and the English language dub version is available in 5.1 surround sound. The dubbing isn't quite up to par in comparison to most of Funimation's offerings but the added dynamics of an immersive audio experience in surround sound easily outdoes the original language dub option aurally. Yet the dubbing does seem superior in the original language, so fans should want to check both options and see which version sounds more suitable for their long-term viewing of the show. English Subtitles are provided for viewing the series with the original audio.

Extras are pretty slim on this release. The biggest highlight is a pair of commentary tracks included on the set. Episode 12 (located on Disc 2) and Episode 24 (located on Disc 4) are given the commentary treatment by the ADR director and some of the voice actors used in the English dub version. Personally, I don't find these commentary tracks that insightful or engaging but they might be worth listening to for fans of the English language dub and the voice-actors who helped to make that inclusion a possibility.

Other extras on the set include text-less opening & closing credits for the various animation and songs used throughout the show (there was variety), and Funimation trailers for recent and upcoming releases. 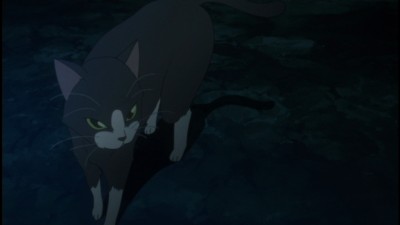 Corpse Princess wasn't an entirely successful anime series. The animation was pretty good, and there were some episodes that managed to be entertaining and yet the majority of the time the series wasn't engaging and that was largely because of convoluted storytelling that never quite managed to recognize the importance of true character development over more action sequences that most viewers won't care enough about to remember. Skip It.