Legend of the Millennium Dragon 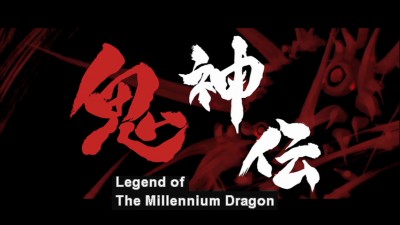 Legend of the Millennium Dragon is surprisingly a new anime release from Sony Pictures. The reason this is surprising is that the company has been extremely selective in the past and only licensed genuinely amazing anime feature films that are worthy of being classified as mesmerizing masterpieces; all classics in the art-form that is anime. Cinematic treasures like Tokyo Godfathers, Memories, and Metropolis are some examples of the incredible work often discovered by anime fans through the help of distinctive distribution by Sony. Legend of the Millennium Dragon is not a new masterpiece, nor a great thrill-ride of entertainment, or even a merely decent effort. It is the first true disappointment to be distributed through Sony.

Jun, a middle-school aged boy living in Japan, is thrust into a world of ancient mythological   creatures and demons. Jun is a chosen one who must learn to help save the balance of the world by fighting for the good of mankind against the evils of the demons and bring peace to all. Along the way he makes a few friends and discovers some things he didn't know in regards to himself and his abilities. Can Jun save the world and will he ever return to the world he knows in modern-day Japan?

The story of Legend of the Millennium Dragon is a simple one; both in presentation and in complexity or depth. The characters are essentially one-dimensional and never seem to be completely well-rounded or interesting to tag along with during the course of the story. The film feels incomplete and that is the bottom line. The story literally seems to feel as though an incredible amount of important back-story was simply edited out of the final production. 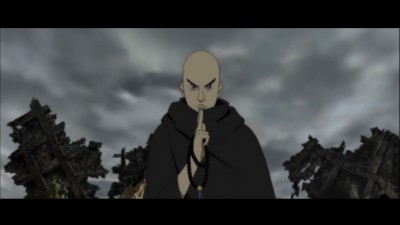 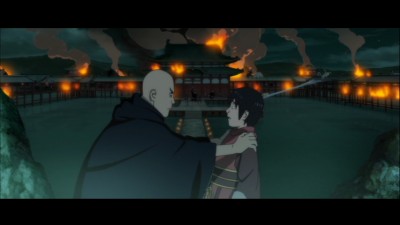 Perhaps the biggest issue is that the fact the film feels incomplete (as though it is genuinely missing parts of the story) and that can cause it to be extremely confusing at times or hard to follow. The plot mechanisms are simple and could have probably been handled with a bit more smooth transitions under some added guidance from the director and screenwriter of the film. For a story that seems to suggest the importance of a special flow (or energy) the filmmaking itself is confused about how to bring various potentially interesting pieces of the puzzle into a concrete story with appropriate pacing, story revelations, character moments, and a clear-sense of the whole film.

The animation isn't all that stellar either though as the character designs seemed somewhat bland and each character often felt indistinguishable when compared to other characters in the film. The backgrounds are often incredible though and are quite immersive and visually beautiful. The focus in each scene is often on details that are less interesting or involving and that detracts from the experience of viewing those beautiful scenic backdrops with a clear sense of artistic vision. There is also a feeling that the computer generated imagery overtakes the traditional artistry and while some productions can pull this design off well Legend of the Millennium Dragon feels too artificial in its animation techniques at times.

The story suggests a world of wonder, science fiction, fantasy, and all of these elements that are dearly important to me as a fan of storytelling. Yet the entirety of the film gives little to no explanation behind sequences of events or what they truly mean within the plot mechanisms. As a huge fan of fantasy it's somewhat disheartening to see a film make little effort in bringing audiences into a world of wonder while attempting to generate interest in those types of viewers at the same time. Nothing in the story had to be complex or realistic to be entertaining and captivating. All the film needed was a clear idea of its own goals and a clear idea of who the characters are in the film and why audiences should feel invested in them. Miyazaki's Spirited Away makes almost no sense at all in terms of attempts someone might make at "literally" understanding it but the characters feel believable and the setting is convincing; with metaphors, themes, and a story that is convincingly told. This shouldn't be compared to Miyazaki's work in artistry (as Miyazaki stands is a class of his own) but the same kind of basic ideas of fantasy and exploration are presented in this work without any understanding of why audiences should hang around to see what happens by the time the credits arrive. That's genuinely disappointing and the fact that Sony distributed this film is surprising. 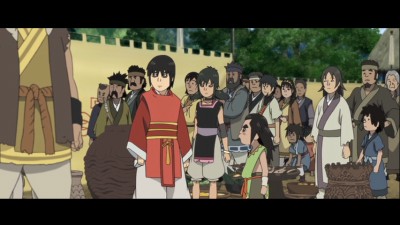 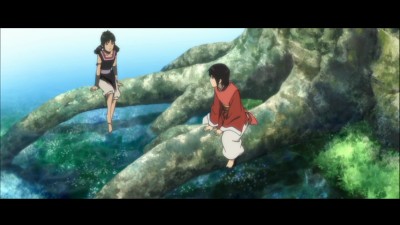 Legend of the Millennium Dragon arrives on Blu-ray with a stunning High Definition image presenting the film in its original theatrical aspect ratio of 2.35:1 in 1080p. The colors are stellar from start to finish and the image quality is clean and smooth. The animation is well displayed with this presentation and there are moments where the background artwork is a fascinating thing to behold.

Please Note: The images featured in this review are from the DVD edition included in this Blu-ray/DVD Combo Pack release.

There are so many audio and subtitles options on this release that it appears overwhelming to simply look at the long list of options. The primary options are the original Japanese dub and an English language dub (both options are presented in lossless DTS-HD Master Audio with 5.1 surround sound).  These are immersive and dynamics presentations with lots of bass, sound effects, and clarity for vocal reproduction and the presence of a music score. Other audio options include: French (PAR), German, Italian, Arabic, Spanish, and Thai 5.1 surround sound tracks. Subtitles are available in: English, English (for the deaf and hard of hearing), French, Portuguese, Spanish, German, Italian, Arabic, Thai, Chinese (Traditional), Chinese (Simplified), Danish, Finnish, Greek, Hindi, Korean, Norwegian, Swedish, Turkish.

The only extra included on the Blu-ray release is a Concept Art Gallery. These illustrations are visually impressive and worth noting. They can be viewed individually and viewers can scroll through them one by one. 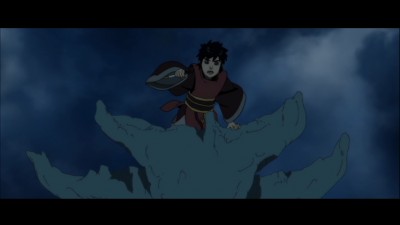 Legend of the Millennium Dragon doesn't seem to be entirely sure of the type of film it wants to be and that can make the experience less enjoyable for audiences. The story confuses more than anything and it feels as though elements of the story are somehow missing from the final production that Studio Pierrot created. The PQ/AQ is excellent while the supplements are fairly slim. Viewers who are curious about this production are strongly encouraged to consider a rental first while everyone else will want to take a pass. Skip It.