"The Warrior's Way" is an odd one. Wedged somewhere between the furious imaginations of Tsui Hark and Sergio Leone, the feature is an idiosyncratic ode to pure screen heroism thwarted by the junky instincts of its untested writer/director, Sngmoo Lee. I was never outright bored by the picture, but there's much to jeer in this overwrought action film, which spends so much time reminding the audience of its artificiality, it forgets to have some spaghetti western fun with the limitless potential of CGI.

A brilliant swordsman for the Sad Flutes squad of assassins, Yang (Jang Dong-gun) has slaughtered most of his enemies, left with only a royal infant standing between him and military glory. Taking the young prince and fleeing the land, Yang heads to find a friend in the forgotten land of Lode, inhabited by broken circus folk, a town drunk (Geoffrey Rush), and a plucky would-be knife thrower named Lynne (Kate Bosworth). Welcomed by this motley crew, Yang begins to build a life with the kid, enchanting Lynne with his silent ways. Trouble arrives in the form of disfigured tyrant The Colonel (Danny Huston), who's come to terrorize Lode. When the community elects to fight back to protect their fallen town, a new threat joins the party when Yang's army of highly trained warriors arrive, looking to kill the one who abandoned them. 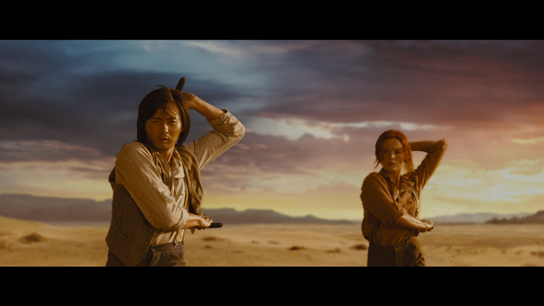 "Warrior's Way" exists in a fantasy gray zone that allows Lee to indulge his every last cinematic whim. It's not a comedy, yet retains a few jocular beats. It's not a western, but the script itches to stage classic genre showdowns. It's a perplexing movie that initially feeds off the Tarantino teat, making the audience well aware of Lee's mischief, using self-referential text and bedtime story narration from Rush to convey a tonal ease, offering a few winks to solidify a properly whimsical mood before the blood flows (actually more of a mist here) and baddies start pointing guns at the infant. The general thrust of "Warrior's Way" is established early and loudly, but that doesn't make it appetizing.

Here is a film drenched in greenscreen and CGI. It's everywhere, creating a flat, lifeless appearance that's distracting. While working a medium-budget opportunity to generate stylish action sequences with plenty of visual polish, the plastic appearance pulls out all the verve from the piece. Instead of a sword-slashing romp kicking up sand in the blazing sun, we have a sleepy video game where cowboys face off against ninjas, fighting tentatively to protect the exact CG moves plugged into the film at a later date. There's little here worthy of any excitement. Lee has a decent eye for slo-mo assault sequences, but the tiny flashes of inspiration are spread out over an overlong, supremely dull motion picture. 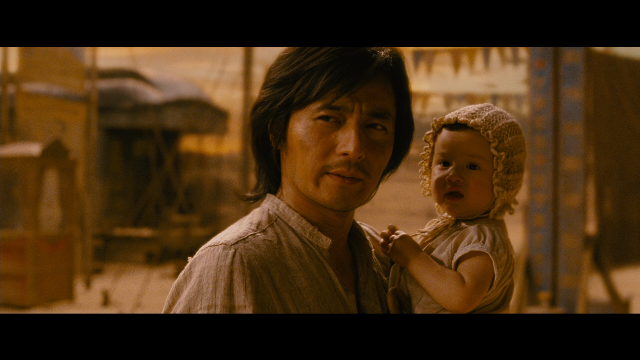 The positive here is Jang, who cuts quite a figure as the traveling samurai of few words. The image of this threatening man lugging along an outrageously adorable baby is good for a few smiles, and Jang holds his own during the combat scenes. His orders are to keep his hair conditioned and look ominous, and thankfully he's magnificent in both departments. As for Rush, he wanders through the film looking justifiably confused, while Bosworth leans for a Annie Oakley-style twang to the sidekick role, understandably itching to stand out in the computer glaze. 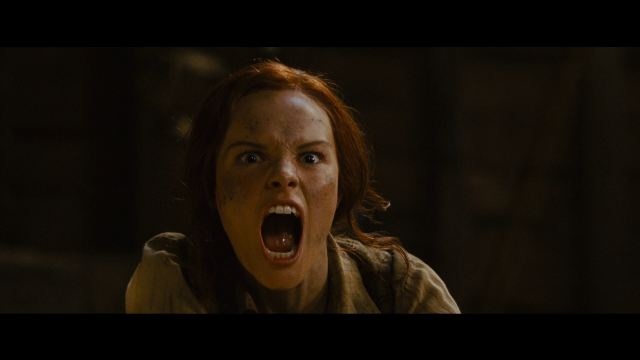 Colors are a primary source of life for the AVC encoded image (2.35:1 aspect ratio) presentation. Hues explode all over the picture, creating an accelerated feel for the exaggerated tone intended. Skintones tend to run a little hot at times, but the majority of the colors are suitably separated and pushed, with the amber colors of the West effectively executed. Shadow detail loses its grip in the darker moments of confrontation, while grain is inconsistent. The clear, textured HD presentation doesn't really do the visual effects any favors, emphasizing the synthetic nature of most shots, which can be distracting with bloodshed.

The 5.1 DTS-HD sound mix successfully articulate the various genres competing for attention in this picture, with a light feel for comedy and a heavier mood for action. Directional activity is generous for both ends of the spectrum, with knives whizzing around and bodies whooshing. Verbal activity is varied, but clear, with the track making sense out of accents, keeping the actors satisfactorily separated. Scoring is on the tinny side but still effective, while atmospherics are heartily juiced, providing a pronounced feel for the cartoon setting of the film. Low-end is strong. A French track is also included. 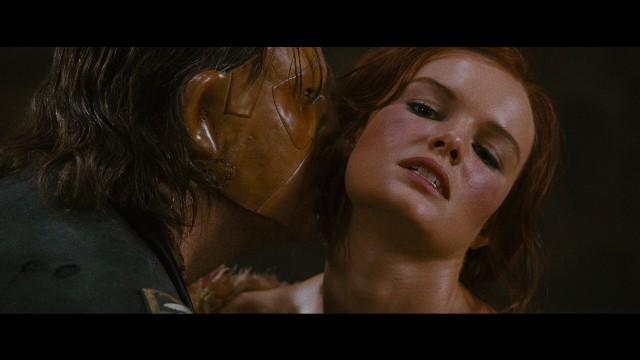 "Behind the Scenes Montage" (2:26) is an intriguing, but far too short peek at the making of the film. Interviews with the cast offer platitudes, but glimpses of greenscreen work and stunt training hold interest.

"Deleted Scenes" (12:10) supply small hits of atmosphere, with the sideshow antics of the town underlined, while we see two versions of a campfire tale about a pair of local outlaws. Most of these scenes are presented in an unfinished state, permitting viewers a chance to observe the CGI application. 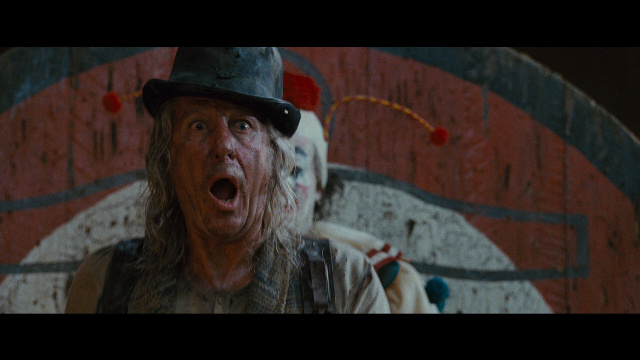 The final act of the film is devoted entirely to the gigantic battle, with ninjas flying through the air, The Colonel quipping away, and Yang barely blinking as he slices and dices a path to safety. It's a colossal payoff to a very tepid buildup, revealing a violent, concentrated east-meets-west screen energy "The Warrior's Way" should've employed from the start. 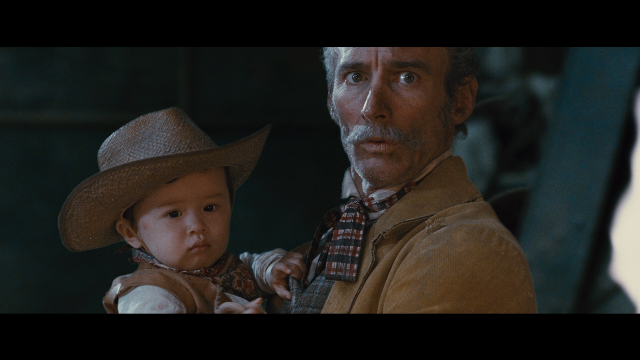