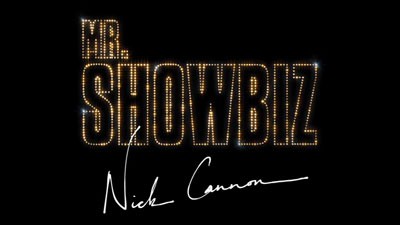 
The Show
I would never profess to be a Nick Cannon fan, but he's certainly a big enough star that I am aware of why he's famous. Young TV star. Short-lived movie actor. Host of America's Got Talent. Chairman of TeenNick. Guy who gets to see Mariah Carey naked on a regular basis. But one thing I would have never put on that is stand-up comedian, having never heard him take the mic. However that's how he got his start, and at 30 years old, having had success in almost all other venues, he returned to the stage, touring small clubs to hone his act before doing his first stand-up special, performing at The Palms in Las Vegas.

Perhaps he could have spent a bit more time preparing.

That he comes out and spends an inordinate amount of time on crowd work (a theme that continues throughout the entire show) was the first bad omen. After declaring himself "America's Safest Negro" in a sarcastic self-introduction, he dives right in on race, honing in on Tammy and Todd, a white couple sitting in the front row. They would become his go-to target as he returns to race again and again, be it his bit about white people's ability to have meetings (which he decides is the black community's main weakness), talking about his youth attempting to be a part of gangs, drugs and crime or his bemused view of drunk white guys. This material was bound to lose me, as I find these types of jokes to be too easy and old-hat at this point, especially his nerdy white people voice, but if that's your cup of tea, Cannon goes for it with real enthusiasm. Unfortunately, he follows up all this material that's rooted in race with a hypocritical call to end racism, which would essentially end his stand-up career. 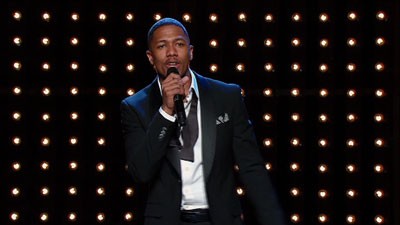 His other key theme is being famous, which makes sense considering how many famous people he interacts with on a regular basis, particularly his wife Mariah. He mines that relationship for a good chunk of his show, thankfully choosing to go the self-deprecating route rather than be a braggart, downplaying his role in the Eminem/Mariah clash, and portraying his spouse as his pimp, who keeps him in line before red-carpet appearances. Though some of these bits work, like the ones on celebrity kids and how his life has turned out to be a really good game of M.A.S.H., his jokes about his celebrity friends congratulating him on his marriage only provided the opportunity to see Cannon's less-than-impressive impersonations, including Kanye West, Adam Sandler, Dave Chappelle and Denzel Washington. If he hadn't said who he was doing, the extended Washington bit would have just been an odd segment about some guy saying Denzel Washington movie quotes to Nick Cannon.

Where Cannon really succeeds is in his more down-to-earth stories, about growing up without much, talking about bootleg toys and entertaining yourself, or the list of off-brand cereal mascots he knew thanks to having a cheap mom. And though this special barely pre-dates his becoming a father, the topic was definitely on his mind, as he shares his fears about being a dad, thanks to the bad kids in his family, and the role models he's had, good and bad. When you see him being real, and succeeding at it, it makes you think the rest of the show might be inauthentic (and, at 90 minutes, too long) which is why it doesn't quite work. But hey, it's his first crack at stand-up in the spotlight. Practice makes perfect. 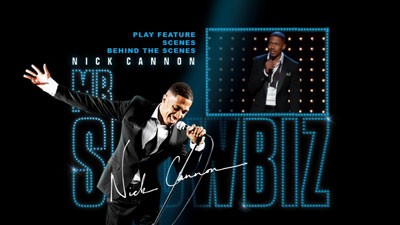 The Disc
The 90-minute special arrives on one DVD (which was a screener, so no packaging was provided.) The disc features an animated, anamorphic-widescreen main menu with options to watch the special, select chapters and check out the extra. There are no audio options, no subtitles and no closed captioning.

The Quality
There's nothing wrong with the anamorphic widescreen transfer on this special, as Cannon is well-detailed as he stalks the stage, and the lightbulb-heavy stage and audience have plenty of fine detail as well. The black levels could be a touch deeper, but the skintones are right on and there are no noticeable issues with digital distractions.

The audio is presented via a Dolby Digital 5.1 track that puts you in the middle of the audience, like all good stand-up DVDs, putting Cannon in the center channel, and leaving the surrounds to the audience's reaction, with a touch of echo from Cannon. Everything is captured nicely, and Cannon is clear and free of distortion. It's still just stand-up, but it's handled well.

The Extras
The only extra is a 10-minute look behind the scenes of the special, including clips of Cannon touring in preparation for the show, connected by Cannon's thoughts on his comedy and the process of crafting his set (including the traditional spiral joke notebook.) Considering you saw most of the jokes shown in the same form in the special, it's a bit repetitive, but there's some footage from the prep for the shooting of the special as well (where you get a brief glimpse of executive producer Brett Ratner.) It's a well-made making-of. 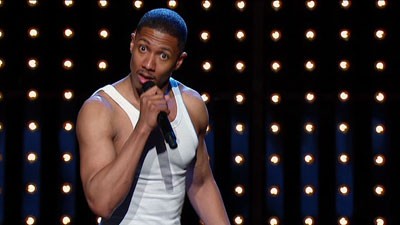 The Bottom Line
For much of Cannon's first stand-up special, I wasn't with him, and I can't say there were any big laughs to be had, but there is promise, and if he can get away from the easy jokes and focus on his storytelling, he could have a future as a comic (though he's got a few fall-back options as well.) The disc looks and sounds good, and has one quality extra, but this is certainly a disc where your mileage will vary.