"Dawning" is an exhaustively disappointing film. Co-writer/director Gregg Holtgrew appears to have his heart in the right place, staging a psychological thriller in the middle of Northern Minnesota woods, where isolation provides a sinister backdrop to vague evildoing. Unfortunately, there's little terror within the picture, which spends too much time exploring clichéd characters, skipping fingernail-chewing suspense to cover tedious, repetitive domestic matters.

On their way to a cabin weekend to greet their estranged father Richard (David Coral) and stepmother Laura (Christine Kellogg-Darrin), siblings Chris (Jonas Goslow) and Aurora (Najarra Townsend) share hesitation about the visit. After a few awkward pleasantries, irritations are soon revealed, with alcoholic Richard disappointed with wandering spirit Chris, while infantile Aurora shows disdain for homewrecker Laura. As the night wears on, trouble arrives in the form of a bleeding, panicked man (Daniel Jay Salmen), who warns the group that evil is present in the area, waiting to strike. 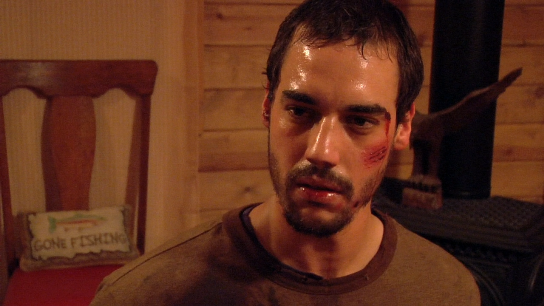 75 minutes feels like an eternity in "Dawning," a feature that lacks serious cinematic gas. Holtgrew has a crafted a dull motion picture, but one that demonstrates promise in the early going. The introductory moments with the family capture a compelling situation of fractured relationships, with the script organizing obvious but tolerable characterizations to make its point about familial discontent exploding inside a claustrophobic setting.

These are likable actors (Townsend is the most polished and expressive) doing their best to communicate disturbance in various forms, but Holtgrew never develops the discord beyond convention, failing to challenge expectation with a vigorous exploration of behavior. Instead, these are four clichés facing the unknown, saddled with painful dialogue that forgoes subtlety to further predictability. It's troubling to see Holtgrew so fixated on the mechanics of the family, with much of the running time devoted to tedious arguments and confessions that steal attention away from suspense. The effort is to solidify the group as dimensional human beings, but the writing is too stiff and padded to make an impact. 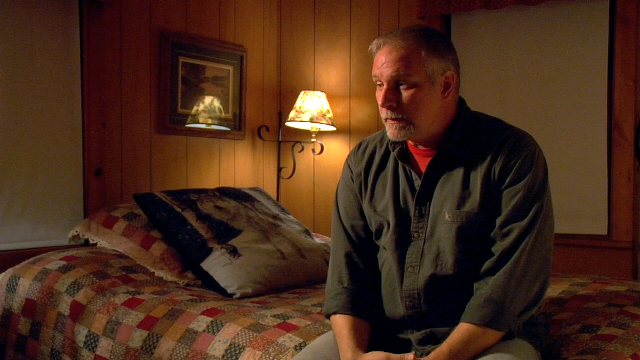 There's an unseen evil lurking in the woods, yet "Dawning" never grasps the potential of the concept. Instead of an escalating nightmare where the family turns on itself, perhaps guided by dark forces, Holtgrew summons a flaccid sense of unease, taking too long to tighten the noose, making the film more about conversation than fright. Though working with a limited budget and a singular location, there's no reason Holtgrew couldn't get a little nutty with his picture. Instead, "Dawning" never slips out of first gear, spending much of the running time suggesting malevolence without paying it off. 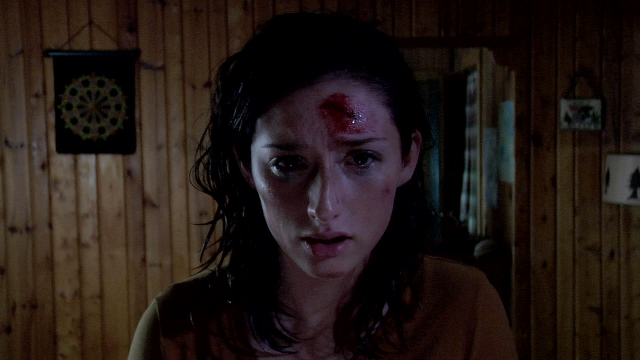 The AVC encoded image presentation (1.78:1 aspect ratio) is a murky affair, with poor shadow detail throughout, obscuring low-light sequences and fine detail. Clarity is satisfactory but never remarkable, permitting an idea of tension, only without a true feel for texture. Colors aren't pronounced, but the autumnal landscapes are served well, along with costume hues. Skintones are natural. Overall, it's a soft, unconvincing presentation.

The DTS-HD HR sound mix is expectedly thin, though forceful when the need arises. The verbal exchanges lack weight and emotion, sounding tinny, especially when the pulse of the picture is raised slightly. Dialogue is clear but never profound. Scoring holds a more interesting position, feeling out the surrounds with a convincing power, creating some faint directional movement. Atmospherics are light, but a few outdoor sequences supply a rich sense of location. Violence is subdued, lacking a low-end stomp. 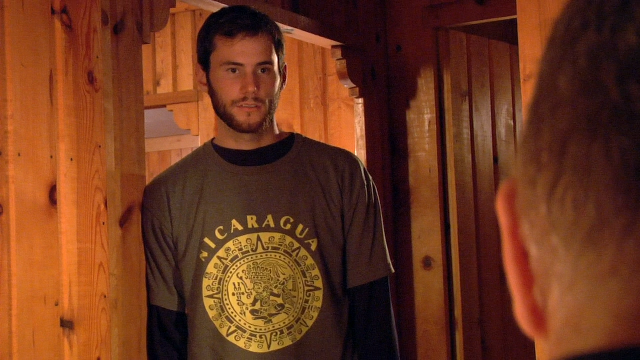 The feature-length audio commentary with co-writer/director Gregg Holtgrew is an intimate conversation with the filmmaker, who seems pleased with his feature. Delivering information about shooting locations, performance quirks, and the film's scattered history ("Dawning" starting shooting in some form in 2004), Holtgrew makes for a satisfactory guide, providing some understanding of the movie's goals. The filmmaker does reveal something of an impatient side with geek criticisms of the picture, leading to a few stretches of immature behavior.

The second commentary track features Holtgrew and actors David Coral, Christine Kellogg-Darrin, Jonas Goslow, Daniel Jay Salmen, and Najarra Townsend. A more casual affair filled with inside jokes and tangents, the track is best valued for its thespian perspective, allowing the actors a chance to communicate their experience making the picture over several years.

A third commentary track contains Holtgrew and Four Bloggers who gave the feature positive reviews during its film festival run. It's a victory lap conversation, with Holtgrew surrounded by supporters who won't challenge him or the movie. The track is strictly for fans.

"Behind the Scenes" (69:24) should really be the only supplementary feature on the disc. An extraordinarily informative BTS journey, the documentary does a masterful job dissecting the "Dawning" filmmaking event, using interviews and on-set footage to underline the creative effort and explore the sheer number of years it took to find a suitable cut. It's terrific and often ridiculously arrogant, rendering the three commentaries unnecessary.

"Deleted Scenes" (16:32) offer character development and interactions from various years of the shoot, with Holtgrew providing information via introductions.

"Goodies" (25:59) is a mix of B-roll, production camaraderie, and outtakes, collected here to convey the atmosphere of the set. 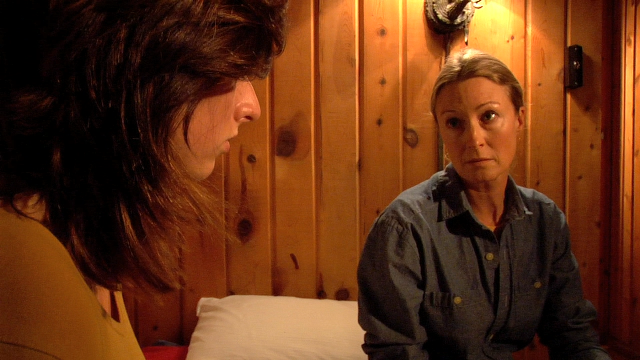 More of a ghost story than a psychological free-for-all, "Dawning" drags to a close, which I suspect is meant to symbolize something more than the picture takes time to establish. Though working with provocative horror ingredients, this is no "Evil Dead" type of bonanza. It's more of an episode of "Intervention" with a few puddles of blood, a sweaty hostage spewing unfulfilled doomsday promises, and force of darkness that's surprisingly patient. 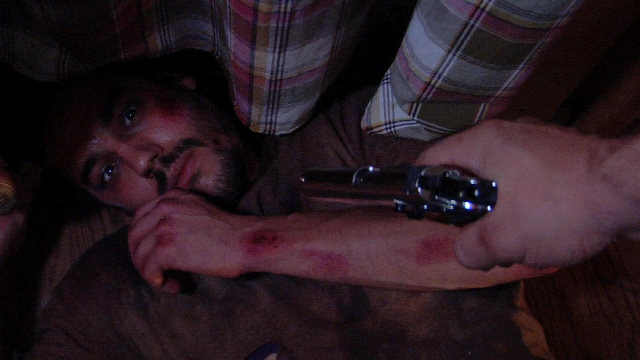