The idea of a motion picture built around the rehabilitation efforts of a chirpy teen, with pronounced Christian messages to boot, doesn't exactly promise a searing portrait of determination at the edge of catastrophe. Thankfully, "Soul Surfer" has an astonishing event to work with, dramatizing the incredible true story of Bethany Hamilton, a 13-year-old girl who faced an unimaginable test of survival, surrounded by her loving family, her faith, and tasty waves beckoning the surfer girl back to the spot of her greatest misfortune.

Young Bethany Hamilton (AnnaSophia Robb) is a girl made for surfing, finding peace in Hawaiian waters alongside her close-knit family, including father Tom (Dennis Quaid) and mother Cheri (Helen Hunt). One morning while out on the waves with her best friend, Bethany is attacked by a shark, losing her left arm in the chaos. Returning from the brink of death, Bethany faces a challenging new life, looking to her youth pastor, Sarah (a painfully wooden Carrie Underwood), for guidance. Determined to return to the water, Bethany slowly begins to surf again, struggling to figure out a comfort zone for an athlete with only one arm, challenging herself through competitions, struggling to stay ahead of her self-doubt. 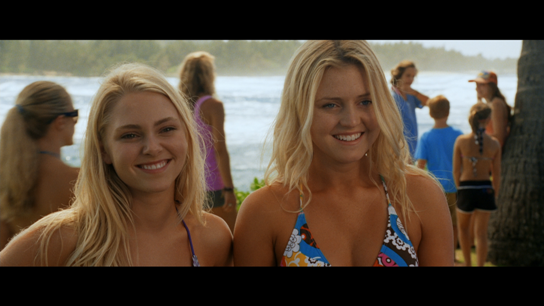 Also not in this film's favor? Director Sean McNamara's last picture was the 2007 live-action incarnation of the "Bratz" franchise. Oof. So, we're left with these ingredients: Teen girl, religious overtones, and the "Bratz" guy calling the shots. Understandably, not an enticing viewing situation. Despite the discouraging odds, "Soul Surfer" is a stunningly competent take on an awful oceanic incident, respecting the complicated setbacks facing the lead character through a sincere, occasionally surprising melodrama that hits mostly rewarding messages of perseverance and family unity, unearthing an unanticipated sense of coherence to a frenzied situation.

Bethany's story is a rather straightforward arc of recuperation and sporting bravery, with the screenplay looking to build something more substantial than a countdown clock to the shark event. The impression of community support is effectively communicated by McNamara, who takes time to develop Bethany's life with her hippy-dippy family of sun-baked surfers and their religious devotion, a spiritual clarity that's softly defined by the feature, portioned without the traditional forward attitude that typically sinks recruitment pictures. The film constructs an amiable existence for Bethany to best underline the eventual violation, securing the character as a free spirit with a defined moral core, eager to engage in friendships and family, while nursing a mild competitive streak when it comes to rival surfers and the miracle touch of a sponsorship deal. 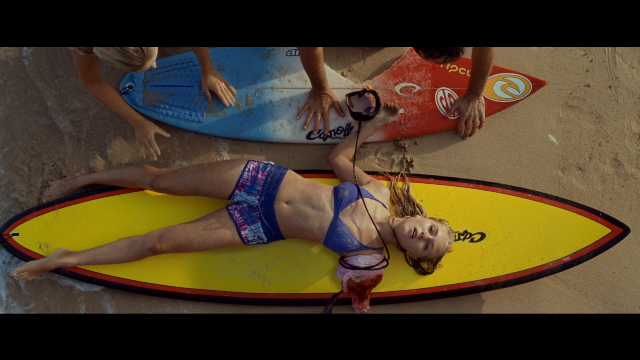 There's a kindness to the feature that's endearing, lead by Robb's commitment to the wonder and worry overtaking Bethany after the attack. While a picture deploying broad strokes, I never felt overtly manipulated by the film, engrossed in the conflicts and spectacular surfing footage, with aquatic cinematography stylishly handled by John R. Leonetti. While it doesn't reach grand heights of personal examination, "Soul Surfer" articulates a sweeping change of life for a girl who's barely used to the one she had, nailing the devastation, humiliation, and eventual resolve with compelling concentration.

As for the shark attack, it's not a sensationalized moment cheapened by an extended effort of suspense. Instead, McNamara hits the audience quickly, reinforcing the shock of the violence by staging it speedily, making for a bold punch of horror that truly underscores the severity of the event. 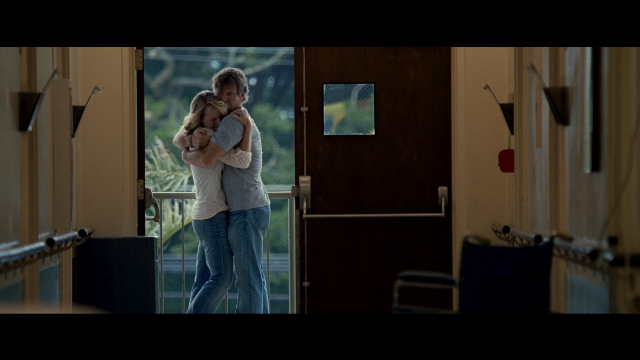 The 5.1 DTS-HD sound mix carries quite a wide spectrum of sound effects and vocal intensity, generating a full blend of aural nuances to support the visuals. Dialogue is frontal but effective, able to solidify whispered fears while contributing forceful beachside shouts and celebration. Scoring is pronounced without stepping over the verbal exchanges, filling in the surrounds with dramatic support. Atmospherics are robust, with terrific directional activity for water events and competition chatter. DVS, French, and Portuguese tracks are also included. 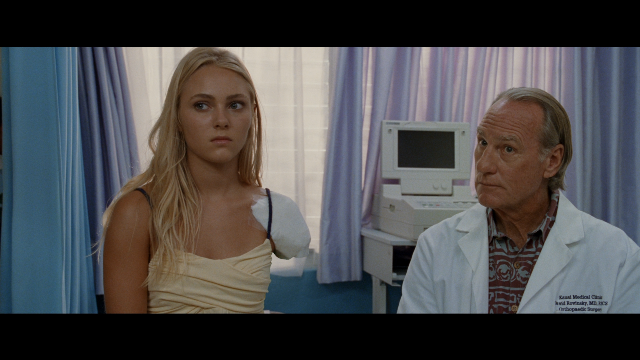 "Making Of" (12:47) is standard promotional fluff, breaking up numerous film clips with cast and crew interviews. The chats are lightweight, exploring motivations and personal reactions to Hamilton's story. More interesting is talk about the Hawaiian shoot, which prompted certain cast members to join the production.

"Surfing for the Screen" (5:28) spotlights the dedication of the Hamilton family to the sport of surfing, which required believable moves for its cinematic replication. An exploration of the cast and their natural abilities ensues.

"Becoming Bethany" (3:42) focuses on the relationship between Robb and Hamilton, which became a semi-sisterhood after initial moments of awkwardness. The discussion soon turns to the actress, who wanted to imitate the surfer's attitude in full.

"Heart of a Soul Surfer" (30:31) is 2007 documentary short on Hamilton that recounts her shark encounter and efforts to return to surfing shortly afterwards. Interviews with the teen girl, along with her family and friends, are quite illuminating, supplying a shot of reality to counteract the glossy Hollywood treatment.

"Bethany Hamilton on Professional Surfing" (4:54) focuses the spotlight on the star of the show, offering a brief interview and plenty of surfing footage. 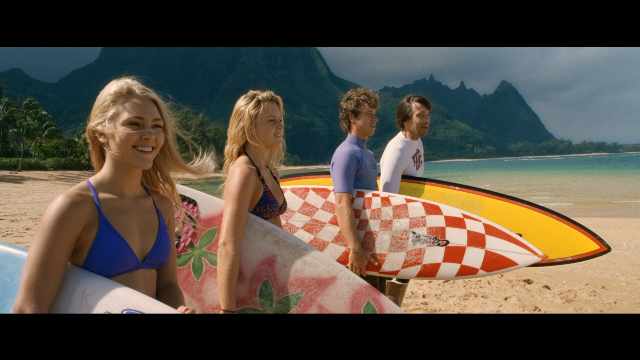 "Soul Surfer" loses its step hunting for a singular path of consideration for Bethany, who finds her lust for water restored during a youth group trip to a tsunami-ravaged Thailand. McNamara can't help himself, but the feature isn't kneecapped by late inning broadness. "Soul Surfer" has enough integrity and surprise to lift it past a few canned moments, creating a substantial film when a cinematic disaster was all but assured. 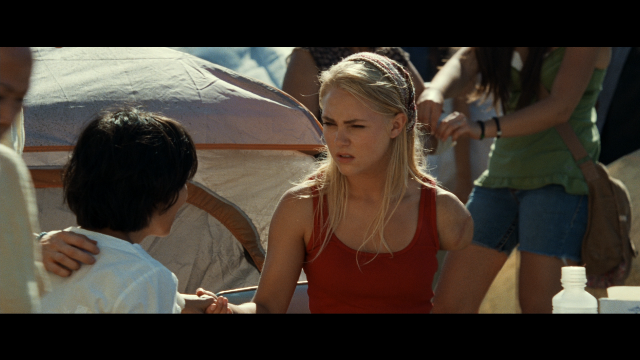