The 1987 comedy "Overboard" is an incredible study of star power, displaying how a few seasoned professionals can take a limp script and turn it into something unremarkable, yet completely palatable. Kurt Russell and Goldie Hawn are truly the only reasons to keep watching this otherwise flaccid comedy, which feels static when it should zing and oppressive when it should soar.

Trapped in Elk Cove, Oregon while her yacht is docked for repairs, spoiled heiress Joanna (Goldie Hawn) hires strapping carpenter Dean (Kurt Russell) to construct a new closet for her shoe collection. Onboard, Dean bears witness to Joanna's bully behavior, a shrill routine of snobbery soon turned on him. When Joanna is knocked off the boat late one night, she awakens in a local hospital, unable to recall the details of her life due to trauma. Dean, sensing an opportunity to take back what's owed him, convinces Joanna that he's her husband and his squalid home with four children is her family. Unsure, but unable to protest, Joanna is introduced to the ways of housewifery, while Dean works to keep the scam going while tending to a few professional opportunities. 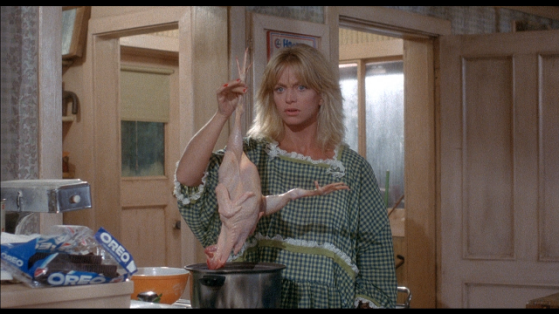 "Overboard" is a gentle romantic comedy, directed by Garry Marshall in passive, unfunny manner that would come to define his career. The filmmaker is searching for a classic Hollywood feel for the material (scripted by Leslie Dixon), arranging a battle of wills between Joanna and Dean, set loose inside an amnesia premise that's only moderately tended to. In fact, there's barely a reason for Joanna's misfortune at all, but who am I to stop the progress of monkey business.

The majority of the feature is devoted to Joanna's domestic deliverance, spotlighting her attempts to tame this family of undomesticated rapscallions while working inside a dilapidated home -- a filthy backwoods abode Dean almost seems proud of. Fed lies by the unshowered clan, Joanna is shoved into a life she doesn't recognize, faintly recalling her time with privilege, yet confronted with doctored photos of her life with Dean, while facing four horrifying reminders of her once potent sexual prowess. 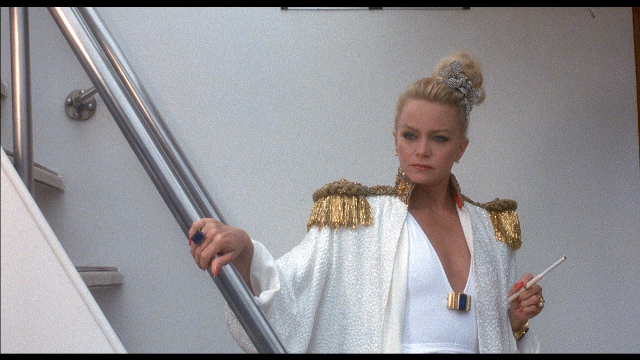 The comedy emerges from Joanna's mortified reactions and Dean's frantic scheming, yet Marshall is only interested in the surface elements of the sneaky imprisonment, turning rural Oregon into deep Kentucky to display a redneck wonderland of beer consumption, water barrel dunks, and working-class dreams of miniature golf. "Overboard" moves along like it has somewhere to go, yet halfway through the picture, it suddenly dawns that this is it. Just some mild animosity, playful fibbing, and the slow dance of love, as the lead characters gradually move from shock to romance, with Joanna creating a home Dean and boys grow to adore, finally receiving a sense of discipline that's been absent for far too long.

With Russell and Hawn out front and center, "Overboard" enjoys their easy chemistry and amusing comedic timing. Playing stereotypes, the actors serve up pronounced behavior and bug-eyed reactions superbly. Russell alone is a convincing jumble of ambition and anxiety as Dean nervously covers his tracks to keep Joanna disoriented. He's terribly fun in the role, finding the right he-man tenor to best accentuate Hawn's articulation of confusion. Her bookend scenes as a spoiled brat are colorful, creating a perceptible arc to the character and her frazzled sense of location. 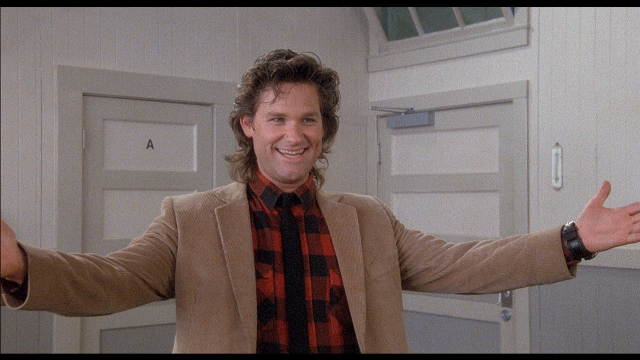 The AVC encoded image (1.85:1 aspect ratio) presentation works for this hazily shot motion picture, yet the BD doesn't provide a rich sense of cinematic feel to the visual elements. The picture is soft with a heavy feel for grain. While a step up from any DVD release, the Blu-ray displays slightly washed-out colors and unconvincing skintones, with faces lacking their pink appeal. Clarity isn't robust, displaying unconvincing details and weak textures, lacking a direct kick of clean imagery, while print defects are detected. Shadow detail isn't sturdy, losing hold on evening encounters and dense hairstyles. It's not a hideous BD viewing experience, but the film hasn't been subjected to a vigorous remastering to take full advantage of the Blu opportunity.

The 5.1 DTS-HD sound mix is a competent blend of music and dialogue exchanges, with a frontal push for voices, though the actors sound on the thin side, lacking a substantial weight to reinforce their comedic efforts. Soundtrack cuts and scoring cues sound bright and eager, providing depth to the track and supporting mood when called upon. Atmospherics are detectable for outdoor encounters and bar scenes, but are limited by design. Low-end is minimal. 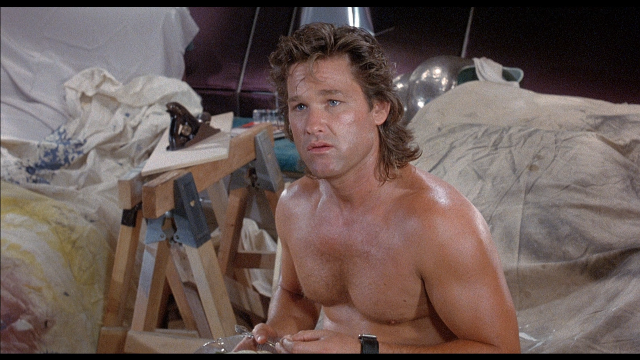 After an anemic box office showing, "Overboard" built a steady audience on basic cable, where it's limited charms and broad acts of soulful restoration play with the proper scale. Marshall has created a sitcom with this material, leaving television an appropriate platform for the picture to succeed. As a big screen offering, it's flat and feeble, with only Hawn and Russell capable of elevating the merriment to a respectable level. 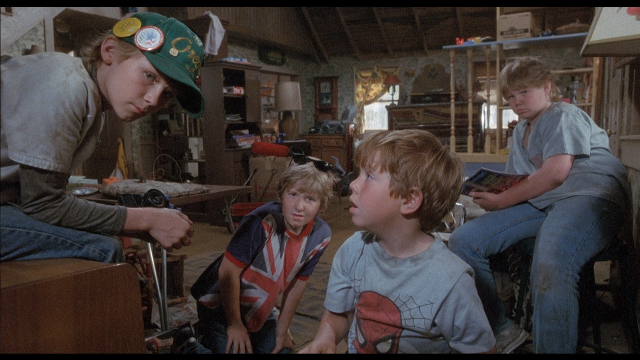