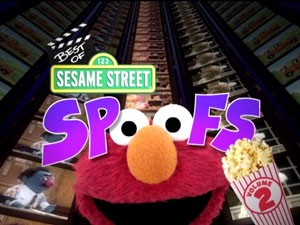 
The Show
No matter how frequently conservatives hold PBS up as target, its pre-eminent kids show, Sesame Street. remains a cultural institution for children, mixing early-development education with fun and humor. Part of what's kept the show so popular is its ability to remain relevant and contemporary by parodying current pop culture touchstone and utilizing celebrities to speak to their young fans (and frequently their parents as well.) After 40 years, there are plenty of examples of these spoofs, and this set offers up the supposed best of the bunch, starting at the beginning and working forward to today.

The spoof concept can be a bit hit or miss, though it's certainly improved with time. Some of the parodies are simply about the title, like "A's Anatomy," which seemingly has little to do with Gray's Anatomy outside of being doctors, focusing on healing an injured letter A. Some just don't work, like "Oooo-klahoma." But when they really work, mostly in more recent sketches, it's because they really embraced the source material and weaved the lesson through it. I've never actually watched an episode of The Closer, but the Sesame Street version is hilarious, as the spoof of Kyra Sedgwick's character emphasizes the difference between open and closed. The little bits of the real Mad Men that made it through to the parody about emotions will tickle parents who enjoy AMC's show. And the puppets made for the cast of Law & Order are just perfect. 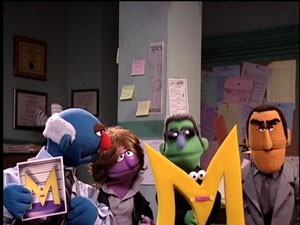 Though there are certainly parodies that didn't make it into this set, the key omission is the lack of songs. Plenty of artists have appeared on the show singing kiddie-education versions of their hits, including Billy Joel, R.E.M. and Norah Jones, but you don't get any of them here. In fact, there's not enough songs at all, with just six songs in all, and none on the more modern second disc. Yes, there's the all-time great Billy Idol spoof "Rebel L" and the amusing take on Bruce Springsteen's hit with "Born to Add," but why not toss on Katy Perry's "Hot or Cold", the great Beetles tune "Letter B" or the fun "Little Miss Count Along", a spoof of the Spin Doctors song.

If any bit here shows exactly who the target audience of these spoofs is, it's got to be "Desperate Houseplants." which is jaw-dropping in its innuendo. Seriously, when the plants are talking about how the landscaper knows just what they need, it's practically uncomfortable, even if the joke will go right over the heads of kids watching. The lack of impact is equally true for parodies of True Blood, Twin Peaks and Mad Men, among others. Though younger viewers will benefit from the educational lessons about rhyming, the alphabet or emotions, they won't get the joke in the least (which is doubly true for the older parodies, based on shows or movies that predate many viewers by decades.) These are purely for the parents in the room, and it's this attention to entertaining everyone watching that keeps the show a popular attraction, generation after generation.

Here's a breakdown of what's on the discs, and some of the highlights:
Disc 1:
Dragnet
King Minus
Here is Your Life
Beat the Time
Count it Higher - Oddly, this is a parody of the Beatles' "Twist and Shout," but the puppet parodies Elton John.
Six Dollar Man - This is a bit of a stretch, since it has next to nothing to do with the show, outside of the name. It does have Kermit as a reporter though.
Born to Add
Family Food: Real live Richard Dawson!
Hey Food
Rebel L
Hill Street Twos
Monsterpiece Theater - Gone with the Wind: This is funny simply for the fact that the host (Cookie Monster) is named Allistair Cookie.
High Twelve
Monsterpiece Theater - The King and I
Oooo-klahoma!
Casablanca Alphabet - This is extremely well-done, but just not as entertaining as the other entries.
Cereal Girl - Super cute parody of the Madonna classic.
Twin Beaks - For this one, it's as if they just gave up on the idea of education and simply went for the Twin Peaks parody, including a character named David Fynch. Fun for fans of the series.
Ronnie Trash

Disc 2:
Colambo
Spaceship Surprise - Though you wouldn't know it from the title, this is a Star Trek: The Next Generation spoof, and a good one at that.
Braid-y Bunch
Six Feet Under - Funny wordplay, but a very limited concept.
Dr. Phil Meets Dr. Feel
24
Desperate Houseplants
Law & Order: Special Letters Unit
Outrageous Makeover: Home Addition
A's Anatomy
GNN - Anderson Cooper reporting from a garbage can. You don't really need to know anything else, do you?
RSI: Rhyme Scene Investigation - Though they investigate rhymes, the real question is who's a better actor: the puppet or the real David Caruso?
30 Rocks - You have to love puppet versions of Liz (literally a) Lemon and Jack Donaghy.
Pre-School Musical
Dirtiest Jobs
Mad Men
True Mud - So weird to see such a good preschool spoof of such an adult show
The Closer
O Network - The jokes may be a predictable, but there are still laughs in this parody of the former talk show queen. 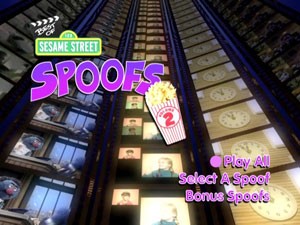 The DVD
A two-disc set packed in two slipcased ThinPaks, this release has animated, full-frame menus, with options to play the special, select spoofs and check out the extras. There are no audio options and no subtitles, though closed captioning is included.

The Quality
The specials are presented with full-frame transfers (with more recent episodes presented in letterboxed widescreen) and the image is good, obviously improving from the decent quality of early clips to beautifully clean and crisp shows from recent seasons. There are no real issues of note, with no obvious problems with dirt or damage, nor any real problems with digital artifacts.

This sets offers Dolby Digital 2.0 soundtracks, which offer good, standard TV presentation, with balanced delivery between the two channels. There are no problems with distortion, as the dialogue and music come across nice and clean.

The Extras
There are five bonus spoofs including, split between the two discs. Up first is a trio of examples of the Beat the Time sketch on Disc One, this time with Grover, the Count and Elmo. If there's anything you get out of these, it's that the show can go back to the well over time. The second-disc's bonuses are a bit more interesting, as you get a never-before-seen parody of Jon and Kate Plus 8, which is dead-on, along with "Smell Like a Monster," which parodies those great Old Spice ads, only with Grover in the lead. Cute stuff, but pretty short. 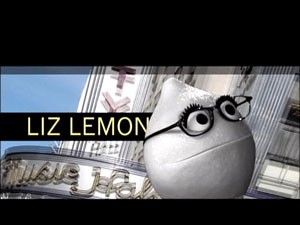 The Bottom Line
There's a lot to enjoy in this two-hour set, though your enjoyment may be limited to your own range of pop-culture knowledge. That is, unless you're a kid, as the show speaks to anyone young at heart with its adorable way of spreading lessons via cute puppets. The set's quality is good, especially considering it's aggregating four decades of content, but you aren't getting much in terms of extras. Despite that, these DVDs offer something for everyone in the room.