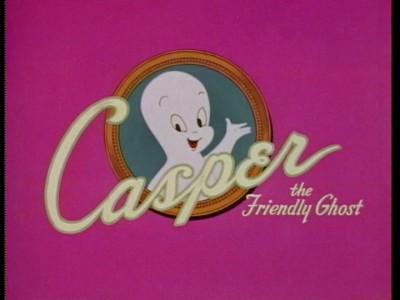 Casper: The Friendly Ghost debuted its first theatrical cartoon short on November 16, 1945 with the simplistic and appropriately titled The Friendly Ghost. At the time of the cartoons premiere there was no specific mention of Casper in the title credits and it was apparently unclear to those involved in the short that a real series of some importance to youth had thereby begun. Casper would go on to have an impressive run consisting of 55 theatrical cartoon short films (the last of which, Casper's Birthday Party, was released on July 31st, 1959) and eventually several television shorts. The Casper: The Friendly Ghost Complete Collection DVD release contains each of those theatrical animated shorts and the newly-produced (at the time) shorts which were featured on the New Casper Cartoon Show (a total of 26 additional cartoons were produced for the television series).

Casper The Friendly Ghost is arguably one of the most beloved animated programs from the early 1950's. The cartoons were simplistic in approach to storytelling (a common approach in many cartoons of the period) but each theatrical short also featured a good theme that elevated the material. The main goal of these cartoons seemed to be to bring audiences a important message of providing friendship, compassion, understanding, and acceptance to others. The early Casper cartoons encouraged youth to reconsider their own personal fears, to accept those who might be different from themselves, and to learn how to recognize and accept the differences of individuality in themselves as well.

These cartoons remain important today because of the clear messages that were conveyed, and also for the fact that the Casper cartoons proved to be entertaining in a unique way in both the approach taken in covering the fundamentals of cartoon-making and as a general sensibility or style. The illustrations were often harmonious in a pleasant and friendly way. The central character exhibited qualities that are still commendable and notably important. 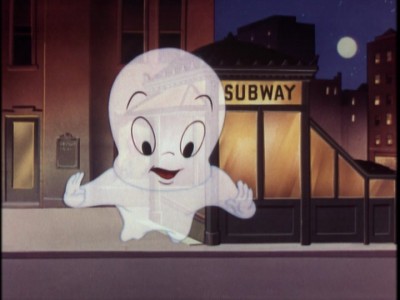 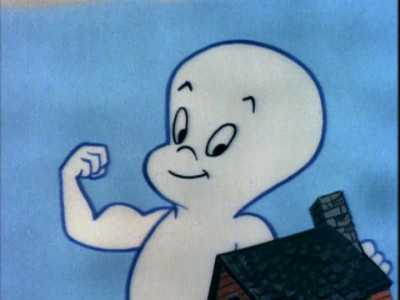 One element of these cartoons that is truly ponderous is whether or not Casper was a ghost all along or was a young boy who died and became a ghost. It is a depressing element that somehow has been glossed over to some degree. Some of the shorts suggest that he was a boy at one point as there are moments where he resides close to tombstones while another solution is eventually offered that he was born a ghost. The Spielberg produced and Brad Silberling directed Casper film released in 1995 decided to follow the concept of Casper as tragically being a young boy who died of pneumonia and became a ghost.

There are some supporting characters that come into play in both the theatrical shorts and on the television series that are notable. Outside of Casper "the friendliest ghost you'll ever know", there was the tough, mean-spirited Spooky (who typically wore a cap on his head), Wendy the Good Little Witch (Casper's best friend), The Ghostly Trio (relatives of Casper), and specifically in the series there was a magical ghost horse by the name of Nightmare. Each of these supporting characters provides some needed characterization and helped expand the cartoon universe. 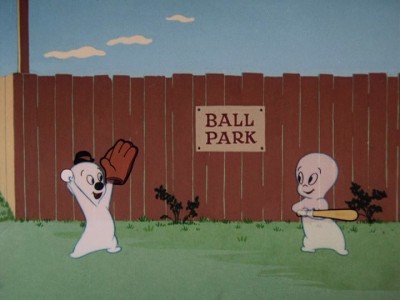 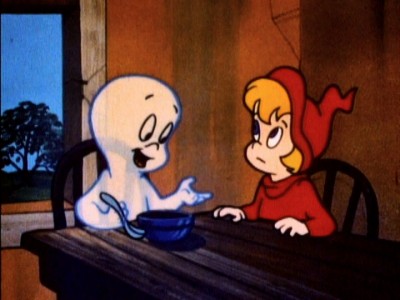 The animation holds up extremely well for the theatrical productions. The animation is fluid, the character designs are creative, the backdrops are interesting, and the use of colors was surely a huge contributing factor to the series success. The production qualities were strong and rarely suggested that there were any major complications behind-the-scenes financially or creatively. The television shorts (i.e. those shorts created specifically for the New Casper Cartoon Show) were another matter altogether with animation that was notably inferior to that of the theatrical release productions. The animation on the New Casper Cartoon Show was less invigorating with more static imagery and fewer interesting backgrounds. Even the way in which characters were drawn proved to be less engaging and it seems both creative and budgetary constraints were key components in the significant drop in animation quality.

The stories don't significantly vary and can become somewhat repetitive in approach. The most common element of a story thread is for Casper to avoid scaring people and to go in search of a friend. Along the journey Casper usually unintentionally scares people simply by being himself and winds up making a friend with a young animal of some sort before the cartoon has ended. Naturally, however, there are some standout shorts that do seem to differ from the usual approach.

Casper: The Friendly Ghost was a wonderful theatrical-run cartoon series with several great moments throughout its history. The New Casper Cartoon Show is less successful and feels secondary to the greatness of the earlier cartoons. Created by Seymour Reit and Joe Oriolo, Casper has remained a historically relevant character and the cartoons are sure to delight animation enthusiasts who can appreciate the greatness of a sweet boy ghost who wants only to make friends and to treat others with the respect that other ghosts wouldn't even consider offering.  Casper was a true friend to youth by teaching value lessons that were entertaining and creative at the same time. 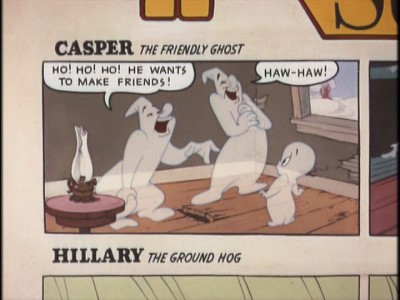 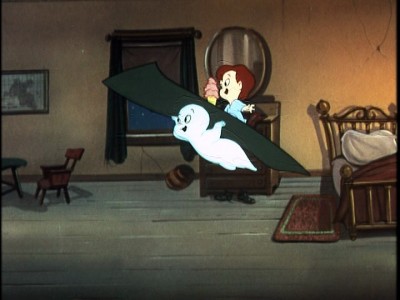 The Casper theatrical and television cartoons are presented in the 1.33:1 (full frame) AR in preservation of the original presentations. All of these cartoons vary dramatically in quality with little consistency from short to short. Some of these cartoons are VHS quality, others are low-grade DVD quality, and some are decent looking at their best. None of the included shorts have truly exceptional PQ. The first three theatrical cartoons are highlighted only in the bonus features section probably because the quality is noticeably poor in comparison to the rest of the theatrical shorts. The theatrical cartoons tend to rate as a 2.0 or 2.5 out of 5.

The shorts were digitally transferred to remove instances of dirt and scratches but there are still plenty of examples of this kind of print damage to be found. The television shorts aren't as poor off in this regard when compared to the theatrical shorts but they instead feature wavering-lines of color damage that makes each short a blotchy mess at times. The New Casper Cartoon Show shorts are ultimately significantly worse off with some terrible print damage that is a huge source of distraction. On the plus side, some of these shorts were unlikely to ever be released and this collection has remedied that issue even if the video quality disappoints. It is unfortunate that the colors are so weak on this set and that so much print damage can be easily found throughout the individual cartoon presentations.

Each short cartoon is presented with English language 2.0 Dolby Digital audio. There isn't much consistency in the audio department either. The biggest consistency is the element suggesting inconsistency is the norm. The audio elements sound weak at times with poor dialogue reproduction, weak bass, and shrill sounds all around. Some shorts sound okay; those would rate as moderately acceptable audio presentations. Other shorts sound like they could have undergone some serious additional restoration. No subtitle options are provided. 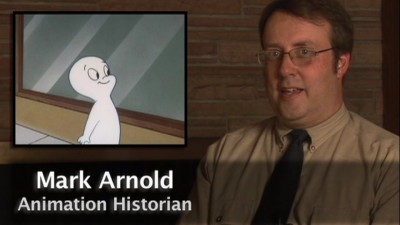 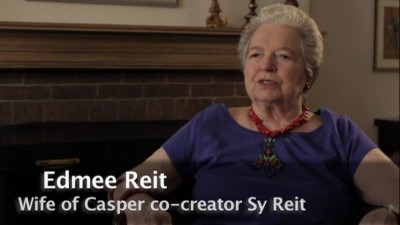 The first noticeable extra is a 20 page booklet containing "The History of Casper the Friendly Ghost" by Mark Arnold and a breakdown of the order of theatrical/television cartoons with premiere dates and air dates as well as which shorts feature commentary tracks and by whom. Mark Arnold is a cartoon historian and editor of The Harveyville Fun Times! publication.

These commentaries have some moments of interesting trivia tidbits and it is a surprising inclusion for the DVD release, yet it is worth noting that some of the commentaries are a challenge to listen to from start to finish as the information can sometimes be repetitive. There also seems to be several instances of some of the commentators not knowing how they should respond to questions because they can't remember all of the relevant details. This isn't the fault of anyone, per se, and seems to be a result of the huge gap in time in recording these commentaries following the actual production of the cartoons decades ago. 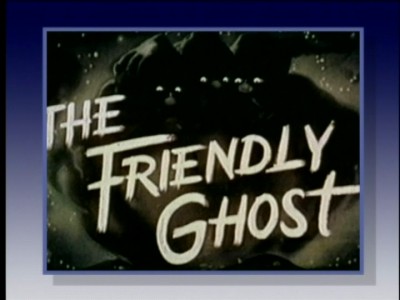 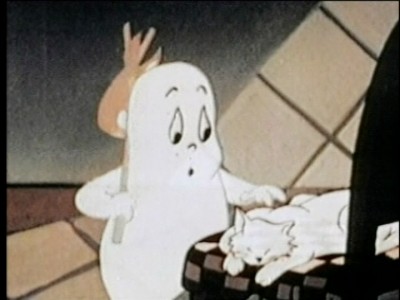 The first three shorts (The Friendly Ghost, There's Good Boos To-Night, and A Haunting We Will Go) are listed as extras but considering the "Complete Collection" label of this collection they hardly seem to be bonuses. The PQ on these cartoons is poor in comparison to most of the others included on the set.

A Casper Documentary (15:24) features interview clips with Mark Arnold, Edmee Reit, Alison Arngrim, and Bradley Bolke. Each interviewee provides information on their role in the Casper cartoon history and shares some interesting thoughts (though some of these moments seem to be repeated throughout the included commentaries).

The last bonus is a Gallery of Comic Book Covers (5:50). Even though there is a run-time included these covers can be skipped through using a DVD player remote. 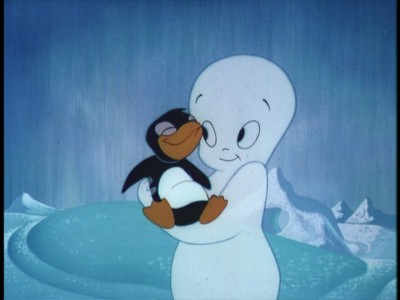 Casper: The Friendly Ghost is a memorable and charming cartoon series with some great moments during its theatrical years. The included New Casper Cartoon Show isn't as well made and serves mostly as an interesting side-note. The PQ and AQ are consistently poor, but considering the fact that this is the only complete collection available for these cartoons (many of which were previously difficult to find), and an inclusion of some bonus materials, this is still a reasonably worthwhile set if purchased at a low price-point. Recommended.