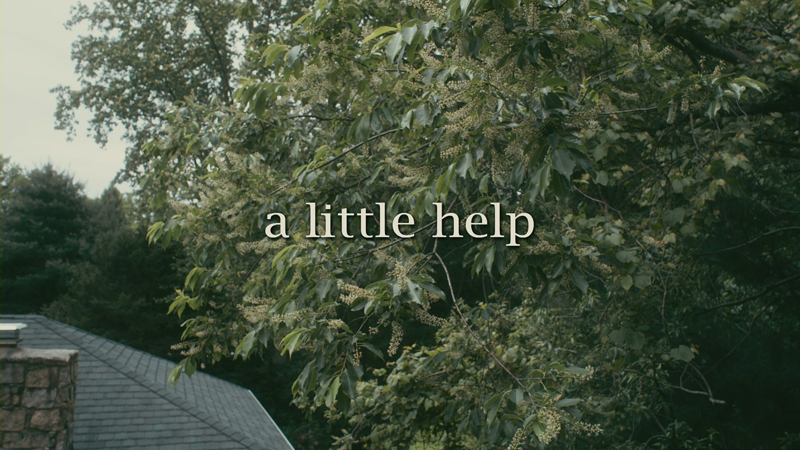 
The Movie
A few years back, I heard that Jenna Fischer, Pam from NBC's The Office, was at my college shooting a film. Being a big fan of hers, I was quite unhappy that I missed the opportunity to see her. But I never saw the movie and forgot about the whole thing, until A Little Help arrived and I was surprised to see a film shot in a place I've spent years in. Not only that, but the entire movie is set in my backyard of Long Island, and it does a fine job of telling a tale of missed opportunities from this thin strip of suburbia. Of course, you don't need to know how to pronounce Copiague to enjoy it (but it surely doesn't hurt.)

Unlike so many movie representations of Long Island, this one isn't focused on the rich, famous or beautiful. No, the star of the show is Laura (Fischer), a dental hygienist with a distant husband who spends long nights at the office (Chris O'Donnell) and a son (Daniel Yelsky) who's angry and sarcastic, communicating with his mother best through instant messaging. Though she's rather cheery, it's far from a ideal life for her, and she copes with the help of cigarettes and a beer (or two or three.) She can certainly use the escape, as she is constantly berated by her mother (Lesley Anne Warren) and sister (Brooke Smith), who never pass up a chance to take a dig at her (or her henpecked brother-in-law Paul (Rob Benedict.)) Finding a happy character in this film is like trying to find Waldo. 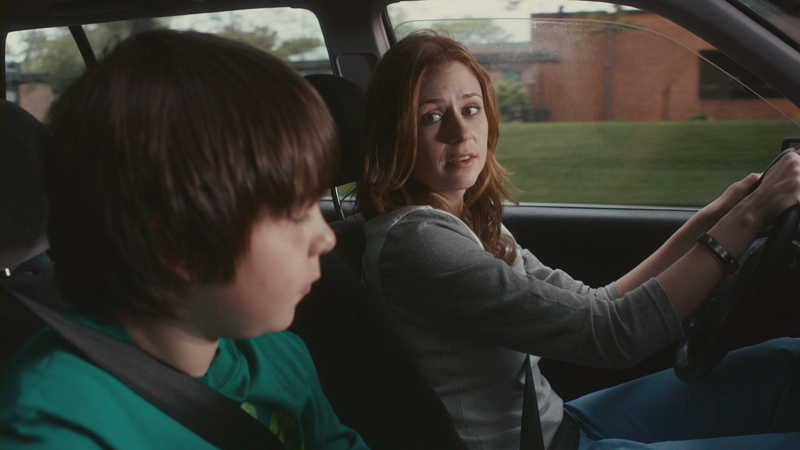 Laura's aggravating life becomes unbearable though when her husband suddenly dies, leaving her with nothing but debt, while leaving her son without a father. Though a medical malpractice suit offers a way out for Laura (a distasteful idea to her), her son's personal salvation comes in the form of a new school and a new start, but one built on a lie, as he tells his new classmates his dad died in the previous year's 9/11 attacks, in the line of duty as a firefighter. Whether through exhaustion or bad judgement, Laura goes along with the lie, one of many that will define her experience in the film. Similarly, Paul secretly supports his own son in a lie, encouraging his musical dream, against his mother's wishes. They are two people silently suffering, tied together by family, history and missed opportunities.

Written and directed by sitcom veteran and The King of Queens creator Michael J. Weithorn, the film carries with it a familiarity in the construction of the characters and situations, but, despite what the poster and tagline might lead you to believe, it couldn't be further in tone from a weekly comedy. This is an attractive film dripping with pathos, sporting several scenes so earnest that they run the risk of tipping into melodrama. However, with Fischer and Benedict (who should open some eyes as an utterly likable star) leading the way for a very talented cast, including Kim Coates as one of the best sleazy lawyers in film, the movie maintains a pretty even keel. That balance, and Fischer's charm, is what keeps you suffering along with her as things spin out of her control.

One of the great things about this film being a small indie production is the ending, which doesn't offer a pat wrap-up to the messy lives we've been observing. You absolutely know how things would go if there was a big studio logo at the beginning (which is free of titles as well, with all credits appearing at the end) but instead, the finish is refreshingly real. Admittedly, that's not exactly satisfying after investing nearly two hours in these folks, but leaving the finale up to the viewer means any disappointment in how things turn out lies firmly on the audience. It may be a bit of a cop-put, but at least it's not insulting (like the idea of saying Fischer's character had let herself go.) 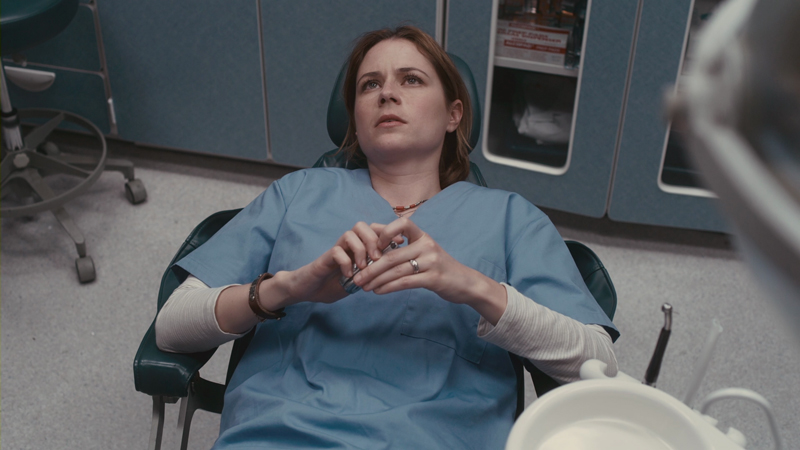 The Disc
The film arrives on a single Blu-Ray disc, in a standard BD keepcase, with a static menu offering the option to watch the film, select scenes, adjust the subtitles and check out the extras. The disc offers audio in DTS-HD Master Audio 5.1 while subtitles are available in English SDH.

The Quality
Offered with a 1.78:1 1080p AVC-encoded transfer, A Little Help looks pretty good, with the exception of the contrast level, which could be higher, leaving the film looking a bit flat and the overall color a bit dull. The level of fine detail is rather high though, lending the image lots oft detail, while the color, under a veil of low contrast, is appropriate for the settings. If the visual cloudiness was intended to illustrate Laura's mental state, then well done. Aside from some minor notes of some buzzing, the transfer is free of distractions or defects.

The DTS-HD Master Audio 5.1 track does a fine job with a dialogue-driven film, putting pretty much everything in the center channel. The only action reserved for the surround speakers comes when it gets some spillover during the songs, including several by Jakob Dylan, who acts almost as a musical narrator, and some very light atmospheric effects. It's a quiet film and the presentation is fine in that regard.

The Extras
There are 12 short interview clips included on this DVD, which you can watch separately or in a group, though the fact that each has essentially the same intro and exit might get annoying after three or four. Pretty much the whole main cast is represented (outside of Warren) but the clips are so short you don't get a lot out of them, other than some discussion about the themes of the film and some on-set experiences. Longer cuts from the interviews, rather than these internet-ready promos, would have been appreciated.

A Jakob Dylan music video is up next, for his song "Down in a Hole." It's a studio-set video intercut with scenes from the film, for a song that should appeal to fans of his work with the Wallflowers. The extras wrap up with a TV commercial and theatrical trailer for the film. 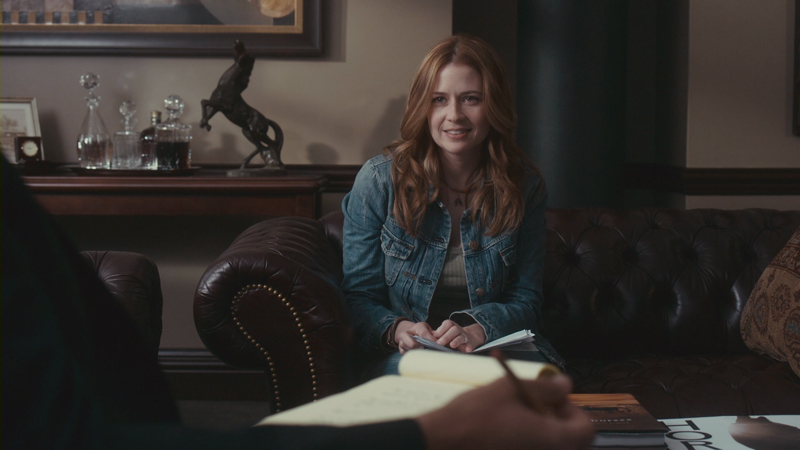 The Bottom Line
Though this isn't the Pam that Fischer fans have grown to love, the elements that make her character such a fan favorite are on full-display here, even if they sit beneath a thick coat of human suffering. And those same fans who enjoy the dark comedy of The Office will similarly find a few chuckles here, but it's more of a drama about possibilities taken advantage of and lost, one that builds to a rather heartbreaking, if potential positive climax, thanks largely to some fine acting performances. The Blu-Ray offers the film in fine condition, but the extras are limited, when there clearly could be more offered. While this is an absolute must-watch for any of the 7.5 million people who share Long Island with your humble reviewer, it's well worth a look for anyone into human stories without easy answers.