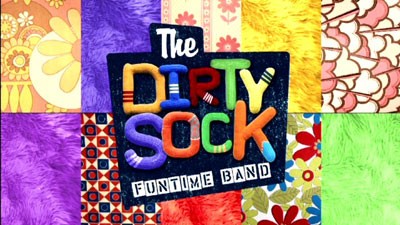 
The Show
Back in my daughter's younger days, one of our favorite shows was Jack's Big Music Show, which was most impressive for the range and quality of its musical guests, which included Lisa Loeb, the Trachtenburg Family Slideshow Players and Andrew Bird. Though the show was dominated by resident children's musician Laurie Berkner, the second-most frequent guest act was the Dirty Sock Funtime Band, who provided several memorable music videos to the series. Unfortunately, Jack's Big Music Show is no more, but the DSFB lives on with help from Snap Films, the production team behind the Jack's videos. This new cartoony, live-action series stars Mike (Messer), Stephen (Jacobs) and Mr. Clown (Adam Jacobs), the group's three vocal leads, as they weave together a silly plot to link together several musical segments, like searching for a pirate's treasure, wanting a pet or throwing a party.

Obviously, the key to the series is the band's music, which is rock, tinged with an indie ska feel, and it's legitimately entertaining. For any parent who has had to sit through a Barney, Raffi or Wiggles song, the DSFB is the antidote, delivering catchy, melodic tunes without resorting to simplistic repetition. Several of their songs, especially the infectious "NoGoodReason Party," are just simple yet funky fun that would fit in on most people's iPods, and even when they are obviously aiming for kids, like on "Dino-soring" and "Music Everywhere," you'll have a hard time not tapping your feet. This may sound like hyperbole (and it is admittedly partially) but "Donut Brain Aliens" is the kids funk song Prince never got around to recording, powered by Mike Messer's falsetto and backed by a talented band. I'd love to see them change the lyrics and make it a legitimate bedroom jam. The only thing I could question is why "SuperSpies" (the original song title and subject) became "BabySpies." 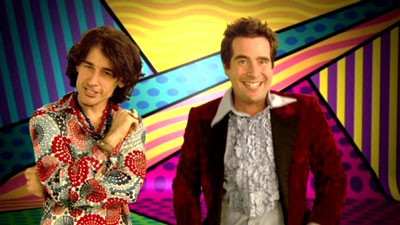 Though they are a tremendous band. the thing is the lead trio have charm to spare as actors as well, which makes the three episodes fun to sit through even for adults. This show is made for little kids, but they play it all at a level well above your average children's show. After all, how many kids shows reference Kafka and the New Romantics, no less in the same song? While Stephen Jacobs brings a Chris Parnell quality to his velvet-jacketed straight-man role and Adam Jacobs gets to cut loose as the pink-haired Mr. Clown, the multi-talented Messer, who comes off like a pirate hippie in his '60s-patterned shirts and long scarf, is without a doubt the core of the series. Besides being a great singer and dancer, he's just very likable and has fun with being goofy, but can still pull off a "moment" without making it seem forced or fake.

Though I can't find any evidence that there have been any additional episodes produced, the three included on this DVD point to a show that found its voice right off the bat, no doubt influenced by the collaboration that went into the Jack's Big Music Show videos. The three episodes feature a touch of padding in the form of sock-puppet TV anchors that frame the story and the Annie's Dance Class (featuring the group's dancer, who makes me miss Diana Ferrante, a former dancer with the group.) But otherwise, they are fun and light, moving from song to song quickly, which keeps kids involved. Considering the high energy of the performances (and they will encourage small viewers to jump up and jump around) the show could run the risk of landing in lulls when the plot is serviced, but that's never a problem. This disc is, without exaggeration, almost non-stop entertainment. 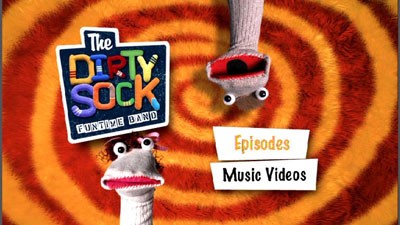 The DVD
This one-disc release arrives in a dual-hubbed standard-width keepcase, and features a static, anamorphic widescreen menu that offers a choice between the episodes and the videos. If you select the episodes, you can play all, or select a show, and then there are scene selections inside. There are no audio options, subtitles or closed captioning.

The Quality
Considering this is a self-released DVD, my expectation weren't high, but the anamorphic widescreen transfers offered here look great, far better than any of the videos previously shown on TV. Bright, sunny colors are replicated well, and there are no issues with compression artifacts, or anything else for that matter. A solid job all around.

The Dolby Digital 2.0 audio tracks sound fine, presenting the music just as you would expect for an independently-produced TV show, though on occasion there's a bit of tininess to the audio. like it was recorded in a big open room. But for the majority of the time, it's just strong music without distortion.

The Extras
With just three episodes to the DVD, I'm not sure if I should call the additional eight music videos extras or just more content. However, since these videos are taken from the shows included, I'll mark them as extras (just not very good extras.) Through these options, you can watch the songs on their own, which is an appealing option for kids looking to hear their favorite tune again and again and again.

Also included with this set is a bonus CD of seven songs by the band, though it doesn't include any of their big hits. For fans though it's a chance to hear some of their other tracks (all of which are in the included episodes.) 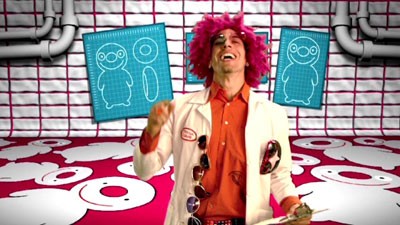 The Bottom Line
The Dirty Sock Funtime Band is easily one of the best kid-focused bands I've ever had the pleasure of hearing (and I've heard quite a vast number.) Part of it is the musical talent of the group and part of it is the way they avoid playing simplistic songs that will bore the adults in the room. This philosophy extends to the show on this DVD, which throws in minor touches aimed at older viewers, while putting the excellent music front and center. The DVD looks and sounds very nice, and offers some minor extras, making this an easy recommendation for parents looking for something new and fun for their little ones to enjoy.