It looks at times that Robert Plant appears older than his 63 years of age, but when one considers the miles he has traveled and the various different musical genres he has either immersed himself in, you get the impression that he wants to fill all of those years with as many experiences as he can. In this unauthorized documentary (titled Robert Plant's Blue Note), you see some of those experiences, along with those who helped shape Plant's musical sensibilities in his albums.

For those unfamiliar with Plant, the young teenager from central England found himself with a great set of lungs and honing his craft with the group Band of Joy, a group who mixed the psychedelic era with the blues influences of Howlin' Wolf and Robert Johnson, two (of many) blues artists that Plant found himself listening to religiously. Plant's vocals became well-reputed and soon he met up with session man and former Yardbirds guitarist Jimmy Page, and along with John Paul Jones and Plant's friend John Bonham, the quartet started out as the New Yardbirds before renaming themselves Led Zeppelin and staking out new territory in music history. The group became wildly famous through the late '60s and most of the '70s, until the tragic death of Bonham in 1980 dissolved the group. Over the last four decades, Plant has released his own catalog of solo albums, and has even recorded two albums with Page in the mid-1990s. Most recently, his collaboration with country artist Allison Krauss on the album "Raising Sand" was met to huge acclaim and rediscovering his vocal abilities for many. 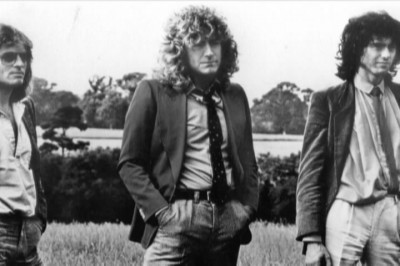 In Blue Note, the documentary shows us what Plant was listening to growing up, and includes still pictures of him, quite a few actually from his days pre-Zeppelin. We see performance footage of Wolf, Sonny Boy Williamson and other bluesmen, and for those where footage was not possible or could not be obtained (like Johnson), the songs were used whenever possible. The film also does well to illustrate the backdrop for Plant's tastes as well, and the London music scene's evolution is also shown, featuring clips from Cream's farewell concert among the other British blues-influenced artists out there. Due to the length of Plant's resume, more recent interview subjects are given time to discuss his solo work and country music indulgences. Throughout the feature, the majority of these subjects are music historians and/or journalists, though occasionally there is someone a little closer to Plant that is interviewed, such as one of the musicians who performed on Plant's "MTV Unplugged" special with Page. However, similar subjects in the documentary are few and far between.

The lack of access in an unauthorized video biography doesn't really bother me when watching Blue Note, but what does bother me is the length of the film more than anything else. At two hours and 37 minutes, there is far too much noise to the signal the documentary is trying to convey, and when it does convey it, there really isn't anything substantial that's discussed. Anyone who has ever read a book on Led Zeppelin will learn the same things about the band and its personnel that Blue Note imparts, and in some cases has more entertainment in it than this does. I don't mind the immersion to other artists and seek out new (or in this case, personally unknown) music when I have the opportunity, but the film seems to try to dazzle us with that rather than actually get more involved in Plant's life. Moreover, it's not breaking any new ground in the process, making this feel like a waste of time. 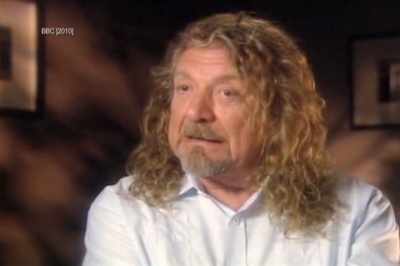 And for me, that's the biggest frustration with Robert Plant's Blue Note. As a fan of Led Zeppelin and a good portion of Plant's work since then, there wasn't anything here than I basically didn't already know. Did it feel like a nice stroll through his career? Sure, but I didn't need two and a half hours to do that where other more gifted storytellers could accomplish this in a shorter time. Plant's life both personally and musically has been fascinating, but in Blue Note there is not enough of the former and too much of the latter, and neither of which perked my interest.


Full-frame video. Really? In 2011? The feature juggles interview footage with its subjects, footage with Plant, and performance footage from Plant and others over six decades, including footage with Plant and Krauss that looks like it was played over a computer with a substandard internet connection. The image has some noise in it and is free of edge enhancement, and is replicated as naturally as possible. Seriously though, it's almost as if they wanted to push this out there as quickly as they could without regard to production value or interest in the source. Boo indeed.


Dolby two-channel stereo throughout the feature. I can't say this was surprising to me, since they weren't allowed to use any of the original music in the film, but everything sounds clear and is presented in the front channels of the soundstage. Rear speakers and the subwoofer remain dormant when viewing and channel panning is nonexistent as well. The documentary wasn't asked to do much, and it succeed in that when you listen to the material.


Aside from a "filmography" of sorts for the authors/interview subjects, a segment comparing the Zeppelin song "Gallows Pole" to Leadbelly's "Gallis Pole" is shown (5:52), and those are the only extras here.


Robert Plant's Blue Note does not provide any informative moments to fans of the singer or the bands he's been part of, and for new folks looking to learn more about the man, this is 95% focused on the music rather than how he grew with it. Definitely would recommend skipping this for any of the Led Zep books on the market these days.