Adventures of Sharkboy & Lavagirl, The 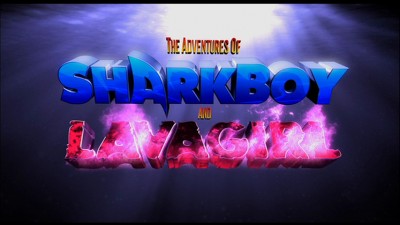 Robert Rodriguez is known for contributing a great deal to cinema with two general types of filmmaking: the family film and the more adult oriented action and horror motion-pictures.  I happen to be an oddity in that I have enjoyed every single effort of his to date (with some efforts ranking as better than others). The Adventures of Sharkboy and Lavagirl is one of his oddest and best creations. The story centers upon Max (Cayden Boyd). Max is an inventive and imaginative boy with a dream book that is filled with his own creations, drawings, and stories - including the characters Sharkboy (Taylor Lautner) and Lavagirl (Taylor Dooley). It turns out that Sharboy and Lavagirl are much more than mere imaginary characters though - they exist, as does a planet named "Drool" that is under the chaos of a dream-despising Mr. Electric. Max must work with his imaginary real friends with super-powers to save the planet and set things right. Featuring supporting roles by a great cast including George Lopez, David Arquette, and Kristin Davis this visually stunning and hilarious mind trip has bizarre creativity and vibrant adventure.

The Adventures of Sharkboy and Lavagirl was panned by most critics upon its initial theatrical release. The film was unfairly and unrelentingly negatively criticized. The biggest issue most viewers probably had with the film is that it absolutely feels as though it was created through the imagination of a ten year old child. However, if one were to truly pause and reflect on the aims and ambitions of this film there shouldn't be any doubt that the primary goal of the film was to recreate the feeling found in a youthful mind that has grasped an understanding of limitless potential in creativity and imagination. 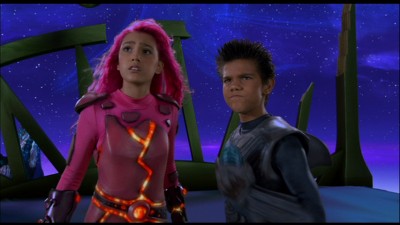 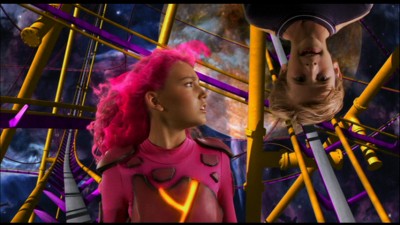 A tremendous level of unique creative energy is explored here - which shouldn't appear lacking to many younger audience members (even if jaded adults often overlook the strengths of a haphazardly created dream world named "Planet Drool"). The film is particularly meaningful in the canon of filmmaker and adventurer Rodriguez as it was created following conversations shared with him by his own son Racer.

The reason the film feels as though it came from a child's mind is not merely because of the eccentricity of director Rodriguez himself - the story literally came to him, in many regards, because of imagination found in his own family. Racer had many unique creative ideas that his dad Robert Rodriguez explored with greater depths. The Adventures of Sharkboy and Lavagirl almost seems to serve as a time-capsule of both Racer and Robert Rodriguez's youthful creative days.

The story has an appearance of being all over the map at times. It should have that sense of storytelling as that is exactly what most stories are like when created at such a young age. I remember my writing as a young boy well and will readily acknowledge to anyone that my early writing was haphazardly all over the place in much the same way a story like this one is, but that is because early writing concentrates on ideas more than execution. Rodriguez employs this stylistic approach gracefully while keeping the film as an entertaining spectacle with one sequence blending well into the next one even with the oddest ideas. The visuals are superb with great vibrancy in cinematography color choices, costuming, make-up, special effects, and virtually every element on display with this production. Rodriguez directs this film with clear enthusiasm: a school-yard brawl of sorts is filmed as if it were an A-Class action set-piece, and the comic moments are handled with great timing and delivery from the actors. Rounding out the complimentary components is a whimsical action-oriented music score by Rodriguez, John Debney, and Graeme Revell.

There is no greater idea or message to evoke to creatively inclined youth than the possibility that an imagination is actually a source of strength that should be explored and accepted. In a peculiar way, Robert Rodriguez's Adventures of Sharkboy and Lavagirl is an open letter of encouragement to any young person who dreams creative dreams. It is with that sense of wonderment that the film seems much grander is ambition and importance than any of its (minor) detractors would seem to indicate. Fans of Rodriguez are strongly encouraged to give it a chance as it may have the strength to surprise. 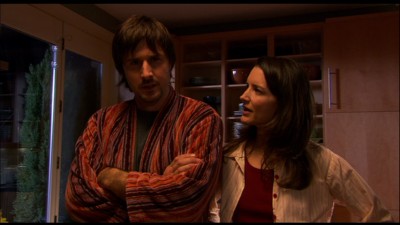 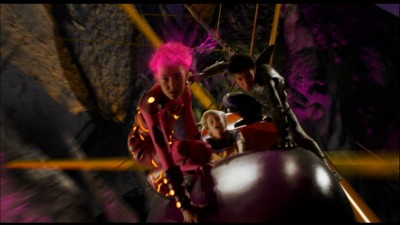 The Adventures of Sharkboy and Lavagirl arrives on Blu-ray with a stunning 1080p High Definition image that preserves the film's original theatrical aspect ratio of 1.85:1. The colors seem to almost leap off of the screen. The image is vibrant, bold, and authentic looking with clean digital photography that can in fact amaze the visual senses. The image is free from issues with contrast, DNR, or other annoying digital video alterations. This is a phenomenal disc in the picture quality department. Fans are encouraged to consider this as an easy upgrade.

Equally impressive to the video presentation is a 5.1 Surround Sound DTS-HD Master Audio inclusion that provides clarity for the dialogue and immersion for the dynamic sound effects. The Adventures of Sharkboy and Lavagirl has never sounded as good as it does on this release. There are many uses of the surrounds that are sure to please audio-fans and the music score sounds great to boot.

The images featured in this review are from the DVD edition and do not reflect the actual High Definition picture quality.

The main highlight of the extras is a feature length audio commentary with filmmaker Robert Rodriguez. He is one of the easiest persons to listen to (in my own opinion, anyway) and he provides great details on the history of the film as an idea, its development, and the process of turning those ideas into an actual feature film. Rodriguez also provides listeners with some personal reflections and the lessons he hoped the film could share with children. 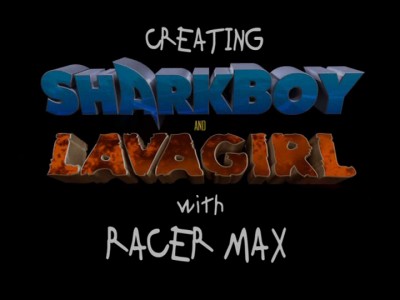 Creating Sharkboy and Lavagirl with Racer Max (7:54) is the lone featurette included on the release but it is a worthwhile one. It is essentially a short piece by Rodriguez about his son Racer Max being involved in the process of making the movie by providing several ideas, the concept of the characters, and more. The piece includes home movie footage of the pair talking about some of the ideas and the affection and love from Rodriguez is quite evident. It almost seems to be a testament to the love of a father that this piece reflects a goal by Rodriguez to bring his sons ideas to life through his own incredible creative process. 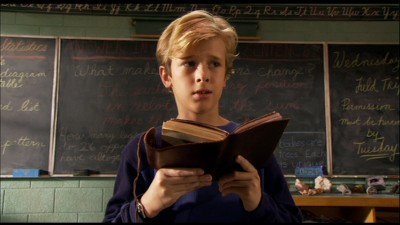 The Adventures of Sharkboy and Lavagirl is surprisingly one of the best efforts filmmaker Rodriguez has crafted to date. The film is absolutely a unique one in that there are few films out there that legitimately manage to explore the growth of creativity in youth successfully.  The Blu-ray PQ/AQ is incredible and a worthwhile commentary by Rodriguez helps to round out this nice release. Highly Recommended.