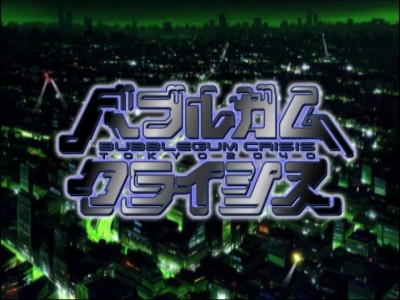 Bubblegum Crisis Tokyo 2040 is a futuristic sci-fi series that essentially aimed to reboot the original Bubblegum Crisis anime series from the 1980's and bring it up to speed for a 1990's audience. As someone who has never seen the original series it's impossible to know exactly how faithful this revamped premise is to the original intent. The good news is that the series seems created to appeal to an entirely new set of viewers. The bad news is that by the time this series concludes it leaves without giving a proper goodbye to the audience. The last run of episodes will leave viewers scratching their heads, incredibly confused, and disappointed. This is a major let-down of a show.

The story premise seemed pretty intriguing (although I can't say for certain why the series is ever given its Bubblegum-infused title). The basic idea behind Bubblegum Crisis Tokyo 2040 is that humanoid robots used throughout Tokyo are starting to turn from peaceful, helpful robots into monster-like creatures that turn into violent killing machines with an agenda to wreak havoc, and the only hope for Tokyo is a group of renegade fighters by name of Knight Sabers. Each member of the Knight Sabers group is an intelligent, cool, super-hip, and cute badass woman. They were all recruited into the group to help bring about an end to the growing humanoid problem. The names of these heroines are Priss, Sylvia, Linna, and Nene. The team answers to someone with a cloudy past connected to humanoids and their creation. How do all these elements connect for the Knight Sabers? 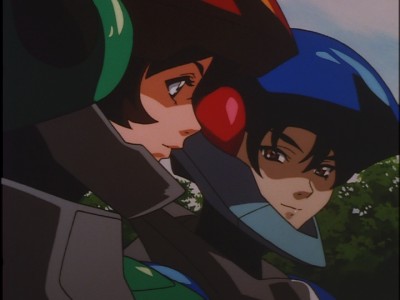 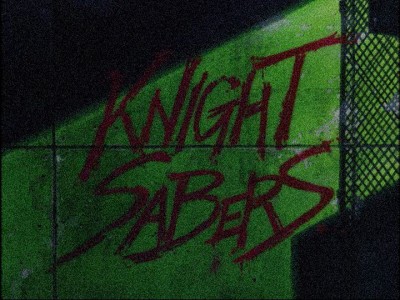 As the series progressed it became less and less interesting. It became such an incredibly convoluted mess. There are several enemy characters on the show with hinted at illusions to pasts that could be connected to some of the Knight Sabers. Little was developed here. Some of the characters do connect story-wise (more or less as anticipated) but are slowly developed to the point that the characters feel inconsequential to the story. If viewers of Bubblegum Crisis Tokyo 2040 can't even get to know the characters better or experience something that provides a greater understanding of the plot there doesn't seem to be as relevant a reason to even begin watching the series.

Thematically, there is a good message of recognizing the limits of technology and to not cross the line too far where robots are developed with A.I. that makes them humanistic. This is a tried and true element essential to many thought-provoking sci-fi tales. Sadly, there isn't enough here to keep the show creative enough. The series eventually seems unable to tell a solid story for an entire episode. The individual parts never mesh as an interesting whole and the individual segments don't mesh either. There comes a point where several episodes in a row center almost entirely on poorly-crafted battle scenes lacking in both story and character. It can be a struggle to even make it through these episodes. It seemed like the writers lost all interest in the show at some point. There's nothing to write home about when one of the last episodes in the series spends almost every moment with the lead characters surrounding a campfire of humanoid-surviving strangers while random stories are shared that are entirely irrelevant to the main plot. These weren't character-building stories either. It was a collection of nonsense.  Entire episodes go by where it feels like nothing at all has happened. The creative spark that existed when the show started began fizzling away.

Bubblegum Crisis Tokyo 2040 turned into an almost constant stream of filler episodes. Anime fans will appreciate the unique art style, memorable character designs, and an enjoyable techno soundtrack but feel let down by most of the other elements that are essential to the fabric of any show. It certainly doesn't help that for an action oriented series the action sequences are the least interesting moments. By the time the last of Bubblegum Crisis Tokyo 2040 was reached it was one of the more generic and by the numbers series of the action/sci-fi genre. 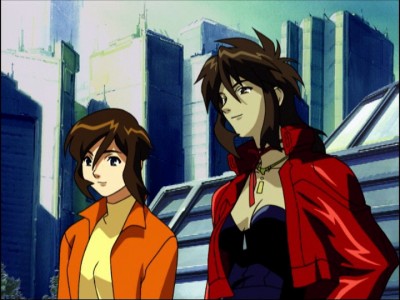 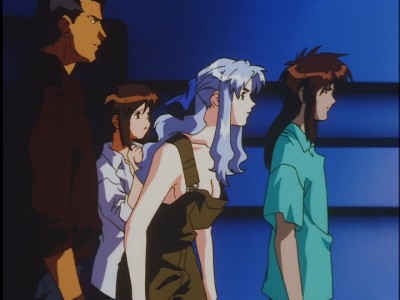 Bubblegum Crisis Tokyo 2040 is presented across four DVD's in the 4:3 full frame aspect ratio as originally broadcast. The animation on this show is unique and translates well on DVD. The picture quality is sharp, clean, and impressive. It looks extremely good for the age of the production. The series has a lot of dark colors and can sometimes look murky stylistically. The art style seems to be used to help represent the cyberpunk anime form.

The English 5.1 Dolby Digital audio sounds decent with enough surround usage to warrant hearing it with the English dub track. The music sounds especially great with enough bass and clarity to make any scene more exciting. The surrounds aren't used as often as some might want for sound effects though. The Japanese Stereo 2.0 mix is a minor downgrade compared to the surround option but is worth listening to for those preferring the original sound mix. English Subtitles are provided.

The only extras included on this release are text-less songs for the opening/ending credits and trailers for other Funimation releases. 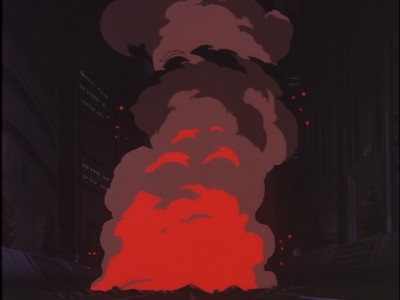 Yep, the series does kinda go up in flames...

Bubblegum Crisis Tokyo 2040 started off strong with cool style and fun characters. It's too bad that the entire show couldn't have stayed as entertaining and well made. The story is incoherent and uninteresting from the mid-point until the conclusion. Unless your one of those anime fans that enjoys rambling pseudo-intellectual series that can't connect the story dots in a satisfying manner by the time it's supposed to wrap up... this disappoints. Bubblegum Crisis Tokyo 2040's conclusion is several times more incoherent than that of Neon Genesis Evangelion. Consider that aspect before any potential viewing.  Skip It.