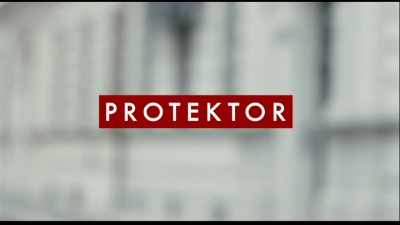 Protektor is a story set during the holocaust. This is a defining element of the film but it isn't something that gives you a thorough understanding of what it was about. It isn't a film that intends to fully explore the atrocities or repercussions of what happened in Germany during World War II. This is instead a story almost entirely about a failing marriage and the reason the relationship wasn't working. It's a personal-relationship drama with the backdrop being one of the worst times in the history of the world. Does the film work? Not entirely, but it is not without its merits.

Emil (Marek Daniel) is a Czech who works as journalist until he becomes recruited into being one of the Radio station broadcasters bringing Nazi propaganda into the homes of Germans. He does this not out of a loyalty to the Nazi party or Adolf Hitler but out of a desire to bring potential protection to his wife Hana (Jana Plodkova), who has a Jewish background.  While Emil's intentions are only to help protect his wife (and probably himself too) he doesn't see how the work he is doing is creating a huge gap in the ladder between the relationship that he has with his wife Hana. Things just aren't what they used to be.

Hana was a film actress who had recently become catapulted to fame with one of her films, and was on her way to an even bigger career. That was before she became unable to even act in productions... let alone visit a theater to view a film because of the fact she is Jewish. The environment around her was not supportive of her desire to remain artistic. This made even more relationship problems between her and her husband Emil because he wasn't an accepting person of her desire to continue to try and remain active outside of the home as he feared her capture and wanted to prevent her from being sent to a concentration camp. The only thing Emil wants for her to do is to stay at home and be grateful that she isn't an entirely alone Jew with no one to help her stay alive. Emil sees himself as protective while Hana sees him as controlling. This was a fascinating relationship issue that asked difficult questions about the challenges of marriage in a unique way by placing it within the back-drop of World War II. 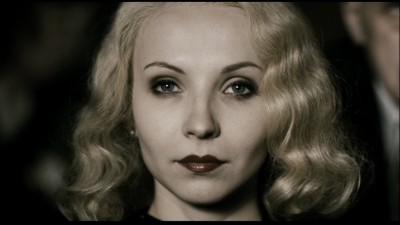 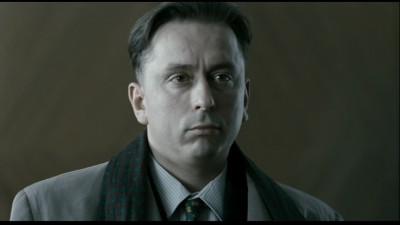 The worst thing about this film (and there are multiple areas in which the film seemed to be unsure of itself) is that there isn't a point in which I found the editing to be flawless. That is to say, I considered it something unevenly edited from start to finish. The film opens with a scene from towards the end of the story. It wasn't until the journey was almost over that I even had an idea of what was going on in the opening moments.

This seems to me a huge error in editing, as the only result is a confused viewer at the start of a film. It's a good way to make audiences want to tune out rather than wait anxiously to see where the story might be heading. It didn't work as intended. It didn't grab interest. It pushed interest away. The editing is poor throughout and it seemed to be confused about how to present this story. Many scenes are chaotic in the way in which they are edited, perhaps as if they are in a rush to reach some grand destination rather than to tell an interesting story that finally arrives at one.

The script wasn't without some issues. It did a fine job of developing interesting characters, but if it intended to make them likeable it didn't do an excellent job. Some might even think that is putting things lightly.  I was often in confusion over how the audience is supposed to react to some of the actions of these characters. The husband was too demanding while the wife was too risky in her actions given the circumstances. Then there's the fact that both of them cheat on each other and neither one of them seems to fully understand one another... It irked me that at one point during the film I even began to wonder why the pair became a couple to begin with. That doesn't help a film where the main point of it seems to be as a study of the character relationships. The performances were strong but sometimes it's the dialogue that needs some fine tuning before actors can create the best character possible.

One thing the film gets right is the style. It feels like an odd combination of 50's or 60's noir mixed with the character-based understanding of independent 90's drama. Then it throws in some post-modern appeal, and it seems even more bizarre. But it does work in its own and uniquely interesting way. Protektor practically oozes styles in every frame. This is mainly a result of director Marek Najbrt's visual approach to telling the story.

Protektor wasn't what I was expecting it to be. What exactly I was expecting, I'm not sure, but certainly not a film that seemed this structurally ambivalent and that focused more on personal relationship crises than on the war. It wasn't a total success in my view, but I'd still recommend seeing it. There are certainly some good things going for it if audiences manage to find themselves willing to take a chance on a oddball story set against such deeply unsettling times. 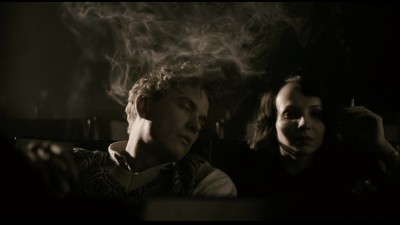 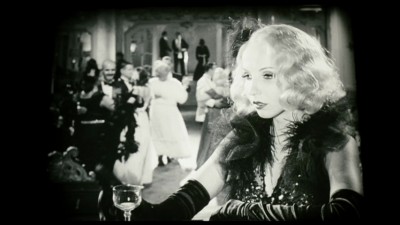 Film Movement has presented Protektor with a 16:9 Anamorphic Widescreen transfer that should manage to impressive viewers using widescreen HDTV displays. For a DVD release, this looks remarkable. The 1.85:1 scope is representative of the original theatrical release. The cinematography by Miloslav Holman captures the essence of many noir productions in stylistic approach. It always seemed as though the film looked exactly as it should. There was strong clarity throughout. Colors were muted but used well.

The 5.1 surround sound mix was actually a pretty good one. The recently reviewed release of Film Movement's Karen Cries on the Bus featured a low-key audio track and I must say: there wasn't much that I was expecting from Protektor as a result of the audio quality on that other release. It just goes to show you how each film has an entirely unique sound-stage, and that studios frequently represent only the sound as it was originally mixed. I didn't consider Protektor to have excellent aural qualities, but it had some good ones. It contained an excellent score by Midi Lidi. There were also many sound effects that were utilized well during various sequences. The bass was also decent... all things considered. Protektor is presented in Czech with English subtitles. The included subtitles were never distracting and seemed to be well made (with few if any spelling or grammatical errors). 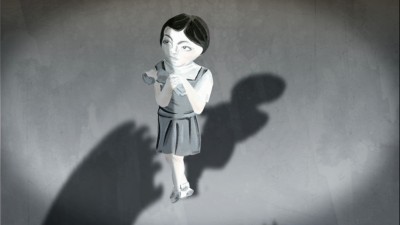 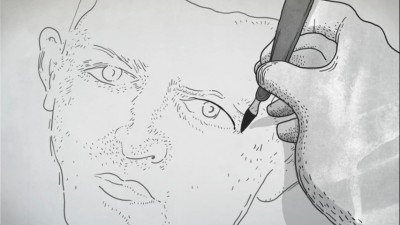 Film Movement continues to include a monthly short film. The selection on this release is: I Was a Child of Holocaust Survivors. It is an adaptation of a memoir by Bernice Eisenstein. It uses animation to convey the story and humor to try and offset the sadness. It's essentially about the hardships associated with growing up with people who lived through such terrible ordeals. It presents the view-point of someone who grew up with survivors, and it paints a surprising picture. The piece is well narrated and features artistic animation that makes a big impression. Director Ann Marie Fleming made one of the most unique short films that I've seen on any of the Film Movement releases.

This release also contains bios and trailers for other Film Movement releases. 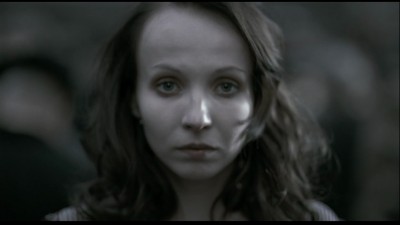 Protektor wasn't a total home-run. It couldn't quite make it to all of the bases either. OK, maybe it did, but it was barely able to. The film ultimately works (especially during what became an increasingly tense second-half) but it does suffer from weak editing and odd characterizations. The style is memorable and the acting was actually pretty good. It's a worthwhile film that might manage to find a larger audience. I'm doubtful that most will consider it to be anything more than merely good though, but hey... maybe it's just me.