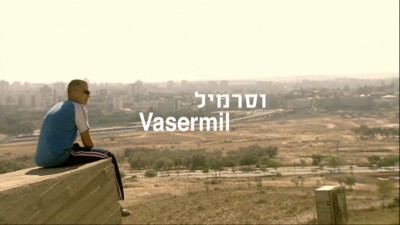 Vasermil is set in Israel, but unlike many films made about or within the country it doesn't focus intently upon Palestinian conflicts or directly related issues. Instead, the storytelling takes a very different course by focusing upon the lives of Jewish Israeli teens and their day to day lives. The film makes an immense effort to have its audience learn about these characters and the things in life that make them tick, tock, and work.

The central characters in Vasermil are Shlomi (Nadir Eldad), Adiel (Adiel Zamro), and Dima (David Taplitzky). Each of these teenage boys has comes from a vastly different background, and their unique family differences are highlighted and explored throughout many sequences. These are not fully functioning teens, and the realities that surround them seem to haunt their worlds. The roles they have in their families leads to conflict (especially between any of their father/son relationships) and the script aims to highlight these moments in a slice of life style, characteristic of documentaries, but clearly still set within a realm of stylized filmmaking. It seems to represent writer/director Mushon Salmona's apparent aim to craft a hybrid creation, akin to the work of filmmakers like Danny Boyle or Quentin Tarantino, combined with what should be described as a documentarian approach.

The characters are believable, portrayed be inexperienced actors who are more than capable, blending their youthful characteristics with that of the characters they portray. The acting is uniformly excellent and adds to the impressive filmmaking qualities on display in Vasermil. There can be an unexpected side-effect in experimental independent productions, especially regarding dramatic features: the possibility for even more impressive characterizations and performances is higher when compared to other productions because some of the directors recognize how to play to actor's strengths even better because of the process of working in complete unison with unknown beginning actors. Vasermil seems to be one such example. 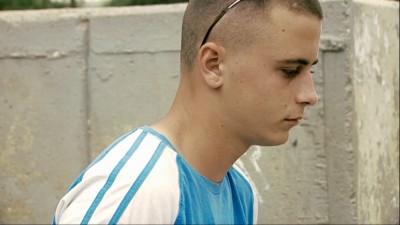 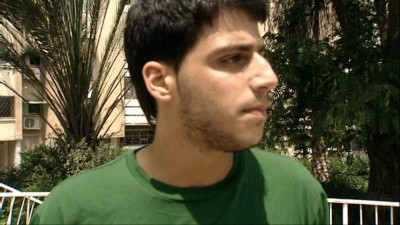 I appreciated the sub-plot about the characters joining a soccer team and working together to achieve group success. It was a plot-aspect introduced somewhat late in the story but it has a significant impact on story. The soccer coach, in particular, was a meaningful character who appreciated Shlomi, Adiel, and Dima. This was a central and unifying aspect of the story of Vasermil.

Many scenes in the film emphasis the coming-of-age aspect of the characters in a new way, unfamiliar because of the blend of stark realism with newfound dramatic storytelling. These moments are some of the best in the entire film, and a large reason why it works so well. It shines as a story when focusing on the characters growing up and simply experiencing their lives. The writing is brisk, intelligent, and appropriate given a simplistic but forthright style.

Vasermil has many positive production elements. The writing and direction are generally sophisticated and high in quality. The cinematography appears simple, but has relatively complex structure: the colors of the sky and the emphasis on the surroundings seem to encompass many elements of the story well.

Few characters in Vasermil find peace by the conclusion, and the ending is disappointing, because the viewer expects to see these characters reach a point of peace and newfound beginnings. Instead, Salmona pulls the plug too soon and abruptly concludes his film in dissatisfying ways. Some characters seem to wind up with unresolved stories while the characters who do seem to find a finish line are left without suggestions of hope. Quite disappointing. As I watched the credits roll all I could think was that I hoped for better, unscripted future for these characters, and an unseen ending with hope left intact; alive. Sometimes the audience deserves a happy ending and this seemed to be one such case. 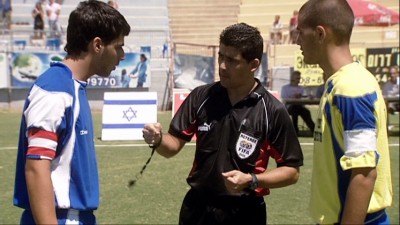 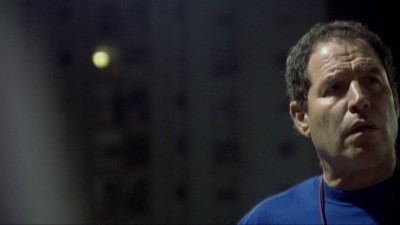 Vasermil has been presented by Film Movement in its original theatrical aspect ratio of 1.85:1. The film is a low-budget production. It seems to have been filmed using digital cameras instead of any higher-end production equipment. This isn't a negative, per se. Nothing about the film seems polished though, and it does have an impact on its style. Colors are somewhat dull and there is some inherent softness in the image.

The audio is presented in Dolby Digital 2.0 stereo. The film alternates between 3 languages: Hebrew, Amharic, and Russian. The audio quality isn't impressive or particularly memorable but it does a decent job of reproducing dialogue and that's a main aspect of the film's style: it is heavy on its interactions between characters while remaining largely without any audio sound effects and only occasional minimalistic and rock infused music. English subtitles are included. 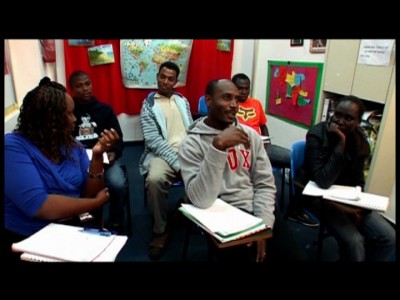 This short documentary focuses on African refugees receiving classes in a Hebrew school. The teacher discusses the country's need for fewer citizens and that the intent of helping refugees is only temporary and isn't intended as something permanent. The students in class discuss their hopeful futures, goals, and dreams. This documentary covers some interesting discussion points and moments and surprises with powerful introspection.

A Director Biography and trailers for other Film Movement releases are also included. 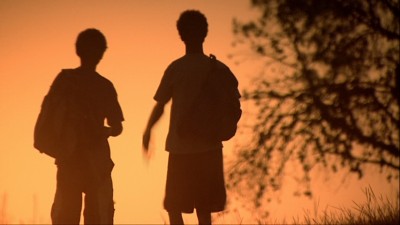 Mushon Salmona's filmmaking debut offers interesting characters in a setting that is usually ignored in Israeli cinema: a backdrop of Israel while the main focus is on Jewish Israeli teens dealing with their lives in every-moment.  The story and performances are worthwhile but the solemn and pessimistic ending is disappointing. Vasermil is still worth a look for its unique perspective.