"Is there life after death?" This question has boggled our imaginations for thousands of years. Possibly the only question as often asked is, "How were we created?" Astral City: A Spiritual Journey attempts to answer both questions. The movie is based on the late Brazilian medium, Chico Xavier's best-selling novel, Nosso Lar. Chico Xavier alleged that a spirit guide named Dr. Andre Luiz dictated his novel through psychic channelings. The movie Astral City illustrates the good doctor's journey through the afterlife. 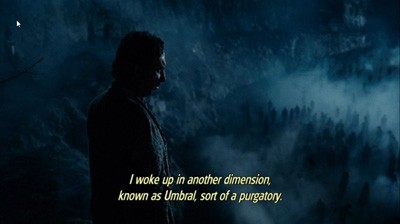 Andre Luiz (Renato Prieto) was a successful doctor who met a sudden death while in the prime of his life. He awakens to a hellish existence in a Purgatory-like place called Umbral. It's implied that Dr. Luiz claws out a lonely, tormented existence on this spiritual plane for years. Until, finally, Dr. Luiz begs for God's help from the depths of his soul. A band of spirits rescues him and takes him to Astral City--what many of us probably recognize as Heaven. Here, Dr. Luiz experiences a spiritual reawakening and seeks to collect enough merits to earn a visit to his living family.

Astral City is a standard spiritual journey where the central character wants to nothing more than to visit his left behind family. It makes no effort to swerve off this well beaten story path and is mostly a vehicle to present the main draw of the film: the late Brazilian medium, Chico Xavier's, vision of the afterlife. According to Xavier's revelations, life as we know it is not our true existence, but a growth experience--one that we will likely experience more than once. True life is what comes before and after our Earthly travels. Our time on Earth is an in-depth, self-unaware role-playing game, which we plan in detail well before our births. 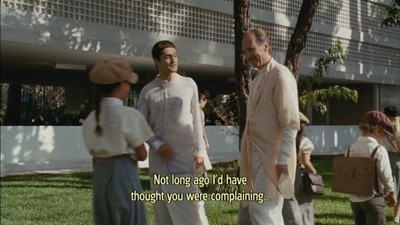 It's an optimistic and nondenominational view of the afterlife. The film makes no mention of the Hell's eternal damnation. Instead, non-believers in God can expect to endure a miserable existence in Umbral, a dark, boggy realm filled with lost souls who scrape by for years until they finally beg God for their salvation. Astral City purposely leaves this God untethered to any specific religion--multiple religious symbols such as the Jewish Star of David are sprinkled throughout the sets. Audiences are left to judge for themselves where, or if, their God fits into this multicultural vision of the afterlife.

The acting in Astral City is merely adequate. The actors are given little to work with as their characters all play second-fiddle to the settings. But they perform their roles admirably. The story does not adequately develop Dr. Luiz's character in the opening scenes that depict his suffering in Umbral. Any human suffering is visually disturbing to witness, however Dr. Luiz is an unlikeable, arrogant character through the first act and a portion of the second. I did not connect with Dr. Luiz's character until after he proves his merit in the Astral City hospital. If the storyline focused more on Dr. Luiz's spiritually empty and materialistic Earthly life, I may have had more empathy for his early suffering and rooted for his redemption. Until the halfway point of the film, I was much more interested in the movie's glimpses of heaven than any characters. 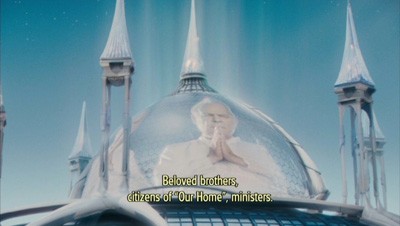 My initial impression of Xavier's Astral City was that its material is hardly groundbreaking and mimicked many similar interpretations of the afterlife that I read in other books. I was unaware that most of those books are, in fact, probably derivative of Xavier's novel, Nosso Lar, which was originally published in 1944. This movie is based on the book that may be the genesis of the entire New Age movement. Fascinating. 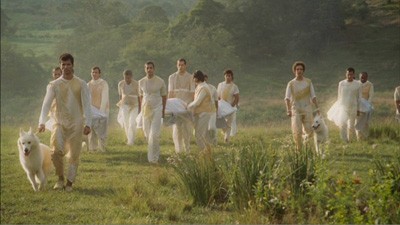 Astral City's depiction of life after death is worthwhile to anyone willing to entertain alternative explanations of heaven and God. As for the movie, the storyline is underdeveloped and utilitarian, but it's still highly watchable.

Video: The video is presented in 16:9 anamorphic widescreen. Although the visuals of heaven are stylized and eye-catching, compression artifacts are abundant and noticeable throughout the movie. And they do detract from the visual immersion. At the time of its production, Astral City was the highest budget film in Brazilian history. The detailed, handpainted quality of Astral City's backgrounds is stunning at times. The video quality of this transfer is unfortunate because it had potential to stand as one of the finest quality visual experiences available on DVD. Shame, really. 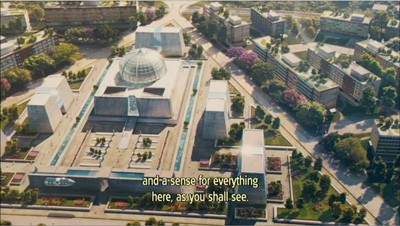 Audio: The audio is presented in 2.0 stereo. The only available track is the Portuguese track with English subtitles. Honestly, I was so focused on reading the subtitles and taking in the scenery that I didn't notice the audio all that much. That is to say, nothing stood out as remarkable in the audio department.

Extras: Astral City includes seven Making Of featurettes that cover the plot, production design, making Astral City's wall, a gag reel, and Umbral. This crew takes great pride in their results--it's fun just listening to them exude enthusiasm in their Portuguese. All of the featurettes are subtitled. I'm not sure what a "gayser" is, but perhaps the Strand Releasing subtitle department can fill us in. Also included are trailers for other Strand Releasing films.

Bottom Line: I'm an admitted skeptic of the paranormal, religion, and claims of the afterlife. But I'm also open-minded. Astral City presents an optimistic vision of life after death that frankly, I would hope is close to the mark. Chico Xavier's claims that he wrote his book through a spirit guide named Dr. Andre Luiz are dubious and wholly unprovable by any scientific measure. But this same argument can be made about any religious experience--they're all based solely on faith in their prophets' veracity. Ultimately, Astral City is a wonderful and picturesque interpretation of Chico Xavier's writings. It's an uplifting film for viewers who seek life's meaning or others who simply want a nice, change-of-pace, popcorn flick. Recommended.