The Pool Boys is the latest DTV (direct-to-video) comedy starring Matthew Lillard (Scream, SLC Punk, Scooby Doo), Efren Ramirez (Napoleon Dynamite, Crank), and Rachelle Lefevre (Twilight). It's the story of Harvard University hopeful Alex Sperling (Brett Davern) who graduates high school and is on his way to the big H. He gets a visit from Roger, his cousin (Lillard) who tells him that if he needs anything to give him a call.

Well, shit happens and Alex needs help. What Roger doesn't realize is that Alex is already in L.A. I guess I forgot to mention that Roger is full of shit. He's no baller or shot caller like he previously led his young cousin to believe. Since it's already too late to change his story, Roger takes him in and teaches him the tricks of the pool cleaning trade. Well, the trick is to clean pools in Beverly Hills, because that's where all the rich celebrities live.

One of Roger's friends is the lovely and fiery Laura (Lefever) who runs an escort side business. Well, that's she wrote before Roger gets the bright idea of turning one of the mansion's in which he serves as its pool boy into a brothel for whatever anyone desires. Pimping ain't easy, but it's necessary.

I'm lukewarm in terms of liking The Pool Boys as a whole. Lillard hits many instances of comedy gold, but it's really too bad that Brett Davern as Alex is just not convincing. Who is this guy and where did he come from? He reminds me of Jason London's character in Mallrats who was the worst thing in that film and played second fiddle to Jason Lee. Well, Davern plays second fiddle to Lillard. Even Efren Ramirez as the gardener is stale.

The only thing that kept me interested in The Pool Boys was the extreme amounts of gratuitous female nudity. Man, there were so many beautiful women running around it was ridiculous!

I was surprised to see that this film was originally completed and set for release way back in 2008, and only got released in 2011 straight to DVD and Blu-ray. I guess it wasn't epic enough and it really didn't have your traditional big names opening the film up. Looking at the cast one would say that these characters playing the leads would play supporting characters if bigger names were attached. I'm sure that's true, but you get what I'm saying.

The Pool Boys is not unwatchable by any means, but it also doesn't warrant a purchase. Rent it or stream it on Netflix or Amazon. Oh, and Rachel Lefevre is smoking hot, by the way. Have mercy. 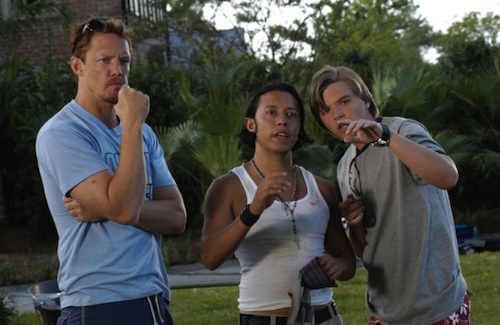 The Pool Boys is presented in 1080p, 1.85:1. The Pool Boys isn't that old of a film, but you wouldn't be able to notice it. The print looks dull during scenes that should be sparkling with that bold Southern California glow. Granted, the beautiful women throughout the film shine, the rest of the color palette is pretty unremarkable. Edge enhancement is abundant, along with haloing, but black levels are surprisingly deep. There are many party scenes that take place at night that look really good. Too bad the rest of the film remains inconsistent. 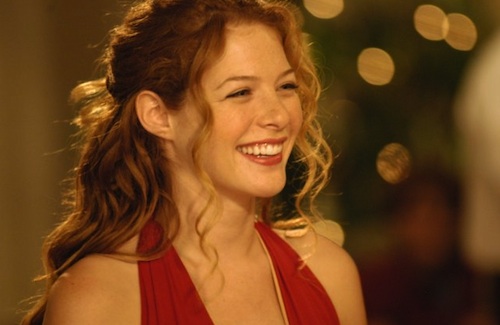 The Pool Boys is presented in DTS-HD MA 5.1. Okay, here's a lossless track that sinks its teeth into the material at hand. Music is very dynamic in all its pop-punk ways, dialogue sounds natural, with minimal hints of ADR tinkering. Since this is a comedy, most of it is centered, so surround sound effects are limited to close quartered scenes of debauchery in other rooms throughout the mansion. It's strange that the video presentation should have been as good as the video. 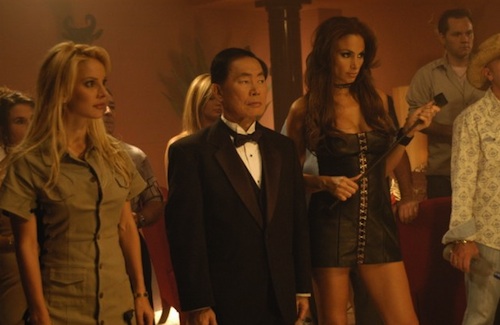 The Pool Boys contains a fluff making-of piece where everyone kisses everyone's ass as to how great the film is and what attracted people to script side from the paychecks. The one and only redeeming factor this Blu-ray supplements package has to offer is the virtual lap dance by the The Pool Boys Escort Service. We get to see three gorgeous ladies of the pole 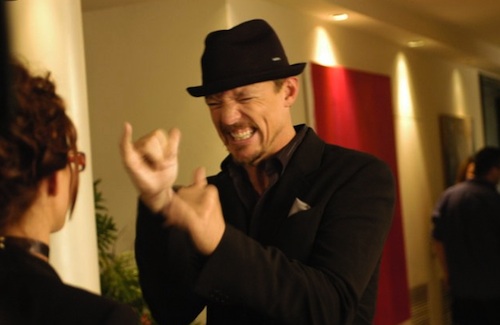 The Pool Boys could have been much better if it had more meat and potatoes with regards to the comedy aspect. The lead kid is just a horrible actor, which made for Lillard doing much more than he was required to. Some of the cameos were pretty hysterical especially George Takei. Listen to his words of encouragement before bedtime. You'll split your pants.