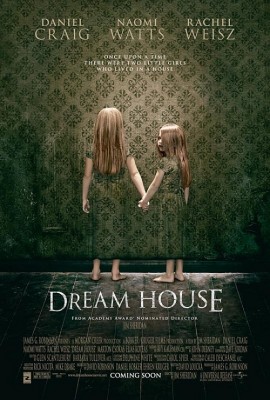 Dream House is being marketed as the latest in "A" class thrillers with a high-profile director and actors. Will Atenton (Daniel Craig), is a family-man who lives with his wife Libby (Rachel Weisz), and their two young daughters in a new home that they seem to cherish until some haunting unexpected news turns up: the previous family that had lived in the home was murdered by the father. Will Atenton beings to investigate the past of the house and wants to uncover the truth. This leads to some startling revelations for Will: a psychiatric doctor informs him that he is the father who lived in the house previously and that he is the one responsible for the death of his family. Could this be the case or are there some twists and turns to understanding what really happened? A neighbor, Ann Patterson (Naomi Watts), could perhaps be the key to discovering what really happened one disturbing and horrific night.

The performances are genuinely strong from each of the three lead actors. Daniel Craig is surprisingly in a more dramatic state throughout this feature and manages to keep the character an interesting one for audiences. Rachel Weisz contributes multiple layers of genuine emotions and has some great chemistry on screen with Daniel Craig (perhaps unsurprisingly considering the news that the pair makes a couple in real life). Weisz manages to make many scenes much more poignant than they might have ever been if another performer had received the role and she brings a unique charm that is well appreciated within the film. Naomi Watts is surprisingly underused, and while she does a good job in her part as per usual (she is unquestionably one of my favorite actresses) the role simply didn't have as much to offer, which most certainly does disappoint. 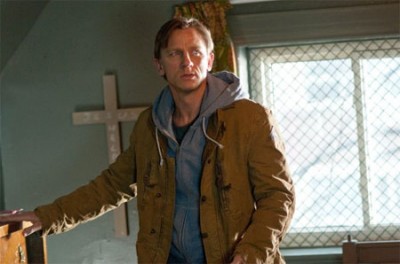 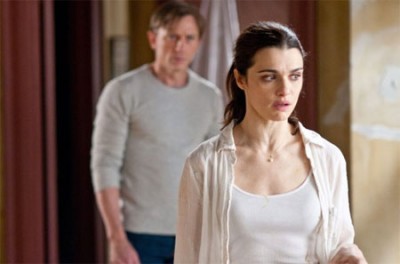 Jim Sheridan offers direction that is generally notable and decent-enough in quality. The film never does seem to aim for the level of quality that one might hope for with such a great A-list cast, and the ending does seem ridiculously uneven in almost every way: script, direction, effects, and editing are all notably weak throughout the last thirty minutes or so. Yet the bulk of the film is inherently watchable and won't bore audiences. It's just that the film seems to collapse at some point. It could be the result of the studio interference rumored (supposedly Sheridan and his lead actors have been unwilling to promote the film because the studio made changes which dramatically altered the original vision). The pacing is actually good throughout the first half of the film and the visual qualities are uniquely interesting and creative. The fact that the conclusion differs in quality so much truly does make one wonder what the film might have been had the studio let these creative individuals do their best in working to make Dream House.

David Loucka has either written a generally strong script with a terrible last act or the studio made some rewrites so baffling that most any writer would feel embarrassed. There are a number of moments that suggest a few possible outcomes that audiences may have actually been responsive to. Yet the story is capable of going in completely different directions that make little to no sense at all in the plot and are confusing. The final act is entirely baffling; it simply doesn't make sense, and it feels as though an entire segment of the film is missing or the ending was completely rewritten from what was initially intended. 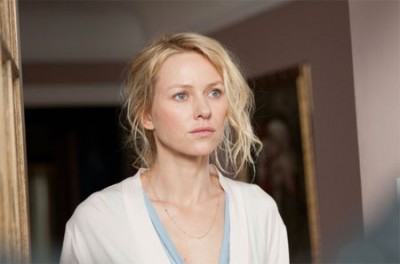 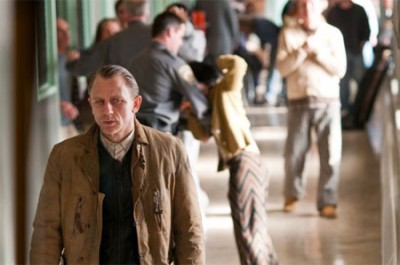 One detractor that affected the film dramatically was a weak score by John Debney, who has crafted some great scores over the years, but unfortunately this wasn't one of them. The musical cues often lean on the typical "Scare-factor" moments where audiences are expected to jump because of some changes in the background music while nothing happens on screen to make the moment warranted.

This wasn't a terrible effort. The direction has moments of near-greatness spread throughout the first half of the feature and the acting was uniformly strong across the board. The cinematography by Caleb Deschanel was excellent, and the production design is worthwhile. Dream House manages to feel like a big-budget production with many impressive elements (it should with a reported 55 million budget). It just doesn't add up to a decent film with a script that feels unfocused and a conclusion that derails the fine work that was attempted. This is still worth checking out though, for those interested, even if the story is pretty much guaranteed to disappoint audiences in the end.   Rent It.