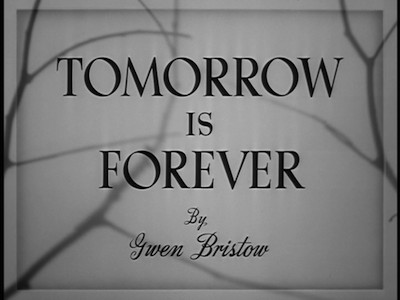 "Elizabeth, I think you're being positively morbid."

She's right, Elizabeth. You're morbid and self-involved, and worst of all, you're being a downright snooze. And it's not just me and your mother-in-law that think so. I don't believe your new husband appreciates it either.

The Elizabeth in question is Claudette Colbert, playing a widow in Tomorrow is Forever, a 1946 women's picture directed by Irving Pichel (The Most Dangerous Game, Destination Moon). She's being morbid because she lost her first husband, John (Orson Welles), in World War I. The news of his disappearance came just after the war was ending, when the pregnant woman expected her spouse to be coming home. Elizabeth eventually married her boss (George Brent), who helped her raise her son as his own. Jump ahead many years, and the boy has grown up. He goes by Drew, even though he is really named after his biological father--only he doesn't know that the man he lives with is not his true pappy. (Drew is played by The Big Valley's Richard Long, in his very first role.)

Little does anyone know, but John didn't actually die in Europe, but instead suffered such extensive injuries, he couldn't return. He ended up in an Austrian hospital with most of his face destroyed and his body ruined. Though a kindly doctor helped him convalesce and rebuilt John's face, the American soldier assimilated into Austrian life completely. He only returns to the U.S. just as the Nazis invade Poland. He had to leave after his benefactor was killed, and he brings the doctor's young daughter Margaret (Natalie Wood) with him. John is now Erik Kessler, an important engineer or scientist of some kind. It doesn't really matter what he does, just who he does it for: Kessler has been hired by Elizabeth's husband!

Tomorrow is Forever is a soap opera inflated with wartime seriousness. As John/Erik becomes a part of his wife's new life, the question of whether Drew will go off to war becomes a central concern. Erik knows who Elizabeth is, even if Elizabeth doesn't know who he is, and Erik also puts two and two together and figures out that Drew is really his child. He'd like to see the young man do his duty even though he understands why Elizabeth is scared to lose another man in her life to war. They have many conversations full of untapped meaning, nearly touching on the truth, only for Erik to nod knowingly and keep every card close to his vest. He didn't come all this way to rekindle romance, he just wants to hang around.

It's all too bad, because a little romance could really spice up this flavorless enterprise. Tomorrow is Forever is based on a story originally published in Ladies' Home Journal, and it seems to exist only to reassure widows and grieving mothers that their sacrifice in WWII was meaningful. It's almost like propaganda after the fact. Frankly, I doubt the women the filmmakers were trying to reach really wanted to be taught a lesson in sacrifice, I'm sure they had enough of that. After half a decade without their men, they probably would have preferred a little passion. Come on, Claudette Colbert, get Orson Welles out of that old man make-up and start the kissin'! Get over feeling sorry for yourself and feel something else!

Instead, we get lots of coincidences and homilies about fathers and their legacies, and even some preaching about what it means to commit to the cause. Colbert does her best to muddle through it. I don't know what she is really looking at when she stares off into the middle distance pretending to be sorrowful, but my guess is she is imagining a better script. On paper, Tomorrow is Forever probably looked like a good vehicle for her star power, but the cosmos dimmed by the time it got to screen. It's also not difficult to see why Welles signed on. He probably loved the prospect of wearing heavy make-up and overacting in a heavy accent. Sure, he may have approached Kessler as a quiet, understated man of deep thought, but that's its own kind of overacting, too.

It can be frustrating how often I find myself wanting to write, "It's not a completely terrible movie, but..." because, well, I find myself here a lot. Tomorrow is Forever is amongst the majority in cinema history in that it's a film that isn't completely without redeeming value, but it's hardly any good. Let's face it, most films are just mediocre space fillers in between works of genius and terrible flops. Tomorrow is Forever isn't hateful, and though its stars don't seem all that excited to be at the party, they are never unwatchable. Yes, I'm damning with faint praise, but I'll be damned if the movie didn't provide the equivalent of faint entertainment. 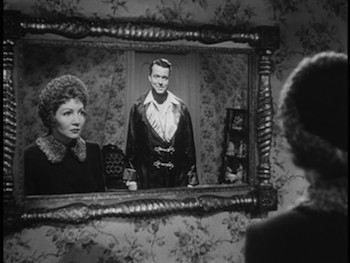 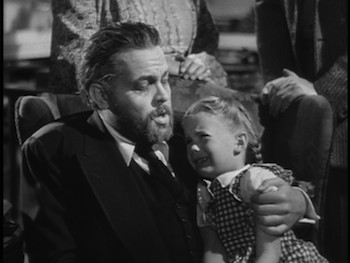 Video:
The manufacture-on-demand release of Tomorrow is Forever puts the black-and-white film to disc as a full frame image. The picture has decent resolution and the print is mostly clear, though you will see regular instances of spotting and scratches. Blacks aren't terribly heavy, but they aren't noticeably weak, either. The contrast is average.

Sound:
The mono mix of the original soundtrack is glitchy, with intermittent hiss, pops, and even jumps. All the dialogue is present and audible, but the overall quality is a tad poor.

Extras:
None, not even a trailer.

FINAL THOUGHTS:
Rent It. Tomorrow is Forever was probably begun with the best of intentions, but whatever those were, they were eventually squandered. This post-War production, directed by Irving Pichel in 1946, functions as an after-the-fact justification for the extraordinary sacrifice that was asked of wives and mothers who lost loved ones to combat. The message is dressed up as a romantic melodrama, with Claudette Colbert starring as a woman who believes she lost her first husband to World War I and is about to send their son off to WWII. Orson Welles stands beside her, covered in old man make-up, playing the husband who went to war and came back as an Austrian. I ain't making this up, folks, but someone else sure did! It's an okay picture, though bloodless. Never has doing the right thing been less exciting. 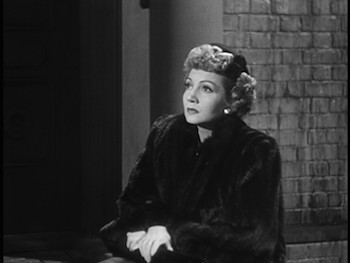 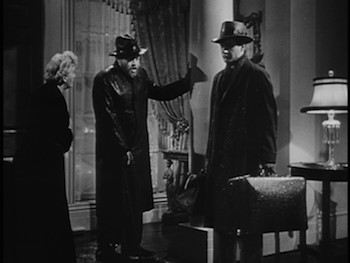