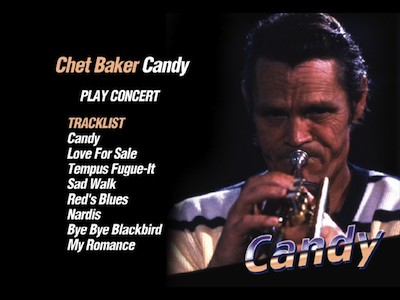 Candy is the document of a special 1985 performance by legendary jazz trumpeter Chet Baker, recorded in Sweden at the Sonet Record library. Though released on CD, it has never before been available on DVD.

The 55-minute performance features Baker accompanied by pianist Michel Graillier and bassist Jean-Louis Rassinfosse. It features eight songs, which are briefly interrupted by interview segments with bass player Red Mitchell, who also guests on a run through the song "My Romance" and has his own tune "Red's Blues" performed by Chet and the boys. It's a great concert, staged away from the normal clubs and the usual crowd, just three guys in a room doing their thing. Baker is in a relatively subdued mood, working the beautiful melodies of songs by Cole Porter ("Love for Sale"), Bud Powell ("Tempus Fugue-It"), and Miles Davis ("Nardis"). Each song has a title card informing you of the title and the songwriting credits, showing a respect for the original artists and the songcraft that inspired Baker to blow.

There's not much more to it than that. If you dig jazz in general or Chet Baker in particular--I can't envision liking one but not the other, no matter how you slice it--this release is a reasonably priced presentation of some fine material. What it lacks in fancy filmmaking or other bells and whistles, it more than makes up for in simplicity and clarity of intent. 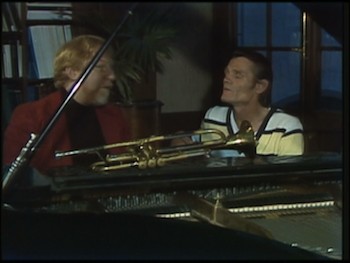 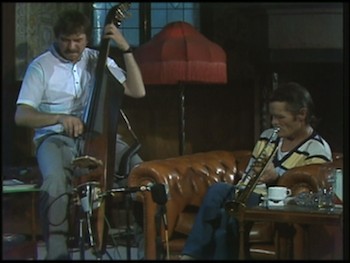 Video:
Candy shows its age on DVD. Shot on video for the full-frame television format, it is not as crisp as we might expect from a more recent television performance. Resolution is slightly fuzzy with plenty of interlacing effects, but the overall picture is intact and free of dirt, scratches, or other video-type glitches. It looks pretty good for what it is, I don't really have any complaints.

Sound:
The stereo mix of the soundtrack is actually pretty good. The interview sequences sound a little echoey, but I think that's the recording space, not the disc. The music is excellent, with clear tones and no distortion.

Extras:
There are no extras on disc, but it does come with a nice booklet with liner notes about Chet Baker and some explanation about this particular performance.

FINAL THOUGHTS:
Recommended. If you like Chet Baker, then you will like Candy. This vintage performance of the trumpet master shows the man in fine form, playing familiar tunes with a trio and talking about music. Whether you want to sit and watch it or just put it on in the background and listen, doesn't matter, you can spin it again and again.