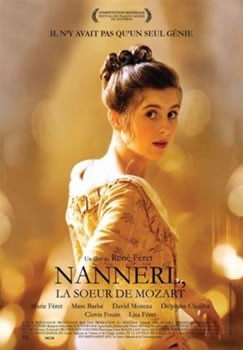 Mozart's Sister (otherwise known as Nannerl, la soeur de Mozart) is a combination bio-pic with historical fiction. The hard part is to know where to draw the line... or where the line even exists in the first place. The story focuses on Nannerl, a teenage girl, who wants to compose music but is overshadowed because of the compositions composed by her very young brother Mozart (David Moreau). Mozart's Sister presents the story of this largely ignored or entirely overlooked person with her own relevance in the history of classical music.

Nannerl (Marie Féret) is ambitious about her own compositions and she wants for the world to hear the sounds she has often heard in her own mind and heart. The problem is largely that the time she was born into was largely sexist. It was unheard of in the 1760's for a woman to be a music composer. Léopold Mozart (Marc Barbé) was a stern father who insisted on attempting to bring large-scale success to his son Mozart but he seemed incapable of acknowledging to Nannerl directly that he considered her talented. The relationships in the family were presented as strained to some degree in this film.

The time and place largely prevented Nannerl from being able to reach the kind of success she might have found if she had been born into a different time period. It's unlikely that a successful younger brother who was being touted as a musical genius at age 10 helped to increase awareness of her unique talents and styles either: No one gave her music all the attention it deserved. On the rare occasion she was able to perform her music she was in men's garments in order to appear as a male composer (without others being aware that she had written the compositions). 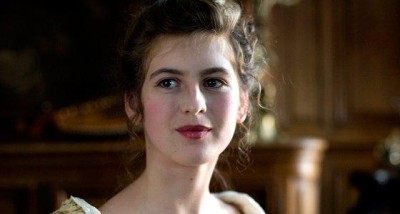 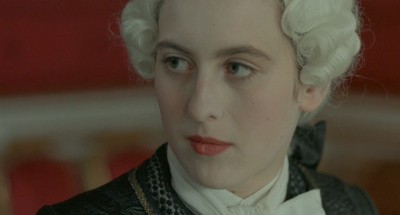 The story emphasizes how difficult it must have been to feel destined to compose music while having such barriers placed against you. One of the interesting elements found in Mozart's Sister is how filmmaker René Féret suggests that Mozart was too young to be interested in compositions as much as his father would have liked for him to be. Some sequences suggest a young Mozart merely working under the influence of his father to contribute to the family. He learned about music in order to write the kind of music he thought his own father would want him too. These moments might be stretching those historical details just a bit but it causes some interesting thoughts worthy of discussion.

The film has deliberately slow pacing that doesn't ever feel determined to reach a certain destination in the course of the story (until you reach the appropriately timed conclusion), but it does take the correct amount of time that is necessary in order to introduce the central characters and to make the viewer feel a connection to the story of Nannerl.

Mozart's Sister has many positive filmmaking elements. By design this was a wonderful and balanced film with many great artistic contributions from a variety of talent. René Féret did a superb job in writing the fine-tuned screenplay and in directing. The casting was superb, and Marie Féret was well chosen as the lead actress.  Féret tapped into her character with such unique clarity that one definitely forms an idea of the character (regardless of how it meshed with debates on historical accuracy). Then there is the beautiful, impeccable, and radiant cinematography by Benjamin Echazarreta.

When one considers all of the elements necessary to forming a cinematic delight Mozart's Sister actually manages to display all of these rare elements. The pacing might make it feel laborious to some less patient viewers but for those willing to explore the realm of historical drama with a music element this offered some fascinating perspectives and it's a triumph of the craft of filmmaking. 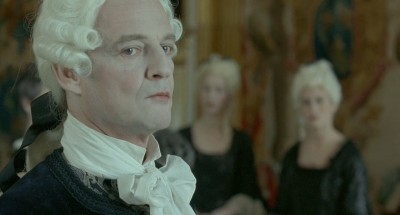 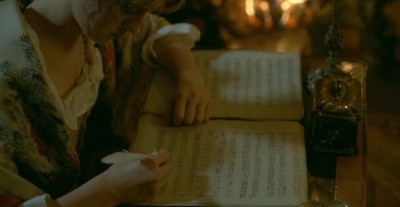 Mozart's Sister is presented by Music Box Films with a ravishing 1080p presentation that is framed 1.85:1. The colors are rich without any oversaturation and the cinematography has received a notable transfer onto the format by looking absolutely splendid in High Definition. For a historical costume drama this release maintains a strong bitrate with both clarity and detail remaining impressive.

The DTS-HD Master Audio 5.1 Surround Sound audio presentation doesn't satisfy the same way the visual presentation does (by leaps and bounds). The best aspect of the release is the inclusion of the original French audio with English subtitles. There are no dub options (such listening options are becoming rare on foreign films). It doesn't manage to be that engaging an experience with the surround activity and the only way in which the sound-fiend seems to ever expand is when music is featured. It is a reasonable if front-heavy presentation. Dialogue reproduction is good and easy to understand. The audio clarity remains impressive with this lossless high definition presentation.

There is only one extra on this release but it is an impressive one: The soundtrack for the film is included on a separate CD and it features original compositions and arrangements by Marie-Jeanne Serero. The music is altogether beautiful, haunting, and extremely elegant. It is a worthwhile listening experience and getting the soundtrack bundled with the film was a nice surprise.

Trailers for other Music Box Films releases are also included. 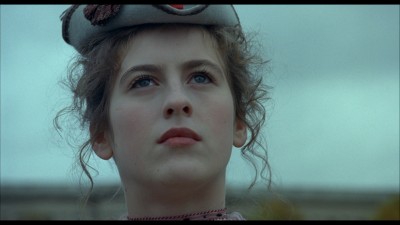 Mozart's Sister (Nannerl, la soeur de Mozart) is a well-made historical biography with some stellar performances and excellent production values. Some elements may raise eyebrows for history buffs regarding the accuracy of some details, but the performances and quality storytelling make it an engaging experience that will raise a few worthwhile questions for viewers looking to consider the time-period of classical music and the relevance of a long overlooked figure in composition history, Nannerl. Marie Féret delivers a genuinely great performance in the central role.