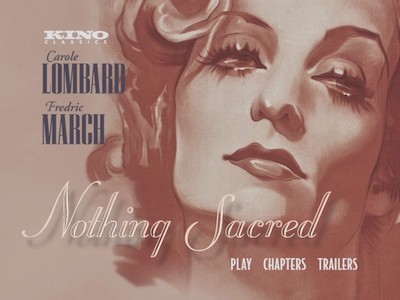 The 1937 screwball comedy Nothing Sacred is a slight, but amiable, romance. Directed by William Wellman and produced by David O. Selznick, the team behind the mega-smash A Star is Born, it is a clever-enough starring vehicle for Carole Lombard (in her only Technicolor film) and Frederic March, but isn't even close to the most memorable film from either performer.

March stars as Wally Cook, a newspaper reporter in New York who was recently disgraced when he reported on a fake sultan who turned out to be a shoeshine man from Harlem. Eager to get his name back and get off the obituary desk, Wally goes to Vermont to track down Hazel Flagg (Lombard), a woman he believes to be suffering from radium poisoning. It will be a soft human-interest story.

Only, Wally has stumbled into another scandal. Hazel was misdiagnosed by her country physician, the amusingly named Dr. Enoch Downer (Charles Winninger). Rather than own up to her healthy status, Hazel keeps up the pretense with Wally so she can get a free trip to New York. There, she becomes the toast of the town, celebrated for her courage in the face of her own mortality at lowbrow wrestling matches and high-society nightclubs alike. She also becomes the apple of Wally's eye, and his guilt over exploiting her feeds her guilt of exploiting him as the pair fall in love.

There are some good bits to Nothing Sacred. The script by Ben Hecht (Scarface, The Front Page) has some killer zingers, and Hecht particularly does well with the small town characters who treat Wally like he's a con man but end up hustling the poor city slicker instead. March is unflappable as the eager reporter, and his transformation from opportunist to sap is endearing and convincing. Lombard's performance is a little sketchy by comparison. She gets by mainly on her charm, there isn't much variance to her delivery from scene to scene.

Wellman's direction is competent, if clunky at times. He impresses with more complicated scenes, like showing the Big Apple skyline and Statue of Liberty from the windows of a small plane, or the absurd nightclub stage show complete with women on horseback and spinning globe. His comedic timing is decent, and he shows a particular knack for gags that combine physical business with snappy patter. The problem is the film never builds up any steam. Even at a brisk 73 minutes, Nothing Sacred doesn't seem to be in any hurry to get where it's going. Likewise, March and Lombard fail to generate any palpable heat. Outside a suggestively staged love scene on the waterfront, there's barely a hint of sex, much less any genuine love.

Nothing Sacred only loosely hangs together, as if it were shot off of an outline rather than a complete script, and while the story never really drags, it doesn't really dig in all that deep, either. 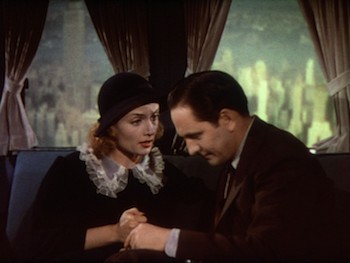 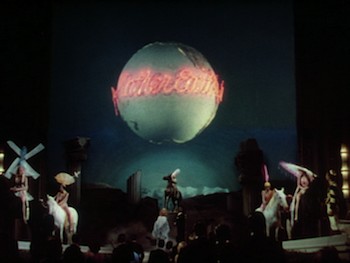 Video:
Nothing Sacred is shown at full frame with a 1.33:1 aspect ratio. The transfer is nicely cleaned up, preserving the chalky look of early Technicolor and even some of the grain of the original film stock. There is still some existing damage--namely, scratches on the frame and a few jumpy cuts--but overall, it's a nicely preserved older film.

Sound:
The original audio is mixed in 2.0 mono and has good volume and clarity, with music ringing through and dialogue sounding sharp. There is an occasional hiss in the background, but nothing too distracting.

Extras:
Trailers for Nothing Sacred, A Star is Born, and Pandora and the Flying Dutchman.

FINAL THOUGHTS:
Rent It. Nothing Sacred is a mildly enjoyable piece of fluff with a fine performance by Frederic March but a bit of a mismatch in terms of his romantic leading lady. Carole Lombard cakewalks through the rather slight script, and the movie lacks any genuine heat or, for that matter, any real meat. It's narratively anemic with two many pauses between tasty jokes. Luckily, those jokes were written by Ben Hecht, and his sense of play is the film's best asset. Nothing Sacred is a pleasant effort, but instantly forgettable. 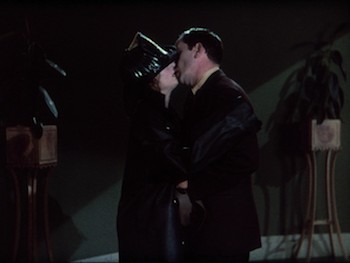 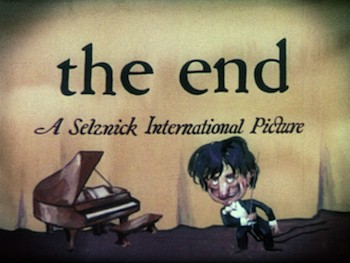