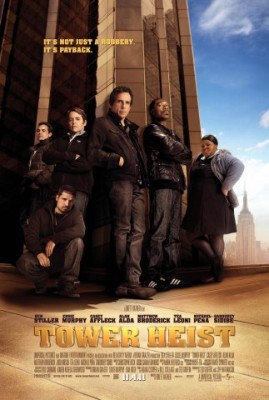 Tower Heist is more straight-forward as a story than one might initially imagine... or perhaps it is exactly the type of film anyone could seriously expect to experience. Either way: there's not a whole lot to explain regarding the main set-up. Arthur Shaw (Alan Alda) has enormous amounts of money that shouldn't belong to him as a rich con-man who used a Ponzi scheme to become rich at the cost of destroying financial stability for countless victims; including an energetic Josh (Ben Stiller), nervously unstable Mr. Fitzhugh (Matthew Broderick), and loose tongued Charlie (Casey Affleck). Josh decides to enlist the help of small-time criminal Slide (Eddie Murphy) in creating a plan to take-back whatever hidden money Arthur Shaw might have stored away in order to return it to those who lost it all to the massive Ponzi scheme. The guesstimated amount left to take back by the band of silly, confused, and Robin Hood inspired rebels? The amount seemed to potentially place somewhere around twenty million.

Tower Heist is a decent motion picture. It isn't extraordinary, it isn't entirely mediocre, and it isn't a complete waste of one's time. It's just a sad realization to state that the best thing about the film is that is serves as a moderately passable way to spend a few hours. Director Brett Ratner isn't a golden boy of Hollywood but he is a decent for-hire workman with some technical understanding of the machinations behind solid filmmaking and with his latest film Ratner demonstrates understanding about working with a large ensemble cast better than a look at his filmography might suggest as possible. The first two Rush Hour films were pretty entertaining action-comedies but an ensemble approach wasn't really a massive element of those films successes (it was entirely because of the lead duo). The marketing department for Tower Heist has suggested a similar approach for this particular effort with front-billing for Ben Stiller and Eddie Murphy. The downside to that marketing is that only one of those actors remains a lead character in the actual film. Ben Stiller is unmistakably the lead actor while Eddie Murphy remains relegated to a side-character status that seems a far cry from what audiences were probably hoping for based upon viewing any of the countless trailers.

The screenplay by Ted Griffin (Ocean's Eleven) and Jeff Nathanson (Rush Hour 2 & 3) is an underdeveloped attempt at blending the comedic action sensibilities found in the Rush Hour series with the significantly classier high-profile smarts and charm of Soderbergh's Oceans series. The end result seems to be a script with many attempts at humor, though the film frequently seems far less humorous than it ever intends to be in any given moment. Tower Heist is most effective as a large-budget action film but it could have benefited from some more fine-tuning to the script.

Tower Heist has mostly strong performances from its large cast. Eddie Murphy is a highlight of virtually every scene he is in. Ben Stiller can seem brilliant as an actor at times or as an actor who simply tries to perform admirably for whatever his role is and this performance almost seems to be a blend of the two expectations. Virtually every actor included within the cast has special moments to shine (Gabourey Sidibe seems particularly successful in pulling off a role that is completely different from the amazing debut performance she is well-known for giving in the remarkable film Precious).

When the credits began rolling the main thought I had about the film was that it simply felt like a collection of good ideas, good performances, and solid craftsmanship that was not as effective as a whole due a general lack of fine-tuning. Of all the big-budget motion pictures I've seen in 2011 this is one of the few that seemed as though it could have been genuinely better if more time had been spent on it. The story is simple but efficient. If only the same could be said about the entire experience of viewing Tower Heist, the film might not be such a strangely non-mediocre and non-stellar conundrum of underutilized potential.  Sadly, it is still just a passable way to spend a few hours if one has no better idea of how to spend such time. 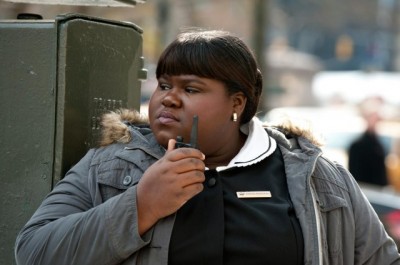