Other // Unrated // October 25, 2011
List Price: $9.95 [Buy now and save at Amazon]
Review by Kurt Dahlke | posted November 10, 2011 | E-mail the Author
Lust For Vengeance:
Yeah, I've got a lust for vengeance, call me Charlie Bronson, because my mind has been raped by Lust For Vengeance and I need revenge. Of course I'm a nice old guy now, so I won't be too mean - and one of the new ways I do that is to never mention any names involved with making films this lame. Guilty parties know who they are.

Lust purports to be the only true Giallo Movie ever made in the United States. It's a claim that doesn't really call for debate. You may recall Giallos as mostly Italian psychosexual murder mysteries populated by red herrings, heated libidos, mysterious gloved killers, and loads of style. Lust has all of those things (minus any real mystery - and no red herrings, either) but it isn't even close to a Giallo. It's not much of a movie at all, really. It's like calling a counter with some flour and sugar smeared on it a pie crust.

Trying to blame this crappy movie on the origins of cinema, a low-grade message before the credits indicates that since movies used to be shot on reels of film, Lust contains five reel-length sequences assembled in 'character order' or something. Our Giallo to English translator indicates this means; no plot, no throughput, no arc, no sense. It's basically the same sequence repeated five times, so here goes. Sort-of cute women sit around in a boring apartment rambling aimlessly and doing drugs. Somehow a man shows up, or the women get naked, and soft-core+ sex ensues, the type of carefully shot but un-simulated sex you'd find in the kinder, gentler X-rated movies of yore. Eventually a masked killer arrives and does a little killing. Repeat. 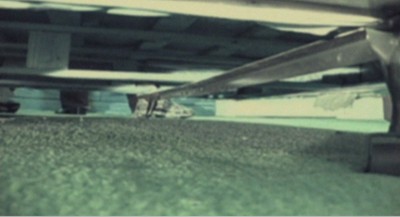 I'd be remiss if I didn't mention the girls, constantly hounded by an inept investigator, are all connected to the same dark secret - they seem to be covering for a serial rapist or something. But, you know, that's it. Varying degrees of suckitude marks everything else on offer. Lack of engaging plot aside, we have: unlikable, half-written characters, horrible production design, mostly awful performances, zero tension, unappealing sex, and tame, boring murders. We also get aggressive, annoying, pointless and inexplicable stylization that works like a hammer to the skull. But even this aspect underachieves, since it mostly comes in the form of randomly changing monochromatic lighting schemes. (When the killer kills, the lighting is red, get it?) Something open to interpretation (is it intentional, or complete ineptitude?) is the fact this looks to have been shot on an early version of a child's toy digital camera. The image moves haltingly, as if every other frame were missing, and looks like a lo-fi digital mess. 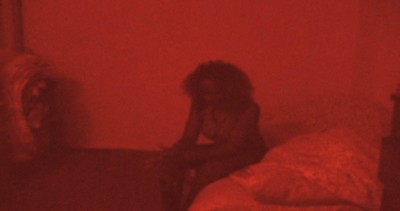 Video:
Claiming to be presented in a 1.85:1 widescreen ratio enhanced for widescreen televisions, this picture is a total visual failure. From the unfortunate color scheme to the bizarre appearance of the footage (herky-jerky, seemingly missing every other frame of information, soft, lacking detail, poor black levels, aliasing, posterizing, etc. etc.) it's just a bad, bad picture. Worse, the image is squished. Apparently starting from a full-frame master, it looks like they simply flattened the image to make it fit the new ratio.

Sound:
Unfortunately, I was able to decipher most of the Stereo Audio. The dialog isn't great, and recording quality from live sound or looping is full of echoes.

Extras:
You get a whole bunch of Trailers, Clips, Outtakes, and Previews to wade through if you're so inclined. Also, consider a 12-minute Lust For Vengeance Revisited Featurette, still another silly Outtake, and a weird two-minutes of Lust For Vengeance Trivia that first duplicates the long text-based intro at the start of the movie before doling out a few tid-bits of vital trivia. If you haven't had enough, there is an hour-long audio Podcast with the director, and a link to the second part of the podcast to be found online.

Final Thoughts:
Lust For Vengeance scores points for avoiding the usual clichéd white-bread cast. It loses those points for claiming first to be a Giallo Movie, and second for claiming to be a movie at all. Though this is the 75-minute unedited, 10th Anniversary Explicit Edition, it's still statically shot, amateurishly acted, short on scares, gore, and plot, and frequently interrupted for unappealing scenes of probably un-simulated sex; it just doesn't work. When you add in the fact that it appears to have been mastered incorrectly, all you can do is Skip It.