As a lifelong wrestling fan that unfortunately never has time to watch the full shows anymore, I was stoked to pick up Best of Raw and Smackdown 2011 and catch up on all the latest. From the Rock's return and CM Punk's scathing promo to the mostly excellent wrestling action, this 4 disc set promises nearly 10 hours of the best that the WWE had to offer in 2011.

Fans who love in-ring action will adore this DVD set. The WWE markedly improved its overall match quality since I was a regular viewer (up to 2006). I was thankful to notice many clean pins, less reliance on gimmick matches, and even a late attempt to revive the dead tag team division. I'd still like to see the titles given more prestige with lengthier title runs. It's absurd that John Cena is already a 10-time WWE champion and Randy Orton has held both titles 9 times total. 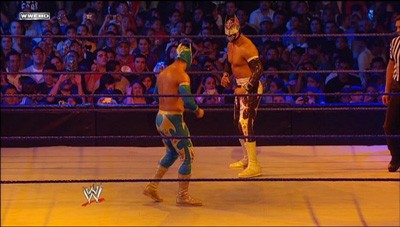 Obviously, the WWE would be silly to include a bad match on this set, but the variety of superstars included is impressive. You can expect a healthy dose of the WWE's varsity squad: John Cena, Randy Orton, and CM Punk. In 2011, Alberto Del Rio and The Miz cemented themselves as top heels; this set includes plenty of the two. Alberto Del Rio my favorite WWE heel since The Rock's original heel run with the Nation of Domination that catapulted his career. I was disappointed that The Miz wasn't featured a more prominently. Outside of the usual headliners, you'll also be treated to the rise of Sin Cara as well as the simple, but effective King Kong Bundy-like dominance of Mark Henry.

Best of Raw and Smackdown 2011 also includes many brilliant moments such as R-Truth's hilariously spiteful heel turn and The Rock's Fruity Pebbles slam. The best moment in the entire set, however, was CM Punk's incredibly honest, shoot-style promo that eviscerated the WWE and Vince McMahon. This promo stands among the best "shoots" in professional wrestling history. 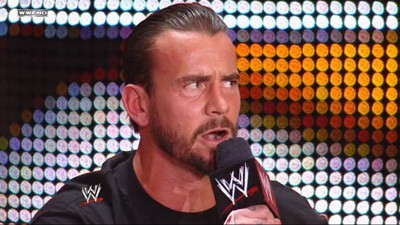 While the set is a WWE fanboy's dream collection, casual fans will be disappointed by the lack of context given to the matches. The WWE's outrageous storylines are the hook that keeps viewers coming back to their shows twice a week. Unfortunately, this set almost completely ignores the match build-ups. Even hardcore fans would appreciate more context to refresh their memories when they play the Best of 2011 discs years from now. I wanted to know why some of these guys were such bitter rivals. What kind of smack did they talk beforehand? How badly did the maul each other in previous run-ins? What happened when they met at the pay-per-view match that settled the score? The DVD set rarely answers these questions directly answered, although viewers can infer some of the information from the commentary. A small, thirty second introduction that described the match context involved would have vastly improved the quality of Best of Raw and Smackdown 2011.

Only one Diva match, Melina vs. Natalya is included in this set. I have no issues with this decision--Diva matches are usually when I make a snack-run or hit Skip on the DVR. Some fans, however, might be disappointed with the absence of Kelly Kelly or the Bella twins. Also notable is the complete lack of Late November/December 2011 content. Either it was a holiday season for the WWE or they ran into production time constraints. 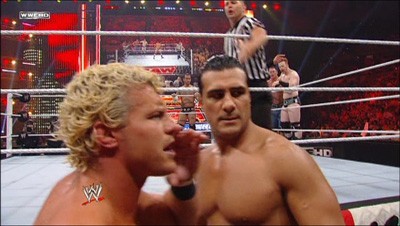 Below is the complete match listing:

Video: The video is presented in 16:9 anamorphic widescreen. This is the DVD set's greatest weakness and is nearly a deal-breaker. The video quality is heavily pixelated and often distracting. For this reason, I highly recommend spending a few bucks more and picking up the Blu-ray set if that's an option. The Blu-ray version also includes much more content.

Audio: The audio is presented in  Dolby Digital 5.1 surround. It's a good mix with crowd ambience occupying the surrounds while the wrestling sounds and commentary take place on the front stage.